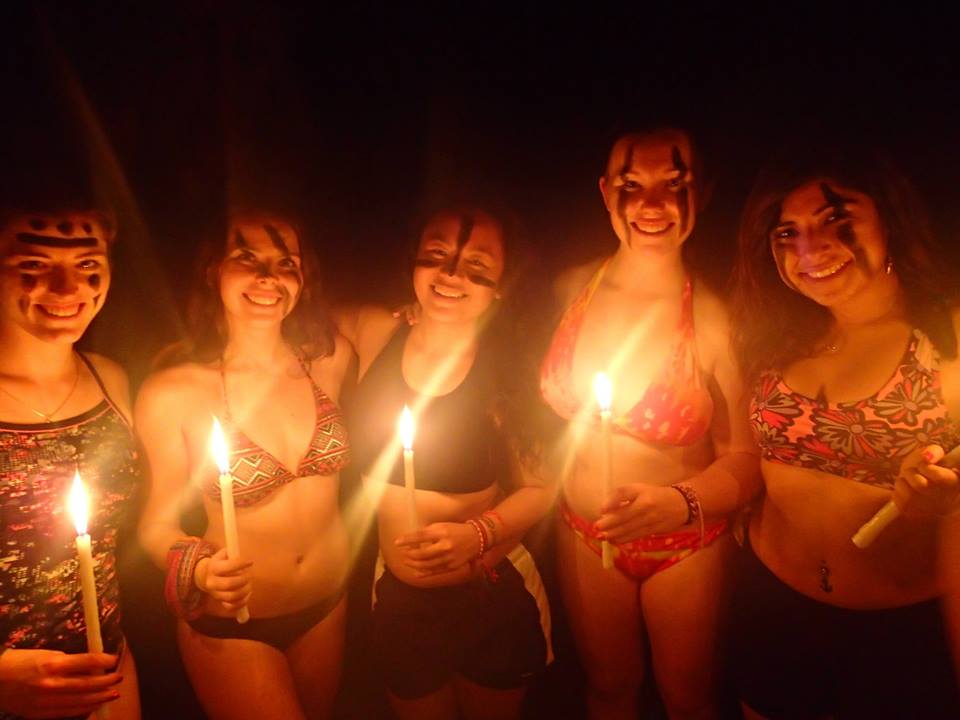 08 Jan A Journey through Guatemala

Posted at 21:54h in Central America by Operation Groundswell

One might ask, what does a group of young, passionate and curious university students get up to during their short winter break from school? They might find a nice beach to quietly catch some summer rays before heading back north to the ice-covered parts of North America. Maybe they catch up on TV and films on their sofas, spending as little mental energy as possible before heading back to their class rooms and books…

Maybe those same eight young adults, armed with only a taste for adventure, a heart for exploring and a mind for learning, decide to spend their winter holidays in Guatemala broadening their conceptions of Latin America, human rights and community. There, they find a place to extend their brains and their arms to embrace all things possible, and sometimes, previously inconceivable. 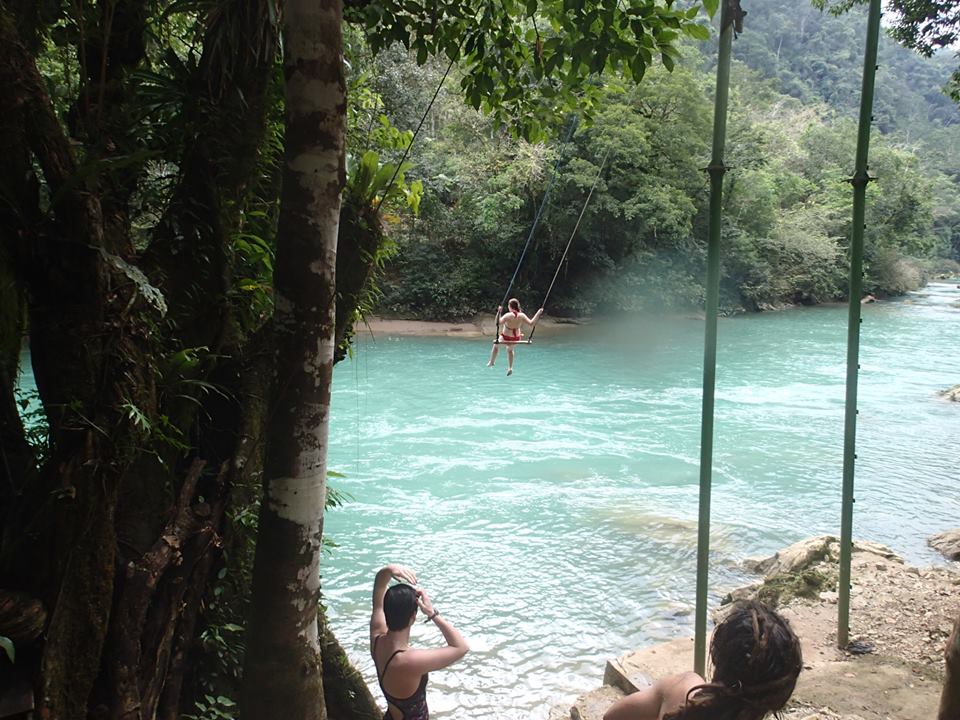 Lindsey and I were fortunate to meet a group of people just like this and to have the opportunity over ten days to show them a country and introduce them to a people we love. We walked, trekked, traversed, drove and explored our way through Guatemala’s cities and back country.

Guatemala is a country rich in culture and deep in history, and we didn’t waste a minute before jumping into our research and education into Guatemala’s stories. In the Museum of Martyrs we heard from Cesar (the brother of a man disappeared during the country’s conflict), and learned of the tragic and awful struggle Guatemalans faced during their long and brutal civil war. 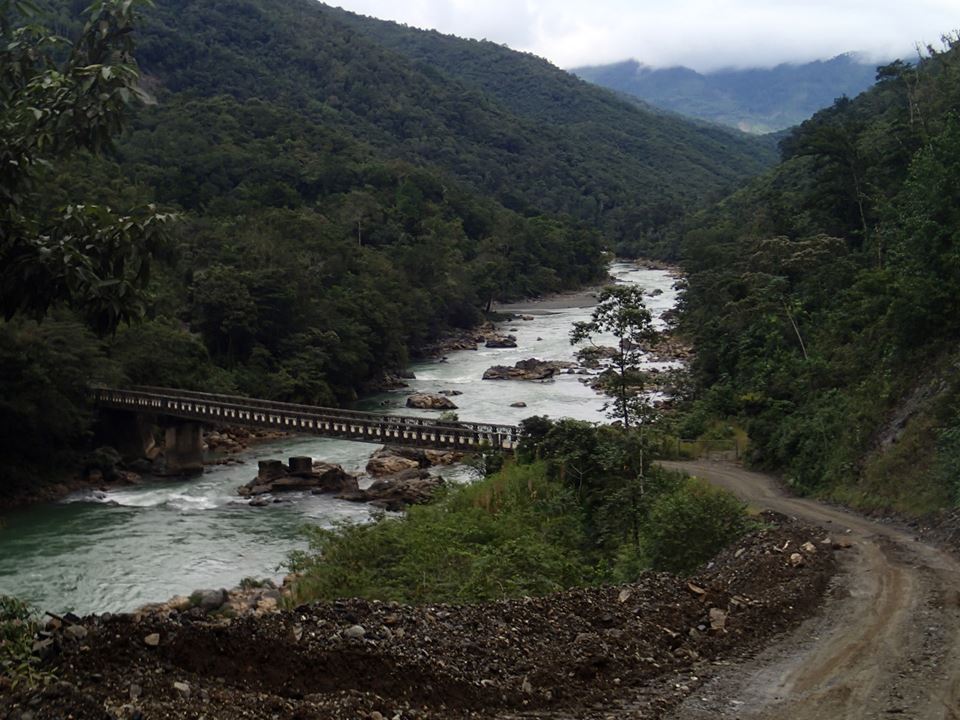 We were taken on a tour of political street art and told of its importance by an organisation called H.I.J.O.S, a collective of sons and daughters who fight to remember the past and to hold onto memories of family members no longer with us. We met community members who once placed themselves on the front line of civil war just ten years ago and who now continue their battles against big business and corporations in modern Guatemala. 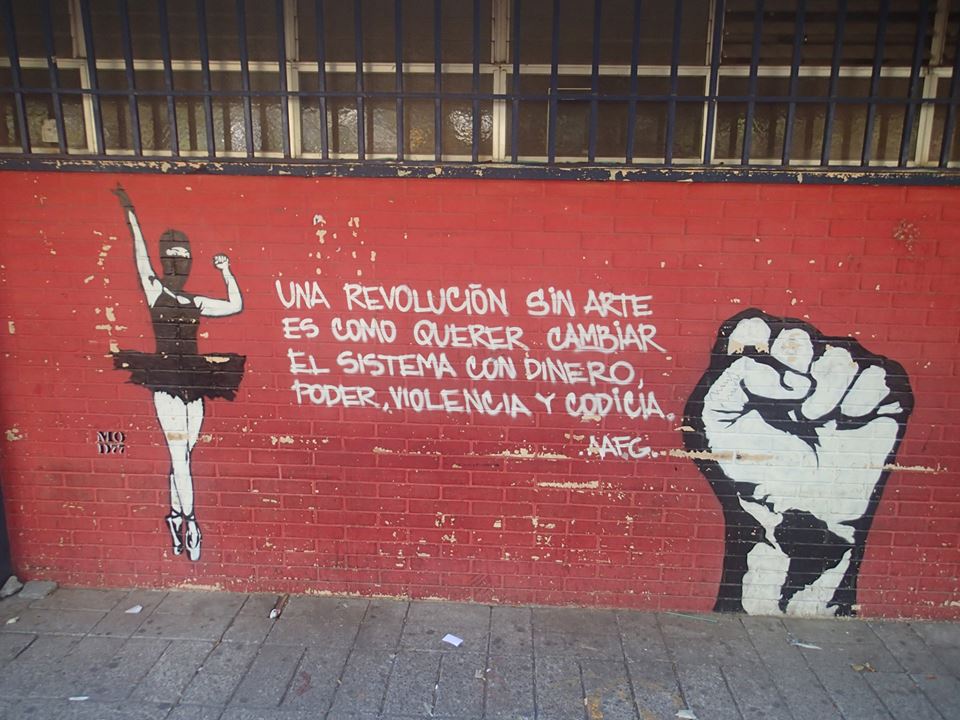 We visited three individuals whose modern fight for community freedom and basic rights has put them in jail. Men who have had to leave family and communities behind for an act that has only ever been proven by testimonials, with no hard evidence.

Although Guatemala is a difficult country to absorb, it was important that we also showed as many sides of the country as possible. We visited and spent an afternoon with Filiberto, a coffee farmer outside of Antigua, and heard his uplifting story that has transformed him from a struggling campesino on the side of volcano to a community leader who is now able to provide education and health care for his 11 children.

We also enjoyed and soaked in the waters and sunshine in one of Guatemala’s many incredible and scenic natural reserves, Semuc Champey. As the hours and minutes closed on 2013, we explored caves by candlelight Indiana Jones-style, we floated down rivers on tubes, hiked through sub tropical forest to breathtaking views, and swam through crystal blue lagoons down a valley enchanting and remote. 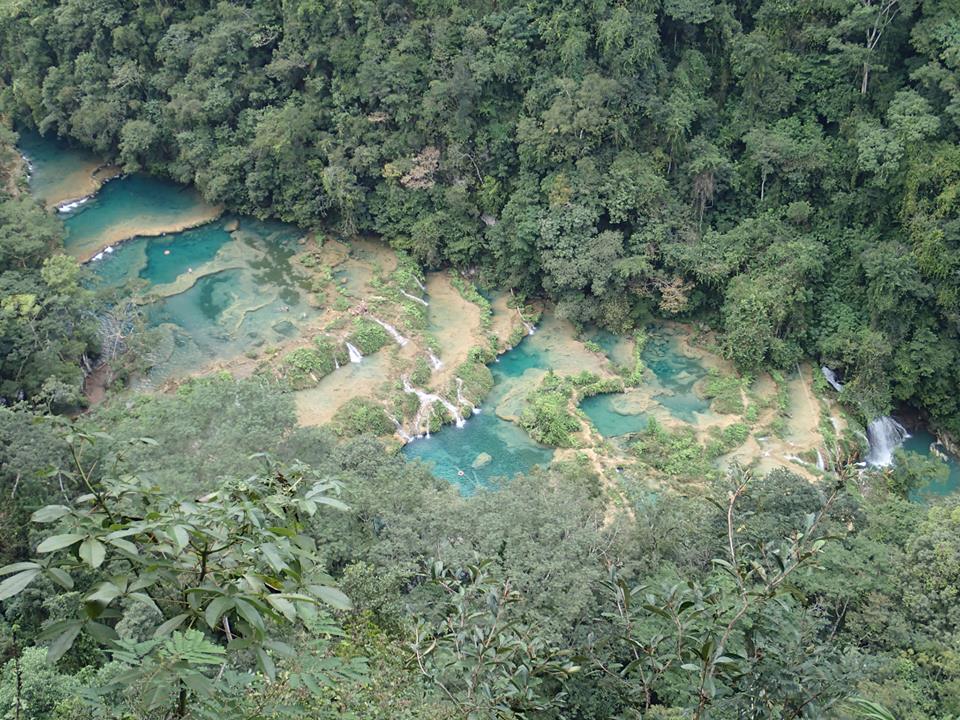 The ripe beginnings of 2014 brought multiple journeys in the back of small pick-up trucks where we all came to enjoy 360 degree panoramas of the green Guatemalan landscape, wind in our faces and a travelling experience we (almost) all came to agree is far superior to sitting inside a vehicle. These bumpy and adventurous roads finally led us to La Paz, a community in the district of Izabal. It was here, over the course of two days, that we explored the modern day struggles and their impact on small communities and indigenous families, in an area where the kings of land are not local leaders but international agribusiness and mining companies. 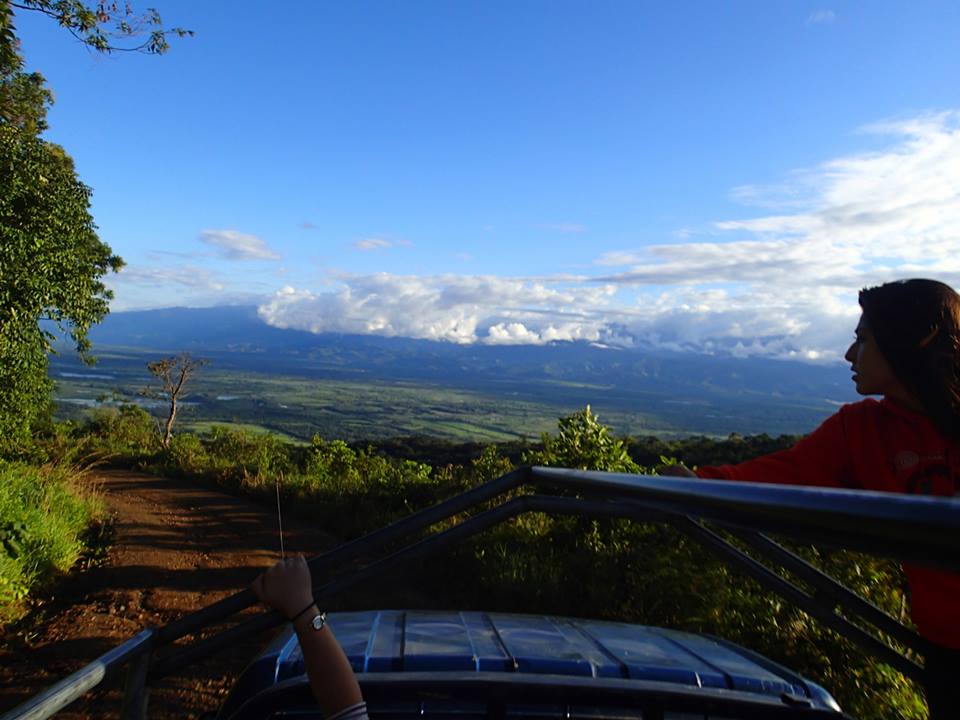 It was a blessing and a lesson to live alongside these people, to learn their stories and to experience a little of their lifestyle — even if only for two days. We played with the children and shared smiles (along with hair braiding and bracelets). We attempted to work alongside the men, and ended up amazed as we watched them plant trees and clear land faster than we could drink water in the hot sun. We visited and spoke with other neighboring communities who seek just a small amount of permanency and justice in their lives. 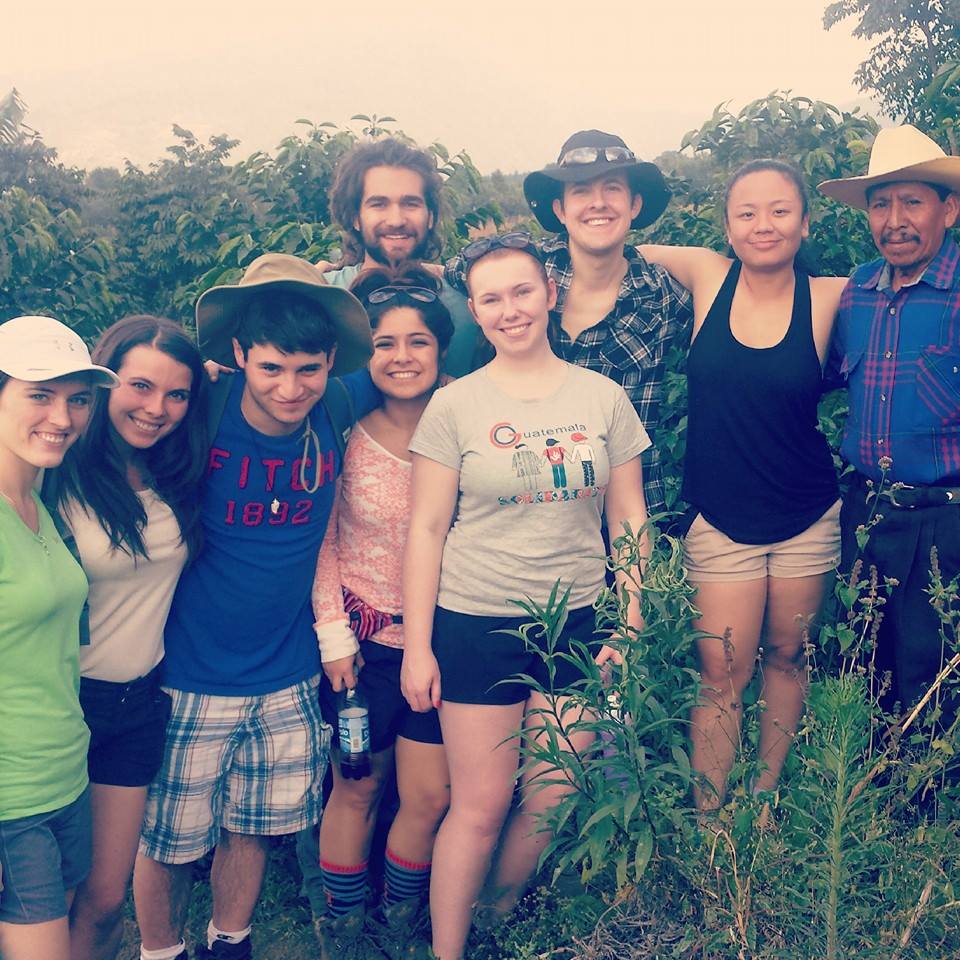 Guatemala is hard place. It contains a contrast of beauty and magic with cultural struggles and social challenges. No matter how tragic or difficult their stories though, we were constantly welcomed, charmed and taken in by the people, the vistas, the food and the Guatemalan energy.

Guatemala is how eight individuals from the USA and Canada decided to spend their winter. Guatemala will remember us, and we will forever remember our journey through this spectacular place!

Hope to see you in Guatemala soon! Hasta pronto.

Get outside the classroom and into the real world and join us in Guatemala for our Alternative Reading Week or Alternative Spring Break program!