Posted at 14:38h in South America by Operation Groundswell

Our journey to get to Iquitos was by far the biggest and most beautiful adventure we have experienced in some time. To get to Iquitos one can fly (which takes only a few hours) or take the route we took. We started with a long bus ride out of Lima that would take us to a town called Tarapoto. The bus ride was a non-stop 30-hour gruelling ride in and out of various cities going north along the coast.

The bus only stopped twice along the route. The first time was for lunch on Day 2 and the next time was at 4:30 or so in the morning when most of us were fast asleep. Meals were given on board and were not so pleasant to eat. We were not surprised to be given chicken and rice once again!

Our thirty hours were not so bad really. We spent plenty of time talking to each other and switching seats. We also got to see the transition from Lima’s desert landscape to lush jungle vegetation and fantastic mountains! Seeing the jungle for the first time (even from the window of a bus) is breathtaking!

When we got off the bus in Tarapoto, we stayed in a hostel for one night. The next day we needed to catch an early morning combi (van/bus that is packed tight with people) that would take us a couple hours to a port where we would board a three-day ferry ride through the jungle towards Iquitos. These ferries (launchas in spanish) are known for leaving on their own schedule. Sometimes people wait two whole days for the boat to be packed full before finally setting off. In our case, we arrived at noon only to watch our launcha just leaving the dock. At this point our trip leaders rapidly made arrangements with a local motor boat driver to take us on his large boat (resembling a very long canoe) to catch up with the launcha. While this was occurring we were all scrambling to buy hammocks which we’d need as beds on the launcha and snacks for the three days ahead. 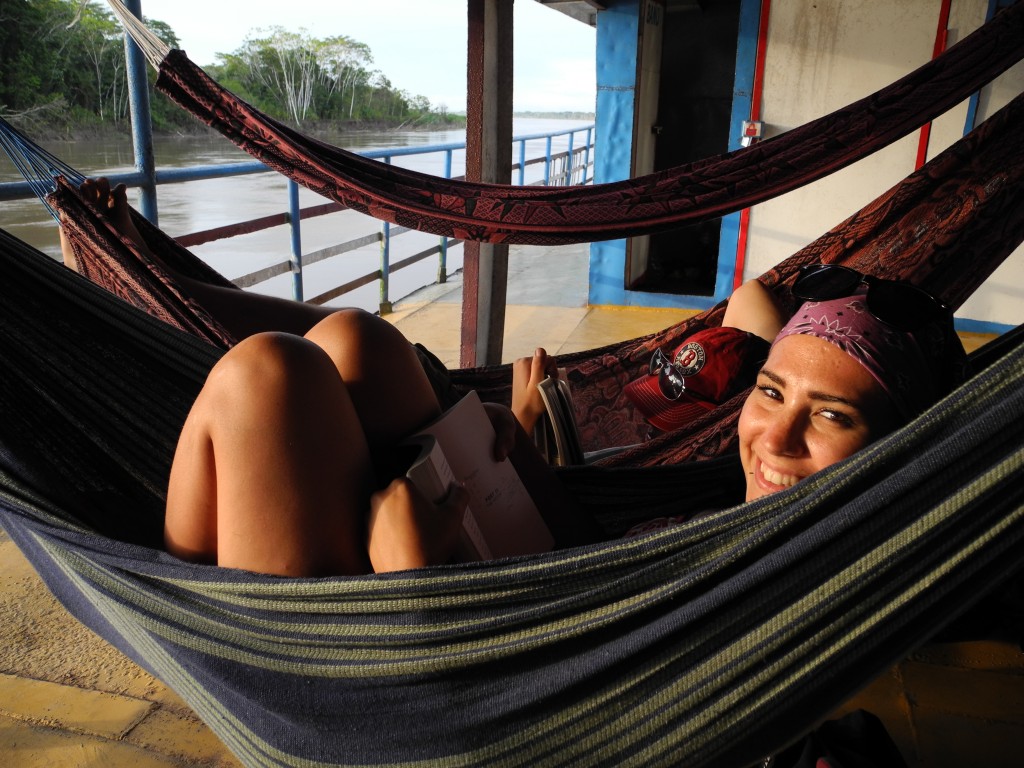 We soon after loaded onto the motor boat and started our chase (albeit a very slow chase) toward the launcha. It was so, so, so beautiful; it is hard to describe. All around us was jungle, so green and dense and amazing! The river water was a muddy brown and it was so close we could touch it! Our motor boat took us to this tiny little village where we hopped out and took motos (tuk tuks) to another shoreline where we boarded new boats to take us further along the river. After about an hour, we finally saw our launcha. With enough whistling and waving, they noticed us and our boats met up and we climbed on board the ferry. 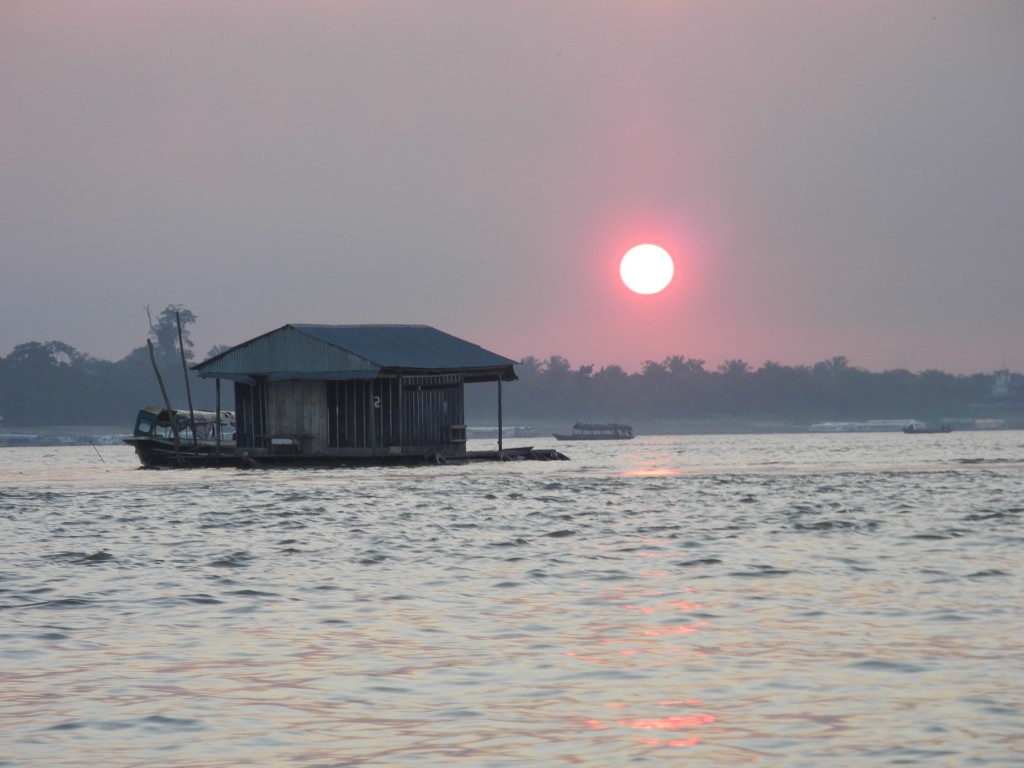 The views from our ferry. We could get used to this!

The ferry was an experience in and of itself. Three days on a boat sounds daunting, but we all fell in love with that boat. After setting up our hammocks, we looked forward to hours of relaxing and lazying about. Interspersed with questionable meals and some very fun peulot, our days were spent playing cards, reading, getting to know each other, and looking at the amazing view of the river and jungle shoreline.

It’s hard to describe what it’s like to be staring at the jungle at midnight and waking up in a hammock to the jungle in the morning. Beck and Jesse told us that the boat would be arriving early in a town called Nauta and rather than being relieved that the boat ride was over, we were all sad to say goodbye.

We are now in Iquitos and it is simply wonderful! Lots of colour everywhere and roads filled with little motos and scooters (it’s very rare to see a car). We’ll go more into detail about our time in Iquitos in my next post but for now we’ll say that it has been really great to be stationed in one place for over a week, to get to know our way around, and to start our first volunteer project!