02 Aug A New Home in Manali

Posted at 06:39h in South Asia by Operation Groundswell

From New Delhi, the group embarked on a 15-hour overnight drive to Manali, in the state of Himachal Pradesh. 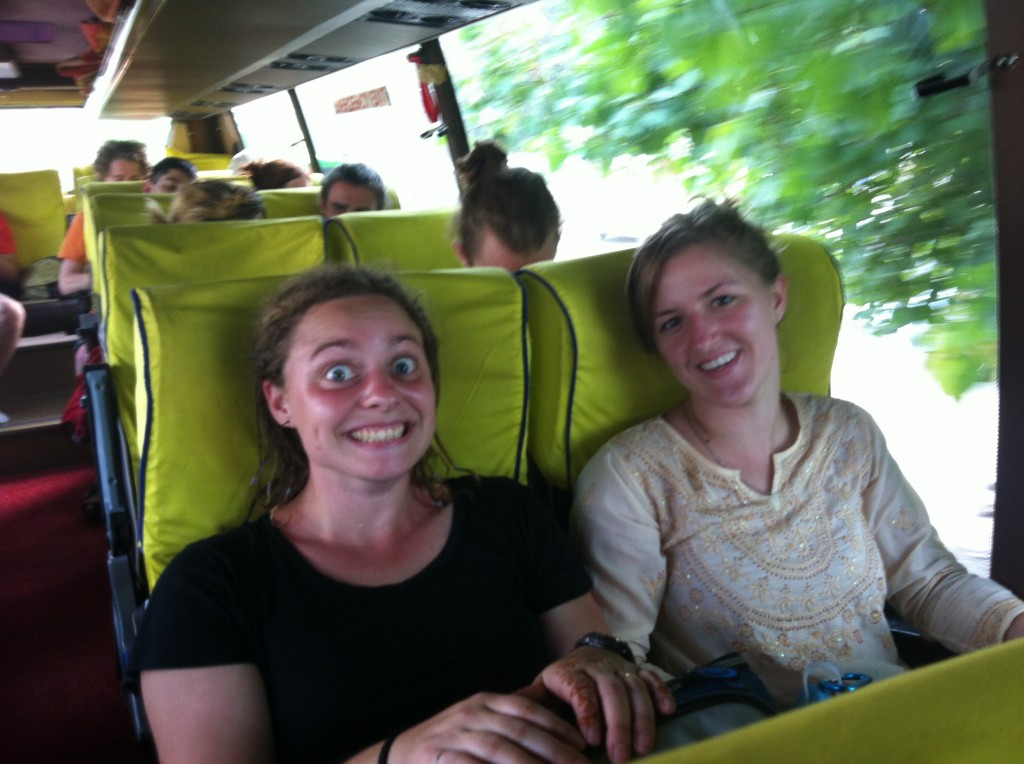 On our overnight bus to Manali

We awoke in the morning to our first taste of India’s notorious monsoon season, with torrential rain streaming down the outside of the bus windows. Despite what people say about India’s drivers, our bus driver was determined to get us there on time and safely. 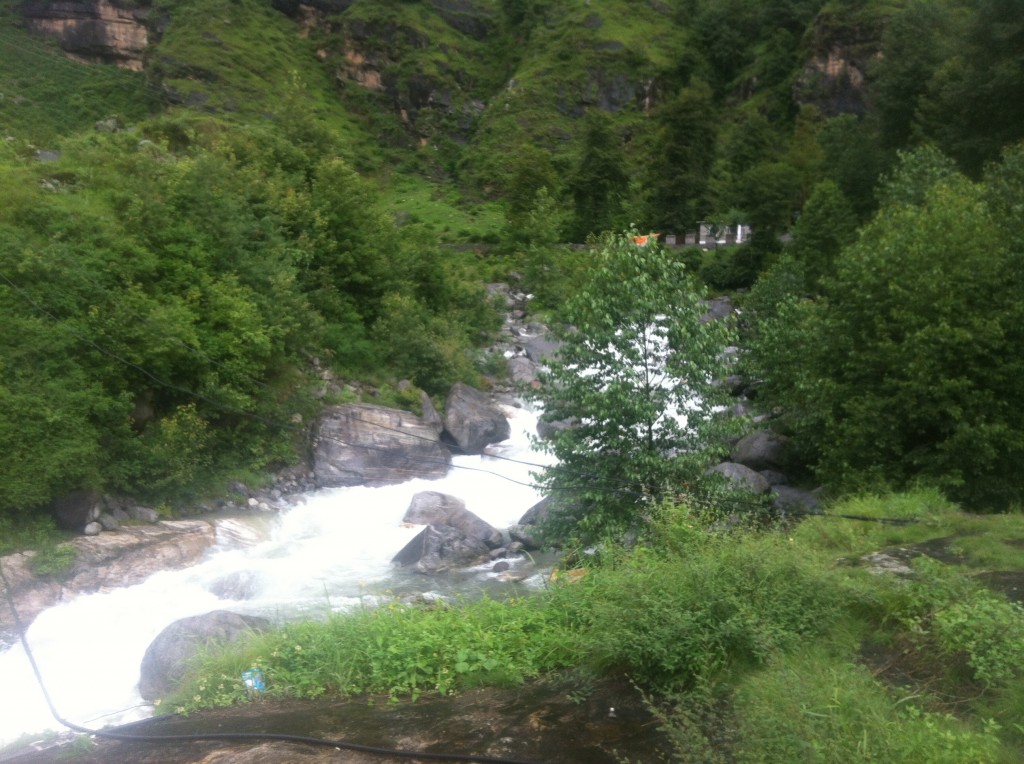 After the bus ride, the group was ready to take on Old Manali. The calm, mellow atmosphere was a welcomed contrast to New Delhi’s sweaty chaos. Even the difference in landscape was obvious and immensely enjoyable. Manali is host to a magnificent green landscape and picturesque mountains, which we explored on our first day with a small hike. Despite the rain, the group stayed in high spirits and enjoyed the much-needed physical activity. 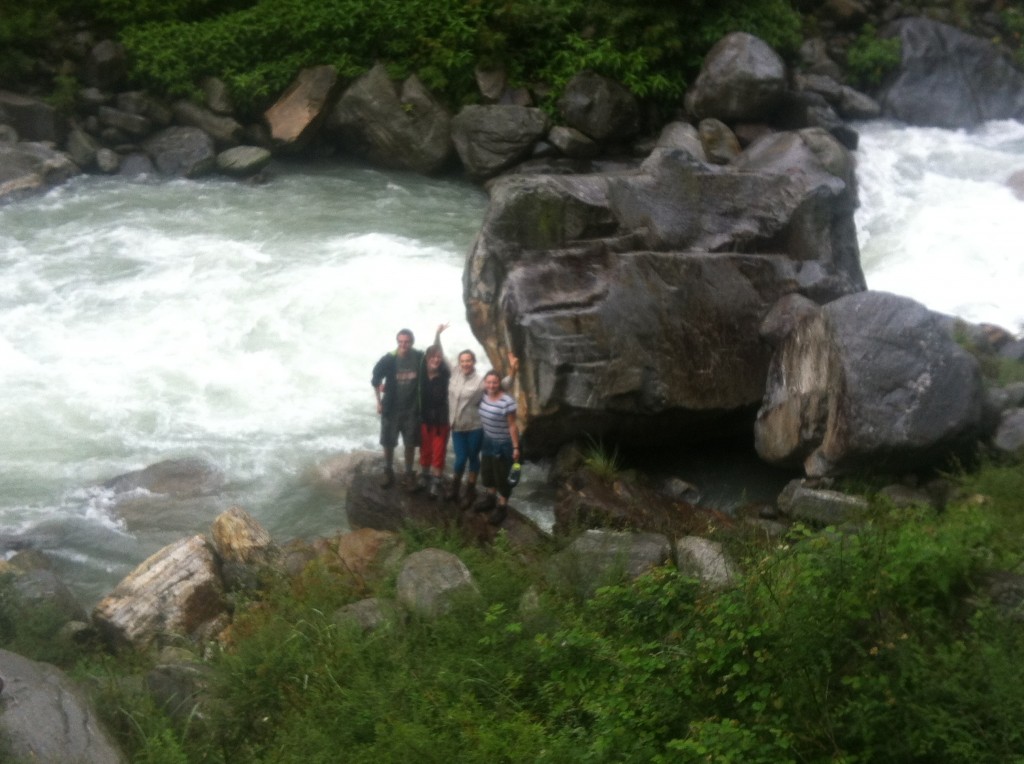 A leisurely hike for our crew!

On our second day, the group experienced what Operation Groundswell is all about – backpacking with a purpose. We had the opportunity to partner with Om Shanti Om Trust, an NGO that was founded in September 2012 to educate Manali’s community about the environment, improving environmental conditions and about healthy living. We joined their efforts in fundraising for the recent flood in northern India. In June, a multi-day cloudburst centred on the state of Uttarakhand caused devastating floods and landslides that killed more than 5,000 people and displaced about 100,000 pilgrims and tourists. We helped run a fundraiser at a nearby guesthouse, bonded with locals and other backpackers, and enjoyed live music and a delicious dinner and cake. 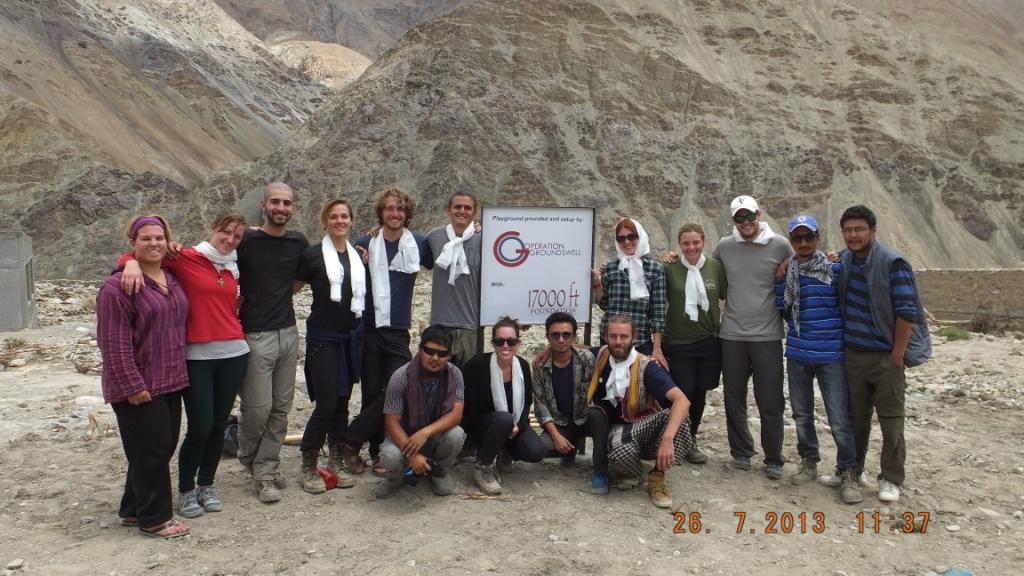 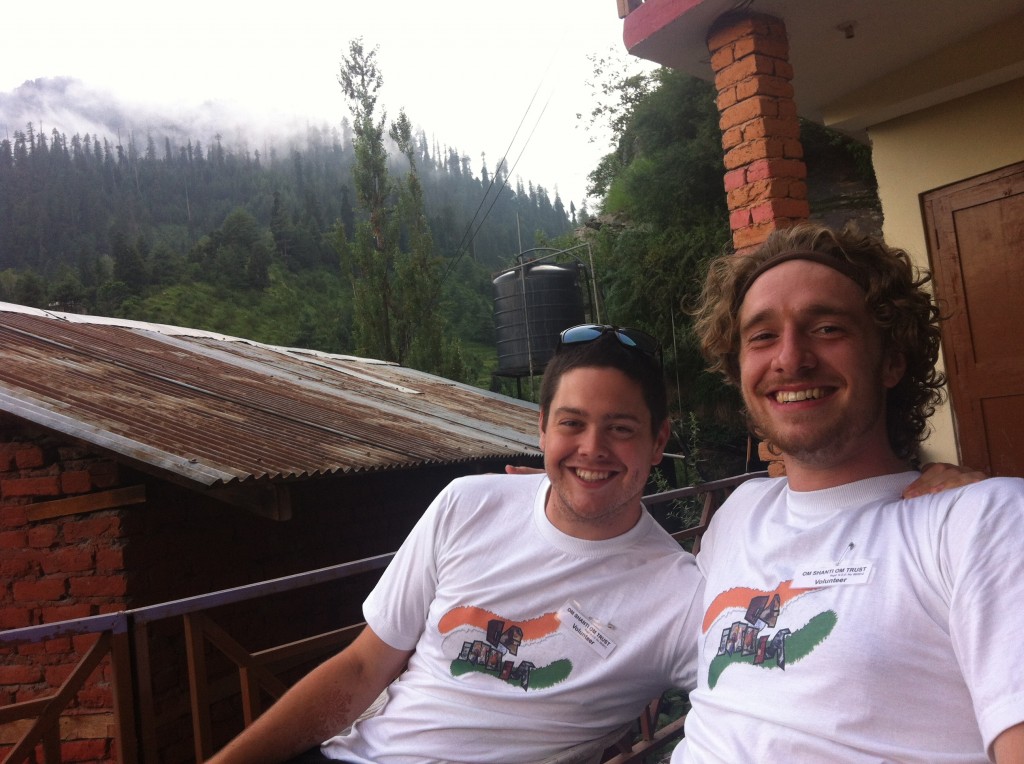 The next day, we made a trek outside of Manali for a pre-high altitude adventure. We took a bus from New Manali to a small village called Kullu. 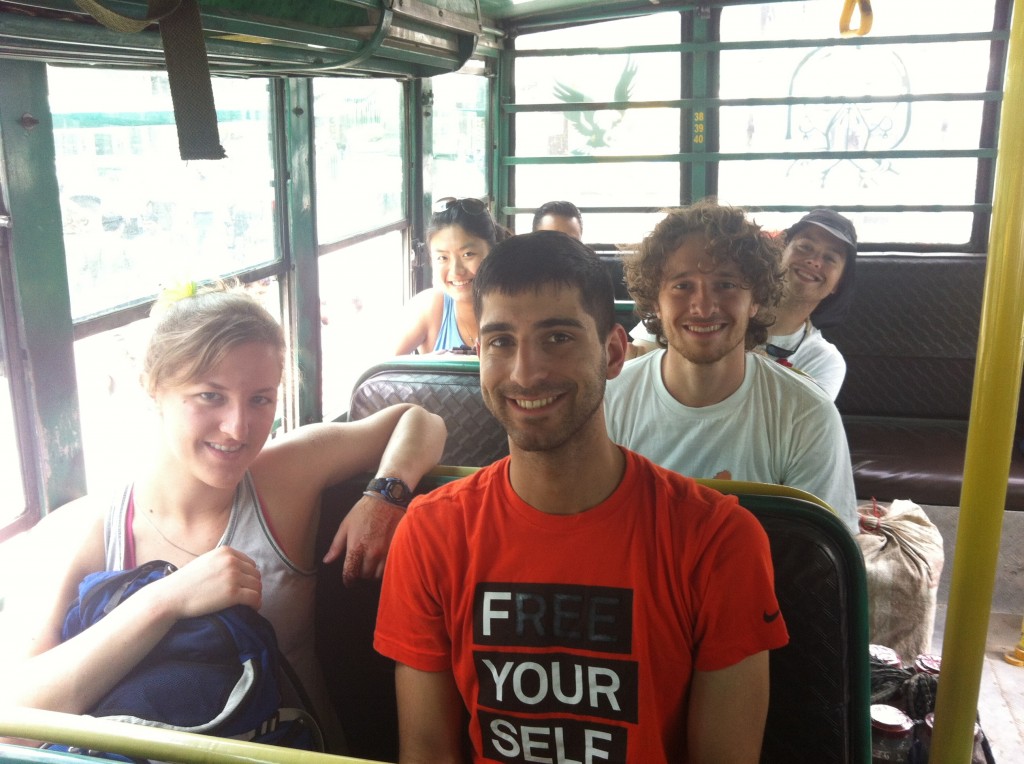 On a bus again!

A 45-minute taxi ride later, we filed out of our ride and made the trek to what one participant nicknamed the Stairway to Heaven. This ancient stairway stretched a couple of kilometres up the mountain to reveal a beautiful temple and a breathtaking view of the Himalayan valley. We sat and absorbed this fantastic view, mingling with the clouds as we laughed, rested and meditated in celebration of our climb. 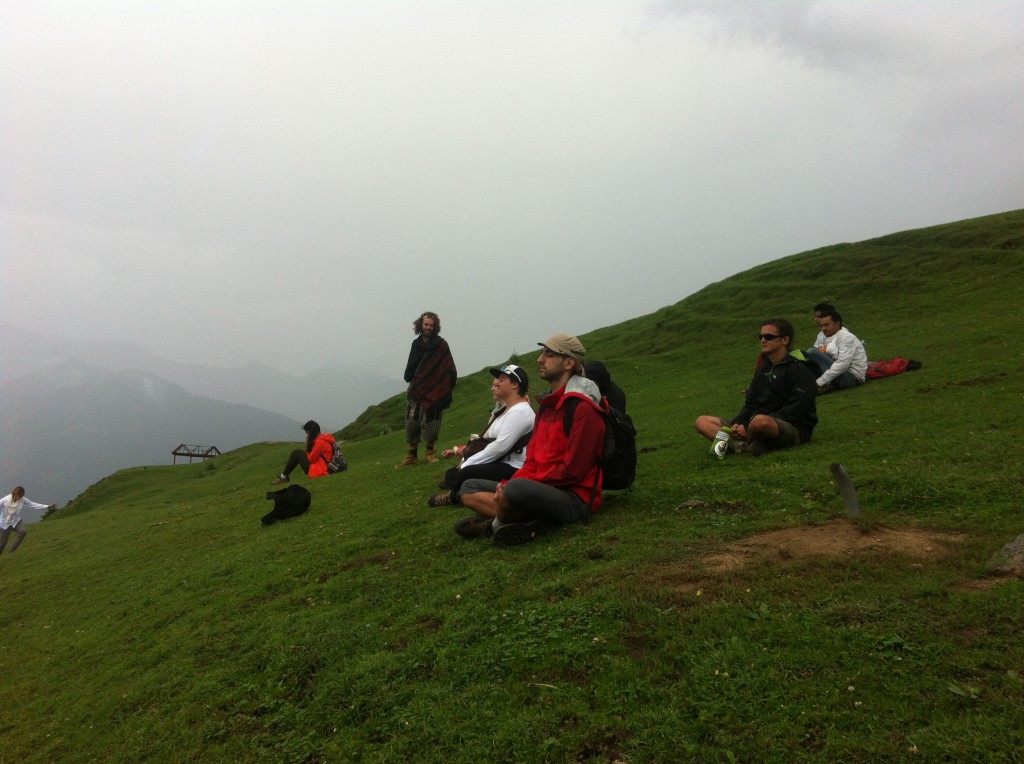 A little meditation to keep us zen

After making an offering at the temple, we drank some well-deserved chai with the locals and began our descent, which unsurprisingly, took nearly half the time the trip up did.

While some of the group was a bit tired and hungry, it was agreed that the day was well-spent and that the night was still young. We had one more important task to complete, which was to celebrate the birthday of one of our beloved trip leaders, James Little! The group all gathered at the People Café in Old Manali where our other beloved trip leader Natalie surprised everyone with a Bhagsu cake from James’ favourite region of India, Dharamshala. We proceeded to start his night off right and so ended this wonderful day of discovery and spoils. 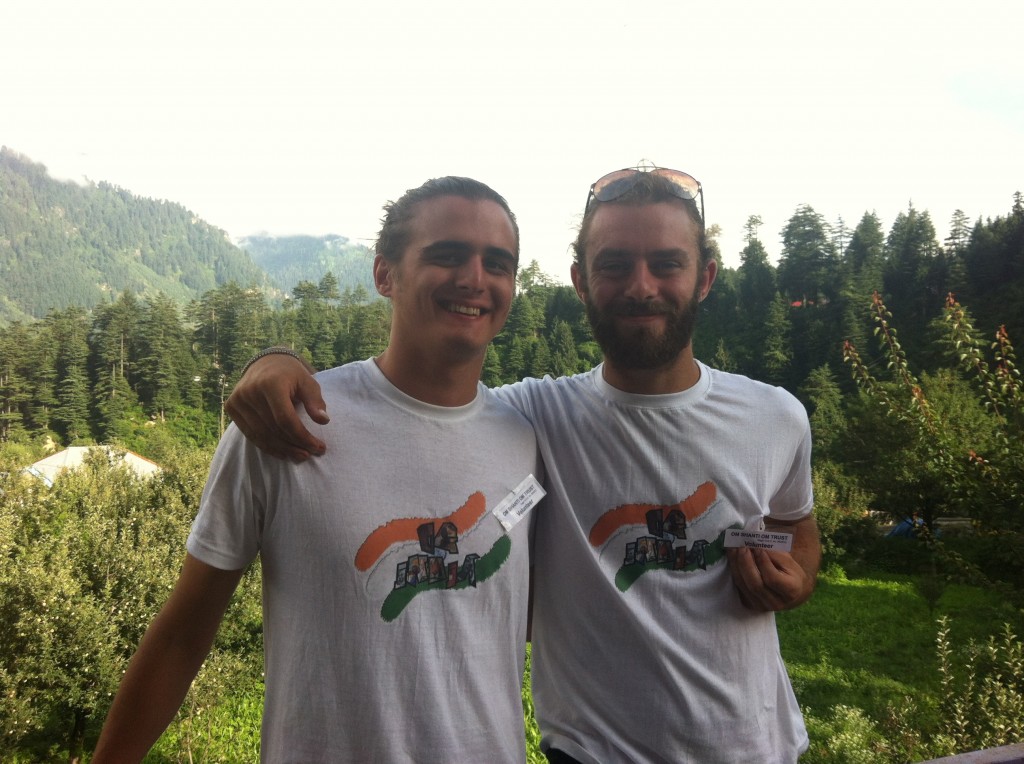 For many of us, Old Manali felt like a second home. For a few participants, it appeared to be a shopping haven (and they made many friends up and down the main road). One participant even bonded with the owner of our hostel and plans on returning during independent travel time. Each participant took a piece of Manali with them, from memories to memorabilia (and another pair of travel pants), so it’s unanimous that Manali lives on in everyone’s hearts.