22 Jul A Week in Lima and No Lima Beans!

Posted at 10:38h in South America by Operation Groundswell

Written by Jennifer Taves and edited by Katie Stern.

For many of us, our Operation Groundswell adventure started in January with an application and Skype interview regarding a trip we might go on. This idea became a reality as we began arriving in Lima and met Matt and Lindsey at the airport (who were dressed in bright orange sweatshirts and wearing huge smiles).

By July 3 we had all arrived although a number of night flights meant we met as a group for the first time the following day over breakfast and then bonded over a walk to our first day of Spanish lessons. For some of us the five days of lessons was a crash course introduction while other fluent speakers had an opportunity to learn the native Inca language of Quechua. Our first afternoon was spent in a downtown park right on the Pacific Ocean getting to know our fellow volunteers’ names, nationalities and how we laugh as we played various get-to-know-you games. 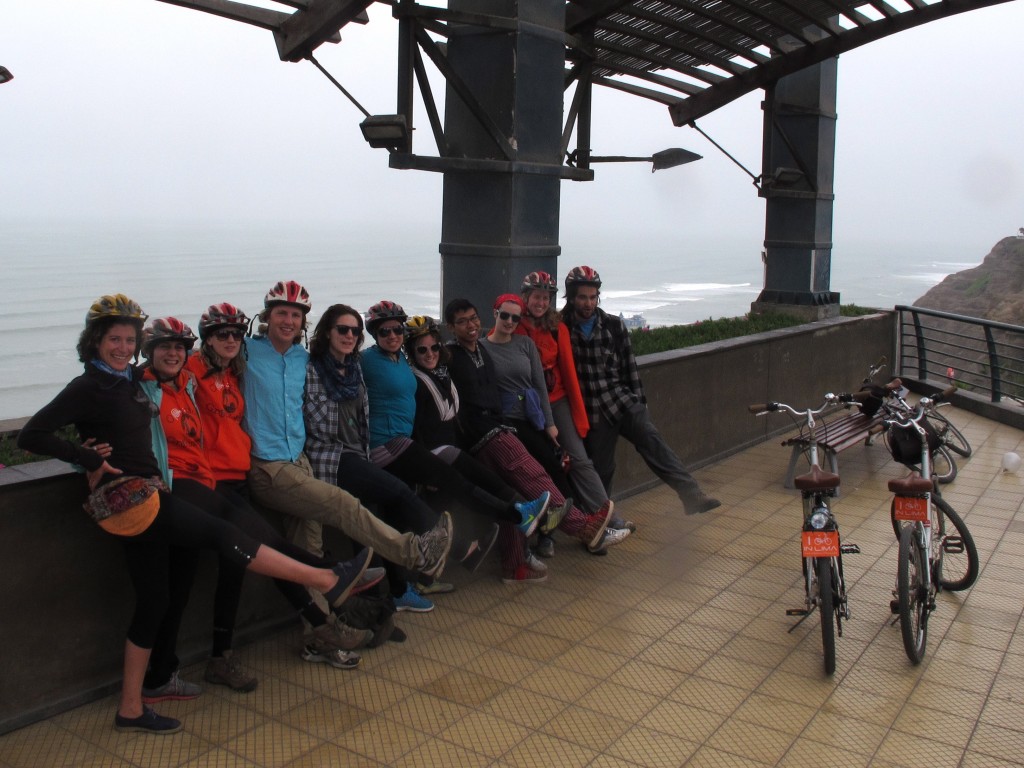 We spent a week in Lima hanging out with one another and adjusting to life in Peru. We toured downtown Lima riding the newly constructed transit trains, walking the capital’s plaza by the presidential home and touring a historic Franciscan monastery and its catacombs. Breathtaking! Have you ever seen a book written in the 1400s?

Our first Saturday in Peru provided us with a taste of life outside of Lima. We took a two-hour public transit bus ride to the city of Pachacutec. This community is a huge settlement that was recently founded when the government opened up desert land for people to build homes on. One family graciously welcomed us into their home and we spent the day with the patriarch Dario who told us about living in Pachacutec. While the land was provided, the community has had to either provide for themselves or fight for everything else. Dario’s house was an insightful mix into real Peruvian life with no sewage and a roof built of overlapping tin sheets, but had running water, electricity and a computer in the corner. 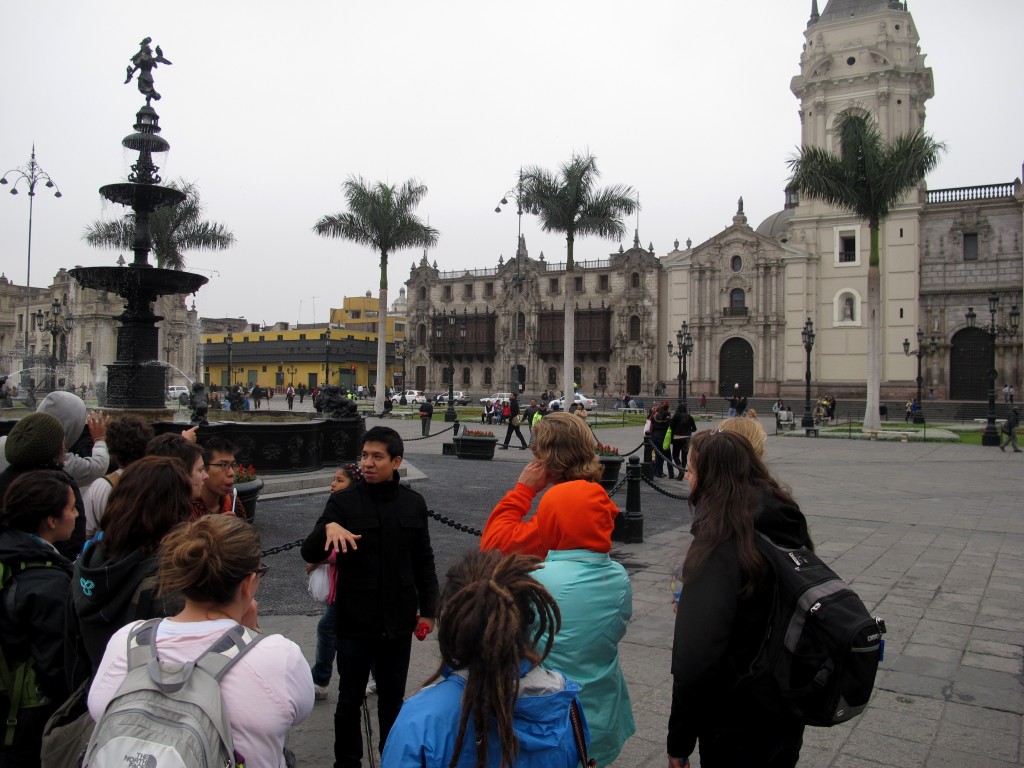 Riding the local bus out to Pachacutec.

Sunday was another eye-opening experience as we discovered that one of the major streets in Lima is closed each week for people to walk, run, bike or rollerblade on. There is also free volleyball and dancing lessons!

The next three days went by in a blur! We continued Spanish lessons in the morning followed by various other activities. We spent one evening learning to make a traditional meal of arroz con pollo (rice with chicken), which was a whole lot more complicated than it sounds! We spent a more serious afternoon visiting a photography exhibit in Peru’s national museum. The exhibit gave a glimpse of Peruvian life during the 1980s through 2000 as the country struggled with internal terrorism. As a visitor from a stable country (Canada), it was impossible to imagine what these two decades must have been like. 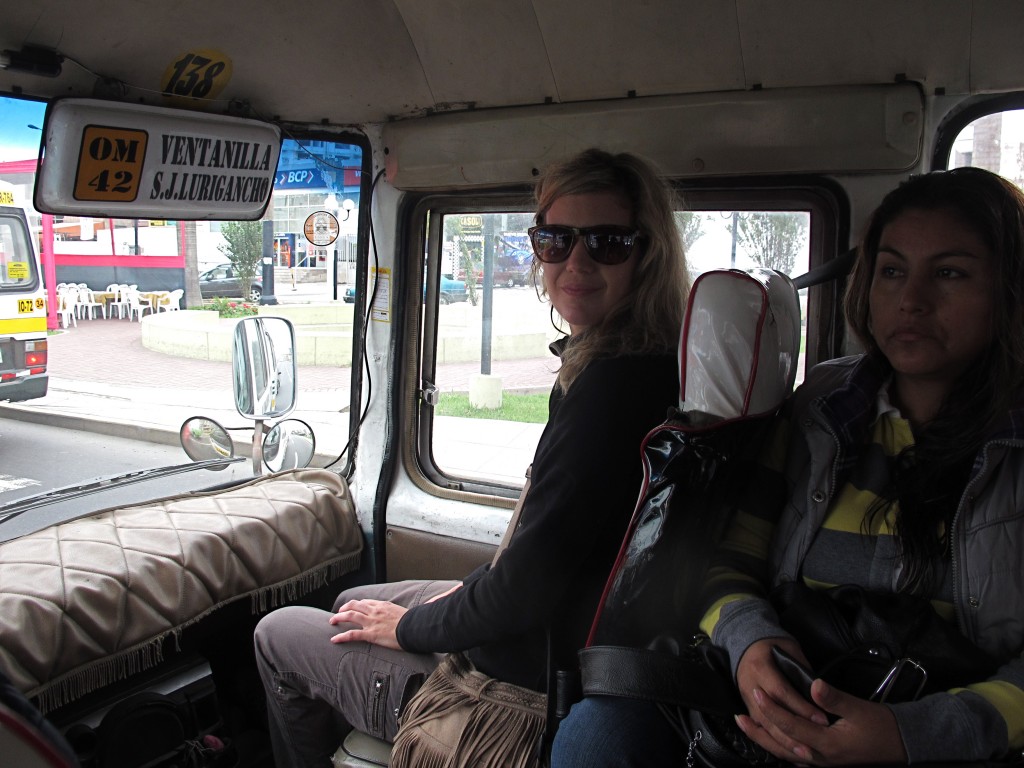 The rest of our time in Lima was filled with small yet awesome adventures! We were able to sample local food as we navigated menus at various restaurants and a very delicious street stand. It seemed as if everywhere we went someone was stopping to try a new food; arroz con leche, chicha morado or hunting to the find the best empanadas.
We realized we had already been in the city for a week and it was time for us to leave Lima. From here we will travel to Cusco and start our volunteer projects. One week has already passed and we are all excited for what the next five weeks has in store for us!