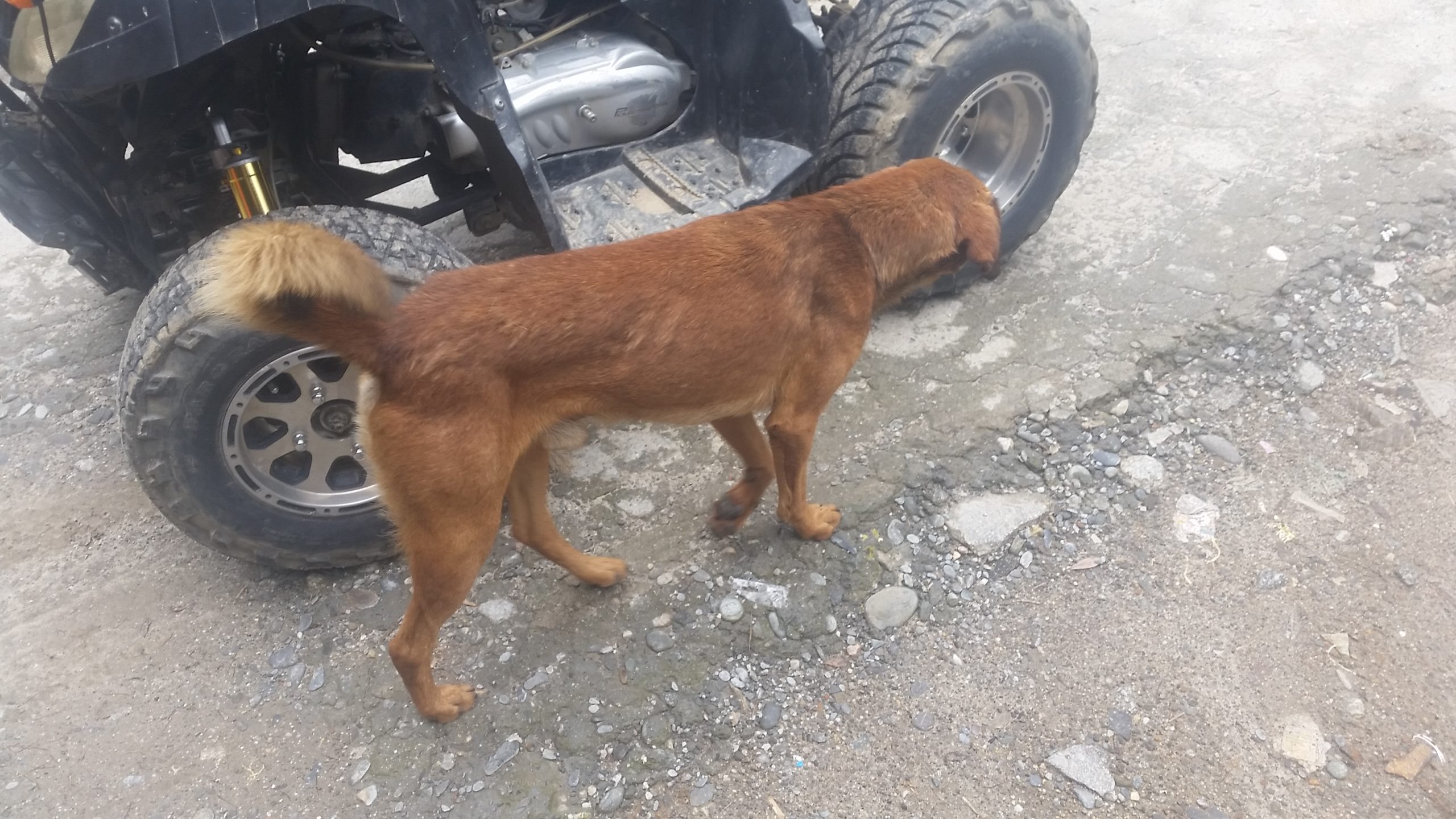 28 Jul And Still He Follows

Posted at 21:37h in South Asia by Eric Schreiber

This dog’s been following me for a while. It’s not a bad thing, actually it’s a pretty good thing, fun even. Referring him to “This Dog” seems to have a negative connotation, but that’s only because I haven’t given him a name yet. 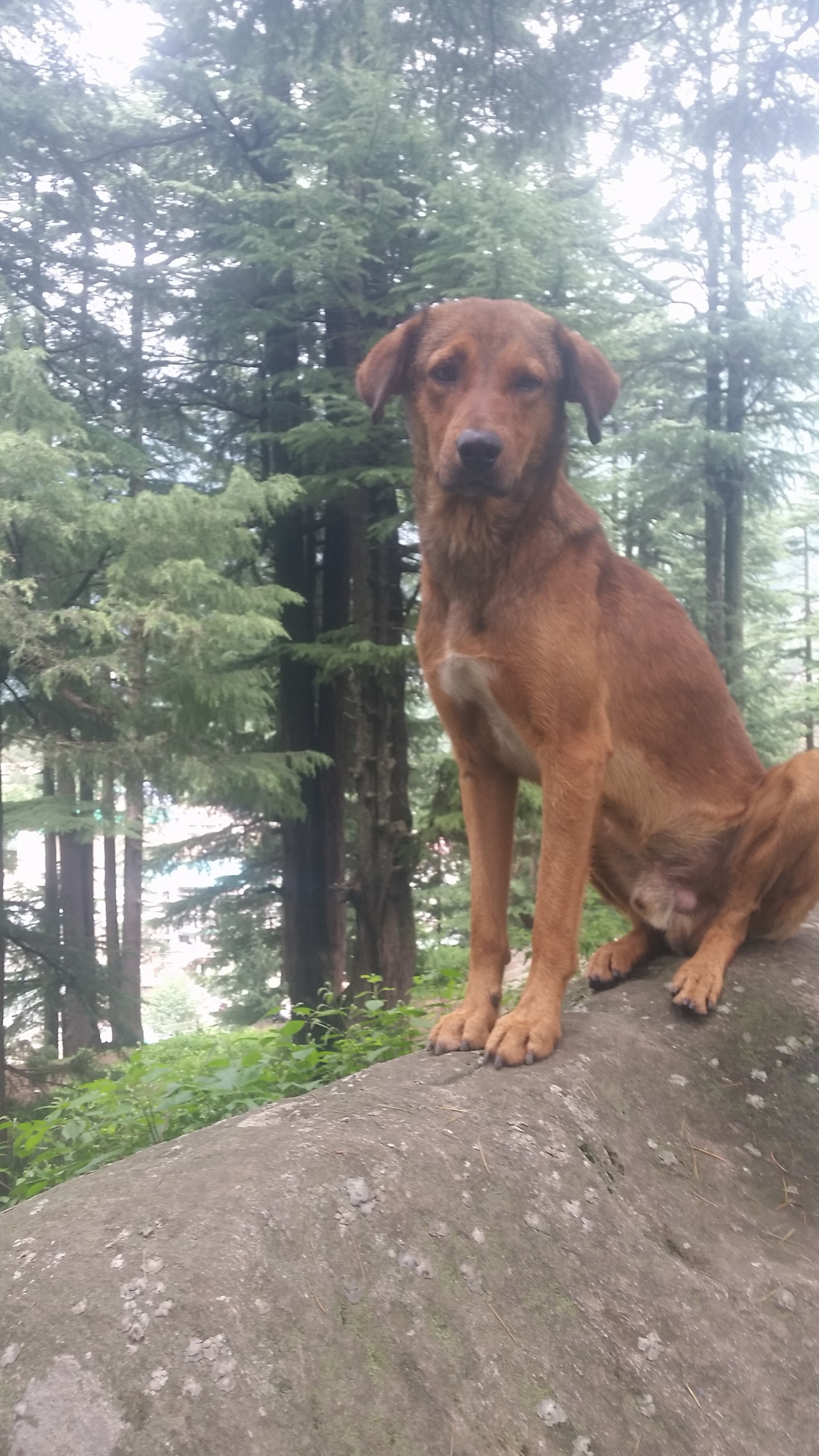 Our group was given some free time by our program leaders after visiting the Ghatotakch Open Tree Temple in Manali. After passing a number of saffron sellers and rabbit handlers, this dog began following me. To be straight, I did whistle and snap my fingers at him to follow, and follow he did.

He was bronze and brown. Good fur, not patchy at all. He stood strong and curious. The kind of dog that you would wonder where his collar was if back in the U.S. Really, most of the dogs here you tend to wonder that.

There was a hesitation in his step when we passed through the gate from the path to the temple and the path to the streets back to town. It’s possible he’s rarely been this far from the temple, but still he follows. We walked for a long while, and whenever possible, side-by-side. If he would stray from the path, whether that be to visit a tree or another dog, he would still return to my side, even without my calling out to him. And still he follows.

After winding roads and streets we came to the stone staircase through the forest that leads to the main road in Manali. In this wooded path there was a rock that he climbed. After following me for so long, I decided to follow him. Up atop that rock we sat. Serene and peaceful, we just sat there. We stared through the woods towards Manali. I never had a dog while growing up, only through friends and family was I able to enjoy their company. This was the most connected I’ve ever been to a dog. 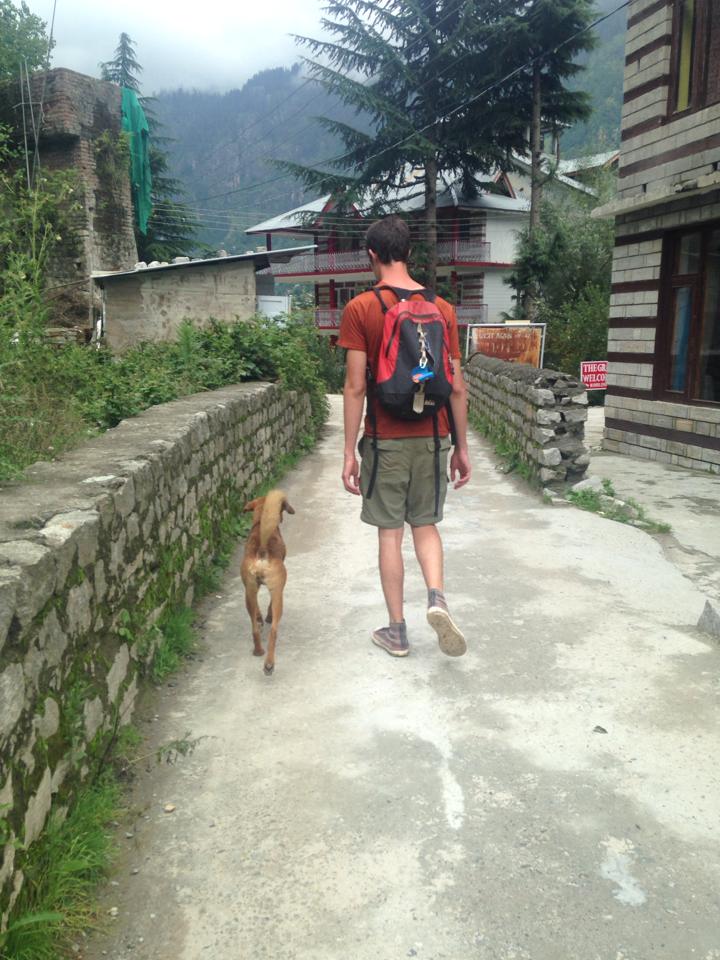 By this point one of our group has named him Henry, and I had no objections. I rather liked it. It suited him. We had made our way down the stone staircase in the forest and have now reached the main street of Manali. He had fear in his eyes. I’m positive he’s never been this far from his home. We crossed the bridge into town but that’s as far as he went. He would go no further. The streets were too fast and dangerous. I tried to offer him some water, but every time he retreated. I wish I could have given him something for his company, but I wasn’t able. We had to go, and I had to say goodbye.

The next day we left for Leh.  As we drove out of Manali, we looked to see if we could spot him. There were numerous strays on the street, but none looked like Henry. I was saddened that I wasn’t able to wish him well once again. I’m glad that I have photos of him. I look back at them from time to time.