04 Jul Back from the Beach: Southeast Asia Animal Conservation Wraps Up in the Big City

Posted at 12:21h in Southeast Asia by Operation Groundswell

Suntanned and full of delicious seafood, the ladies headed back from their temporary homes in Southern Thailand to reunite and disorient Operation Groundswell style! 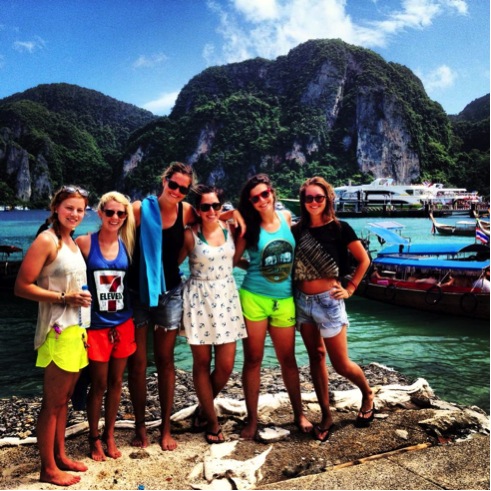 Six of the ladies basking in the beauty on ITT!

Once all nine ladies had slept and showered, it was time to do what we do best – eat! The team got jazzed up once again for a last big night out together. We headed to Cabbages and Condoms, a restaurant promoting family planning, safe sex, and social development in Thailand. Curries, mountain chickens, som tam and tons of delicious sticky rice were consumed until the girls could take no more! After some photo opts with the colourful condom people and light fixtures, we were off to fulfill one of the last requests from the ladies … KARAOKE! Ryan’s Thai was used once again to fix us up with a room for 11, fully equipped with all the karaoke essentials. Vinyl benches, a questionable sound system, two microphones (germ covers included), and a large music list ranging from 1965s Temptations to 2013 Macklemore all combined to produce two hours of magical vocal harmonies! Some of the ladies weren’t finished there and convinced us old trip leaders of one last visit to the famous Khao San Road (KSR) for farewell drinks. We obliged and caught up with the insanity of KSR for one more night of laughs, scorpion snacks, and embarrassing dance moves! 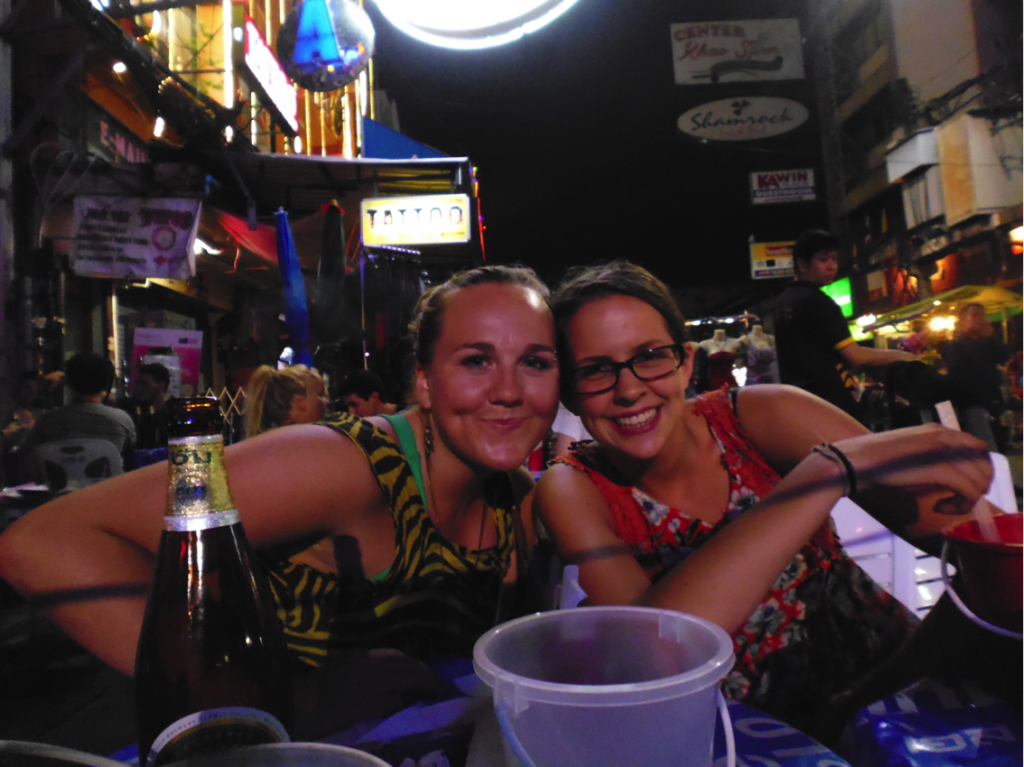 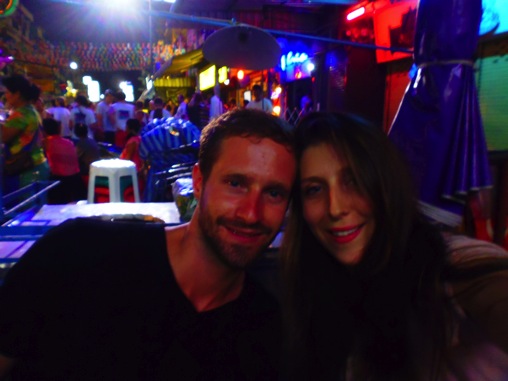 The next day began with the usual Bangkok breakfast of fruit shakes, iced coffees, fried rice, pad thai or muesli and yogurt. Once stuffed and feeling good, the girls headed to our park to share their low-lights and highlights of the last six weeks. Low-lights including 27-hour bus journeys, wetting the bed, and almost pooping in public. Highlights included exploring an absolutely beautiful part of the world, hanging out in a Lahu village, bathing elephants and meeting amazing new people every step of the way! We chatted about the trip, and about the potential for culture shock when everyone arrives at home, and recognized each wonderful lady with an OG award of greatness. The team was also asked to describe the entire trip in one word. Unexpected, Lush, Super, Transformative, Indescribable, All-encompassing, Extraordinary, Forever, Feminine and Irreplaceable were the 11 words chosen to recount the last crazy-amazing six weeks of travel through Southeast Asia!

With city lights reflecting off the river and a nice breeze, the ladies said their last goodnights and farewells on our guesthouse rooftop. We snapped a final group shot after several failed flash attempts and Ryan’s bad shutter timing! Ryan and I are taking the lot of smiles as a job well done (don’t mind if we do).

Since OG never really does goodbye, SEA Animal Conservation is signing off with a big See You Later! 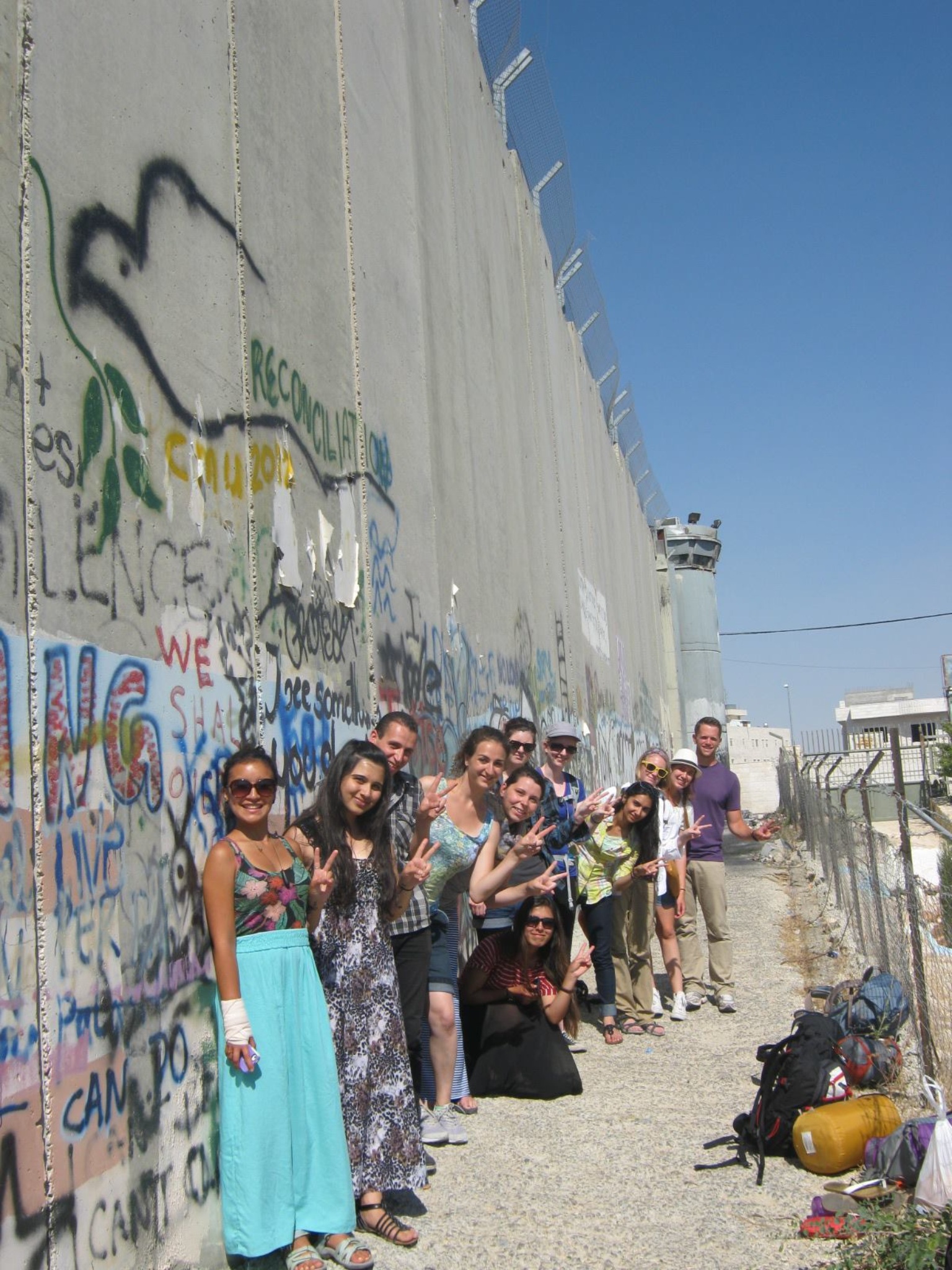 A final group shot, but never a goodbye!