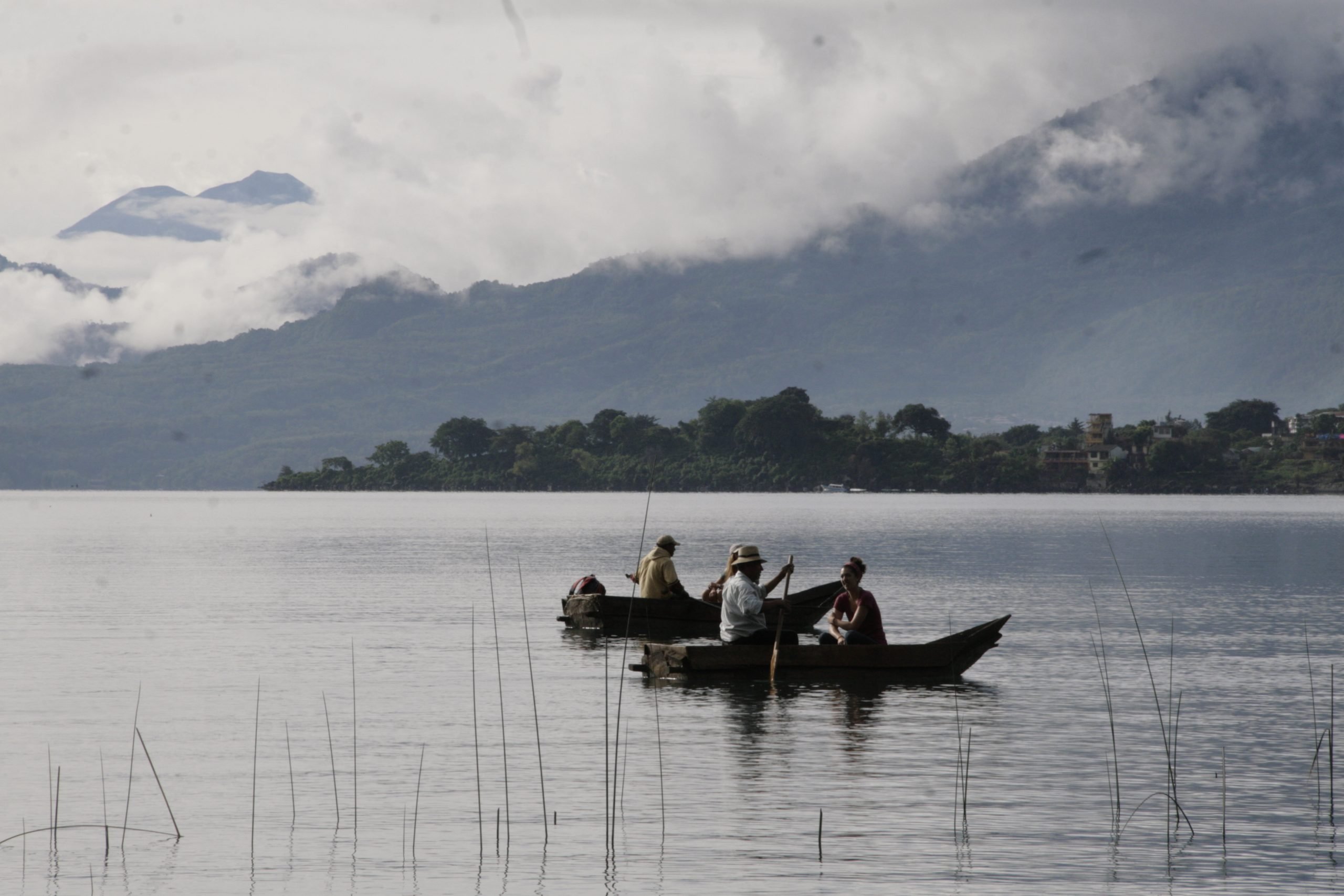 Posted at 21:47h in Central America by Eric Schreiber

“So what?” is the question my Grade 9 English teacher, Ms. White, encouraged me to use as a tool to expand, dig deeper, and fully iron out an idea that was itching to be developed over the course of a riveting and most definitely thought-provoking three-paragraph essay. Now, far from Grade 9 and much further away from using only three paragraphs in one essay (sigh), I maintain that probe to guide my explorations and adventures throughout this world. Presently, this question leads my curiosity to seek out more stories about and from Guatemala.

I often forget how simple it is to find out more about the people you meet travelling by asking one-word questions: “how?” “why?” “when?” etc. When I was reminded on this trip of how much more you could learn with one-word questions, I was thrilled. Not only because this was a simple way to educate myself about Guatemala and its people, but also because this meant I could put my 30-word Spanish vocabulary to use for more than just waving and saying “Hola” in a most-obviously Gringo accent to every Guatemalan I pass. (Which I still love doing, and in the classic extremely-friendly fashion of the Guatemalan people, they always say Hola back 🙂 )

Every person I have met here in Guatemala has a different story, and they cannot wait to share it with you. In Quetzaltenango, better known by the Guatemaltecos as Xela (pronounced Sheyla), I met a wonderful woman part of an organization called AMA (Associacion de Mujeres del Altiplano). Her face is almost always in a smile, and her expression lines are testimony to the fact that when she is not smiling, it is obvious that she will burst into laughter within the next 20 seconds.

She invited our group to learn how to back-strap weave, the technique of weaving used by the majority of the women in Guatemala. She demonstrated and helped members of our group try our hands at weaving (which I did, and while I was slow and needed a reminder of the next step every step of the way, it was awesome). She was wearing one of her homemade woven shirts. It was a typical style that we had already seen on the majority of women in the country and we were all a little curious about it. Someone asked, “Is that a bird on your shirt?” She explained that it was a Quetzal, Guatemala’s national bird. The reason it is there is not only because it is the national bird, but also because it was one of the two Mayan Gods that created the Earth and all that is on it. Someone else asked, “How long did it take you to make your shirt?” “Two weeks,” she replied to the sound of us in awe. For most of us, dedicating more than an hour to an artisanal craft is something we have never done, and may never do in our lives. 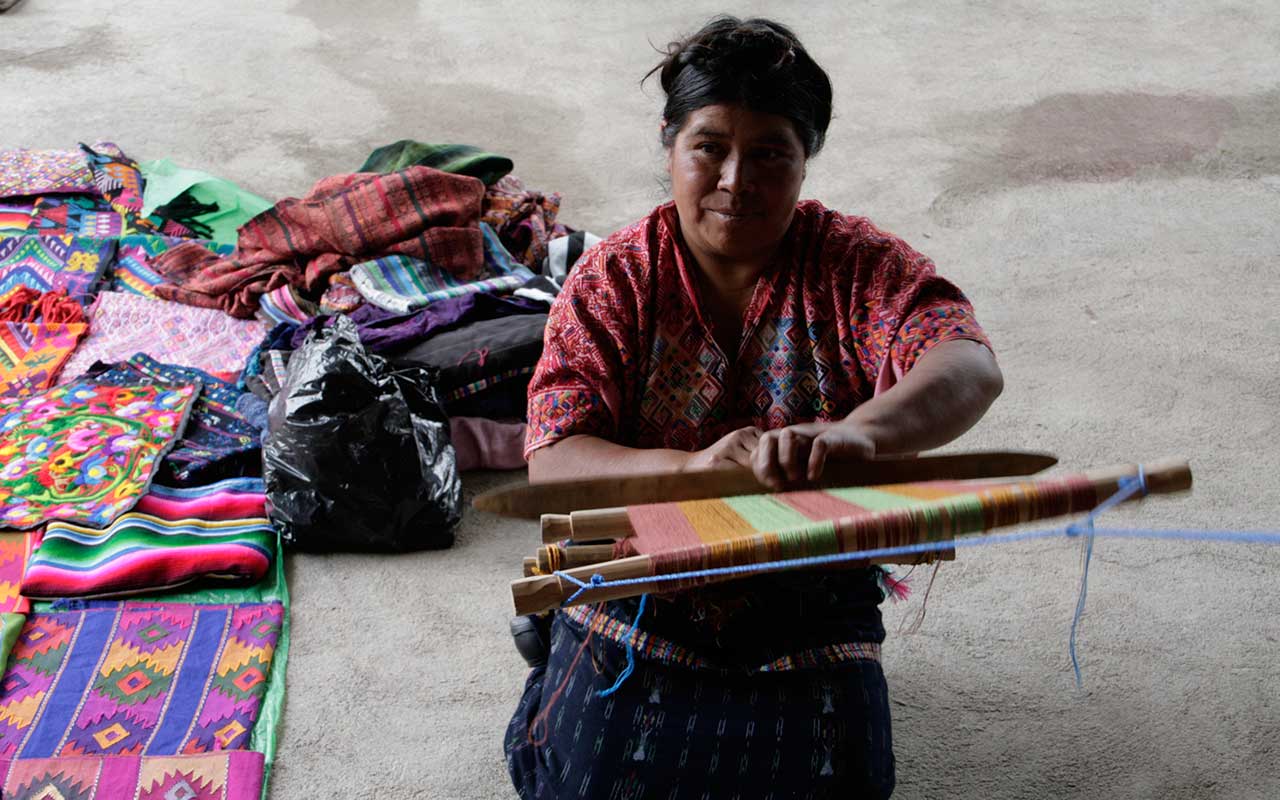 In San Juan, a small and extremely friendly town on Lago Atitlan, we had the opportunity to meet many Guatemalans who live and work there. One man was working with Ben and the Operation Groundswell gang on designing and creating a medicinal plant garden. Ben and Bobby had been joking that in Guatemala, they say you can tell how hard someone has been working by the number of tortillas they consume in a day. They both noted a mutual friend who is one of the hardest workers they know, and accordingly devours tortillas like it’s his full-time job.

I asked the medicinal gardener out of curiosity how many tortillas he eats during an average day. His answer was short and simple, “four times a day.” At every meal, and then in between sometimes. While he did not deliver a specific number it was clear by the fact that all his meals involved tortillas that the number was pretty darn high. We were all standing there taking a pause from our rock-moving and wall-building when he then asked us a question, “And do you know why tortillas are so important to Guatemaltecos? Do you know why we eat so many?” No one in our group did, and before we knew it we were off on a thirty-minute story about how the world was created according to the Mayan tradition, corn being a very central part to this story. This conversation sparked several other subjects, “How many Mayan languages exist in Guatemala?” “Do you speak any?” “What is a nawal?” By the end of the afternoon, our bodies and minds were exhausted, leaving us all with lots to reflect on in our journals and with each other. 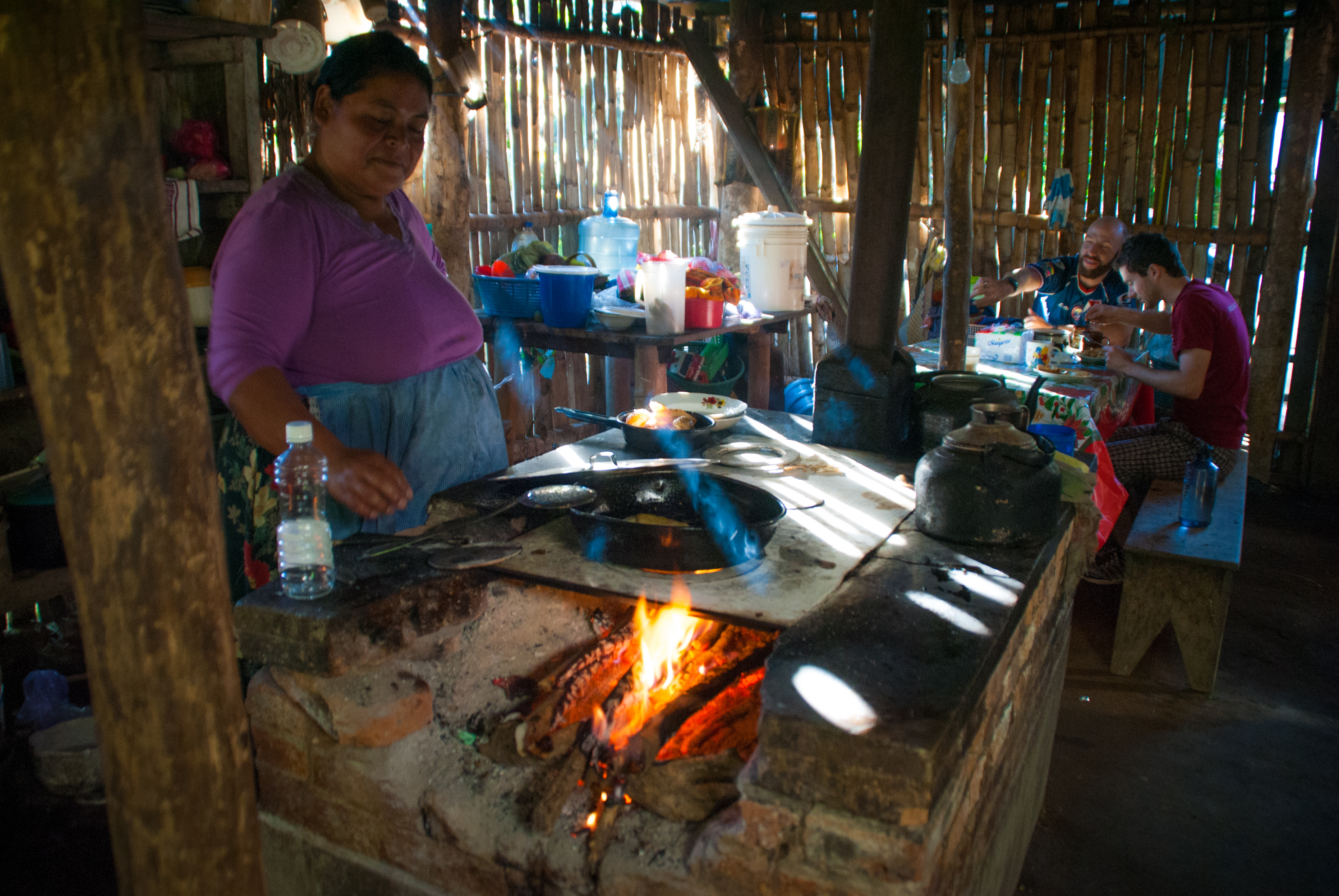 There are so many things to know. So many places to visit, so many people to meet, and so much food to eat. It is easy to travel and visit countries and “see” things without seeing things. However, what I have learned from this trip is that it is equally as easy to reach the level of seeing things during one’s travels by not being afraid to ask questions. Ask questions all of the time. If I had not asked myself “so what?”, I would not have learned why tortillas are eaten at every meal, or how much time it takes to weave a shirt. I would not have learned about the matrimonial and religious customs that my Spanish teacher in Xela told me about when I asked. I would still be as ignorant about the civil war in Guatemala as I had been at the beginning of this trip had my curiosity not led me to buy a book, ask my host family in Santa Anita about it, or read about it in the newspapers.

One of the main reasons I decided to come on this trip to Guatemala was to learn about the other side of fair trade, firsthand from the producers. To learn about their daily lives, their working conditions, how they feel about the international markets, and where they fit into them. As this trip continues to unroll, my journal pages become fuller and the conversations with my peers become more complex. While the best methods to sustainably link small-scale coffee producers with the international markets remain debatable, one thing has become quite clear: The more you know and the more you learn depends on how much you want to learn.

So, use your broken Spanish, ask for their names. Remind yourself every day to ask questions, and keep searching and answering, “so what?” And so, for the next 22 days that is exactly what I shall do.