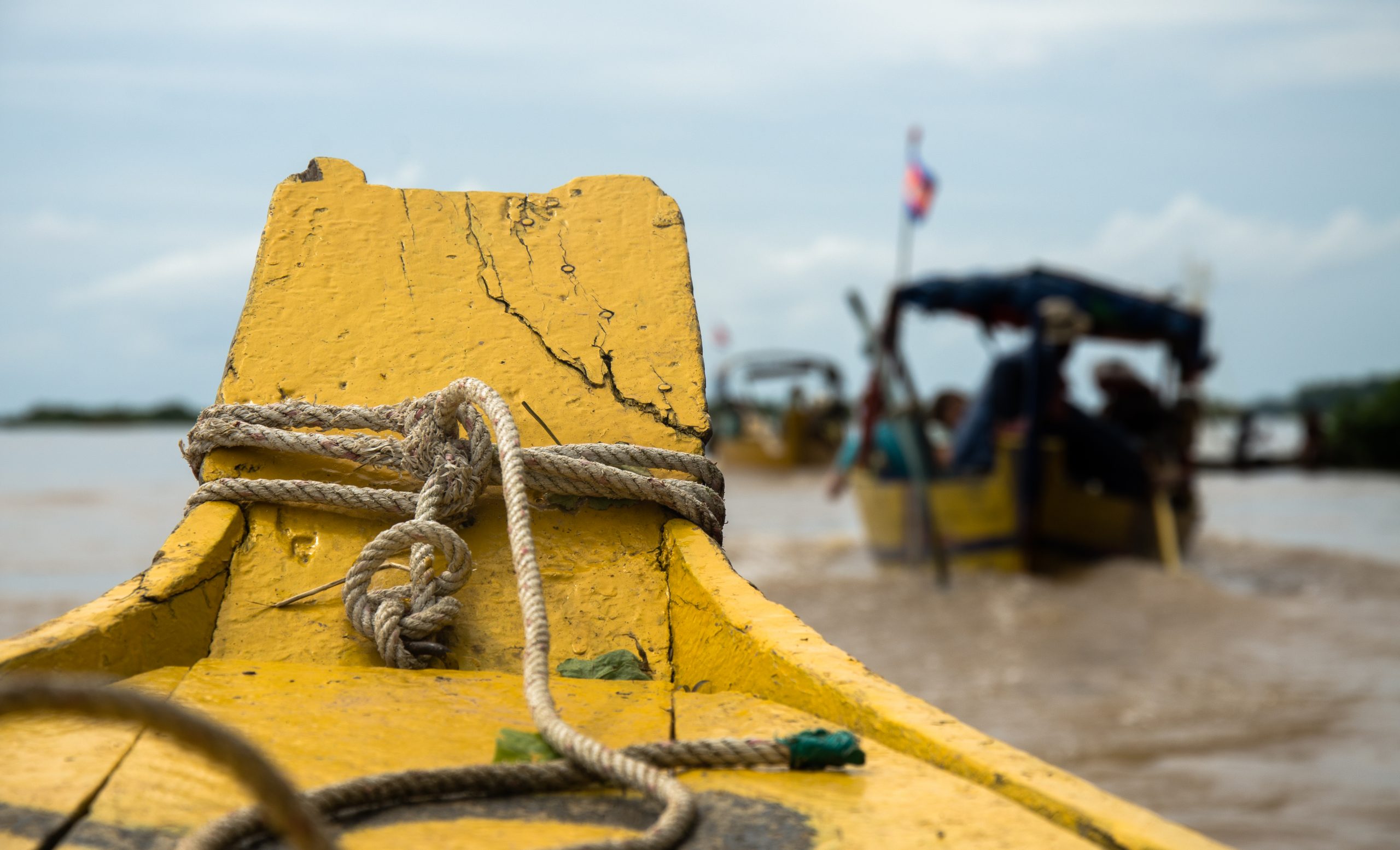 14 Aug Awareness and Resilience in Cambodia

Posted at 17:00h in Southeast Asia by Eric Schreiber

Since our week at the Ockenden Permaculture Education Farm, our OG SEA Animal Conservation group has had the luxury of spending time in some of Cambodia’s finest cities including Battambang, Phnom Penh, and Kratie. Most recently, in Phnom Penh and Kratie, we’ve had the opportunity to work with the amazing animal conservation organizations and learn about the country’s tumultuous history by visiting the S21 Prison and Killing Fields of the frighteningly recent Khmer Rouge.

Just outside Phnom Penh lie acres of open land that belong to an animal sanctuary. There are thousands of endangered species and animals are who cannot be returned to the wild, usually due to human interference. In this location, an organization called Free the Bears shares the land. Free the Bears helps to combat the trafficking and poaching of the Asiatic Black Bear (the Sun Bear) and the Malaysian Black Bear (Moon Bear). While here, we got the chance to tour the bear facilities, often seeing bears who have been harmed by traps or illegally trafficked. We spent the afternoon volunteering our time by painting some of the holding cells for bears who may need specific attention, hanging hammocks to put in their “bear homes”, and making snacks to feed them. We really enjoyed throwing our bamboo shoots and plastic balls filled with jam, kibbles, morning glory, and bananas to the bears. Especially when they rolled on their backs playfully to savor every last bite, (although the picky ones could’ve done without the morning glory as it was thrown to the side to get to the good stuff). 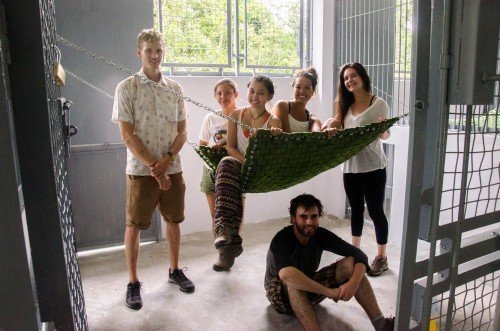 A large chunk of our time in Phnom Penh was spent visiting sites such as the S-21 Prison and the Killing Fields of the Khmer Rouge. The Khmer Rouge, taking power between 1975-1979, wiped out a quarter of Cambodia’s population. Often described as a seriously failed social experiment, this extremist communist government cleared the cities within days, sent all citizens to work in the rice fields, and aimed for a pure utopian agrarian society. However, through starvation, disease, and mass killings, their rule took a massive turn for the worse.

Seeing these sites really brought this horrific event to life and much of what we saw was shocking and nearly unbelievable. It also showed us the amazing resilience of Cambodia as a nation. A mere 40 years ago Cambodia was under this rule and the Khmer Rouge was recognized as Cambodia’s official government in the UN for nearly 20 years afterwards. However, the beautiful scenery, cities, and smiling friendly faces seen everywhere would make you believe otherwise. Although the memory of the Khmer Rouge still haunts Cambodia and its people, their resilience and strength is unmatched.

After our time in Phnom Penh, we made the journey out to Kratie. Although a lot more sleepy than the bustling capital city, Kratie’s charm cannot be beat. Sitting right along the beautiful and mighty Mekong, Kratie was unlike any place we’d been so far. We had the amazing opportunity to release some baby Cantor’s Giant Softshell Turtles back into the river. The Mekong Turtle Conservation Center captures these little guys after they hatch to keep them safe when they are the most vulnerable. After about 4 months, they are usually ready to be reintroduced into the wild. Our group of 12, along with two Buddhist Monks, the turtle conservation staff, and a bucket of baby turtles hopped on a little boat and headed out to their release spot. After being ceremonially blessed by the monks, we said goodbye and good luck to our turtles and set them free. We hope they will live up to their maximum age which can reach nearly 200 years old!

On our last night in Kratie, we had a thought-provoking conversation about voluntourism and its effects – positive and negative. We talked about issues such as one-off projects, fostering an imperialist view of westerners, and how this trendy way to travel is becoming increasingly popular. Although there are many apparent controversial issues with volunteering abroad, we continue to strive to solve these problems as best we can. By analyzing them and recognizing that these issues exist, we can then try to be aware of our actions on a larger scale (choosing what organizations we volunteer with and what projects are done), as well as a smaller scale (being aware of personal actions regarding respect of the cultures and local people we may be working with). I am proud to say I think OG and my group on a whole have done a wonderful job at this. Although there is always room for improvement, my hope is that we will leave a positive impression wherever our travels lead us.