28 Aug Backpacking with a Purpose: A Recap of Our Late Summer 2012 Programs

Posted at 18:44h in OG Headquarters by Operation Groundswell

The summer of 2012 marks a very special one for all of us at OG. It has been, by far, the biggest, most exciting one we’ve ever had with trips expanding to more regions throughout the world and with even more dynamic and adventurous participants backpacking with a purpose.

Here is just a snapshot of the madness that took place during our second round of trips this summer.

The Extreme trip lived up to it’s name, physically and mentally. The participants were eager and ready to take on uncomfortable but eye-opening endeavours like hiking a volcano and taking Spanish lessons in Xela. The team volunteered on the now famous Cancha in Tzibal, an OG-initiated project. The good folks on this program also had the opportunity to be a part of the first ever International People’s Health Tribunal in Guatemala. This was a moving and difficult experience as they heard many stories of abuse to the local communities by mining companies. On Independent Travel Time (ITT) some of the crew kept up the extreme by hiking active volcanoes while others relaxed drinking mojitos. 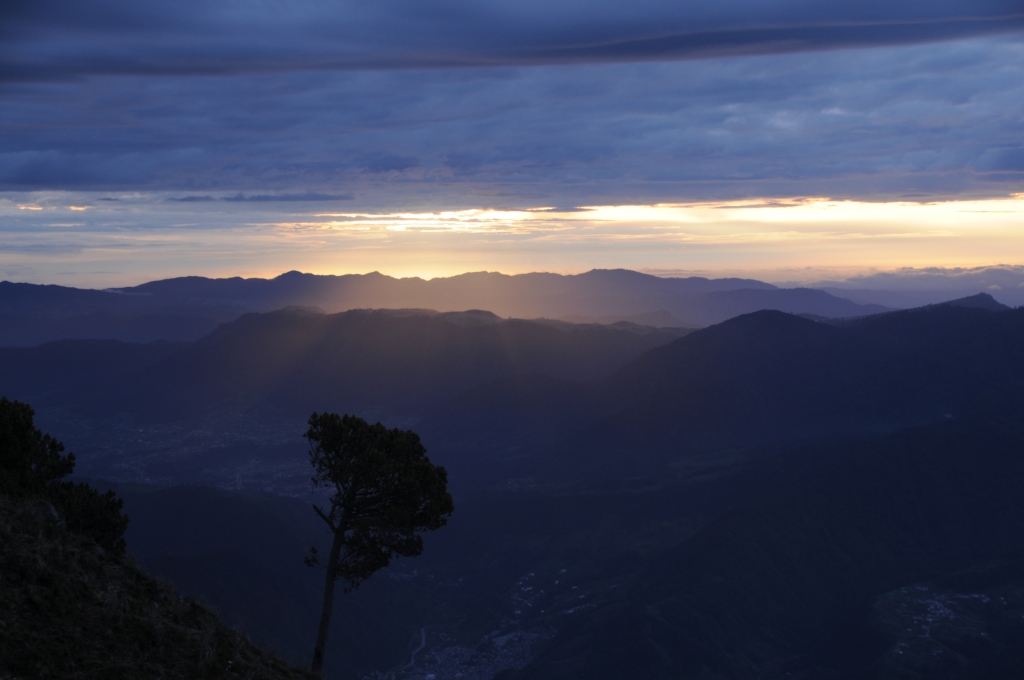 Sunrise on the Santa Maria volcano

This team has gotten down and dirty! They worked with 2 communities in the Amazon after arriving via an awesome 3-day ferry ride. With KALPA, a local Peruvian NGO, they worked on a disaster relief health project. They filled sandbags and, with support of the whole community, the team helped to de-flood one woman’s house to prevent waterborne diseases after a major Amazonian flood. After that, they worked with the awesome student group Mayantu to build dry bathrooms. And then off they went for a crazy trip and boat trip into the jungle! 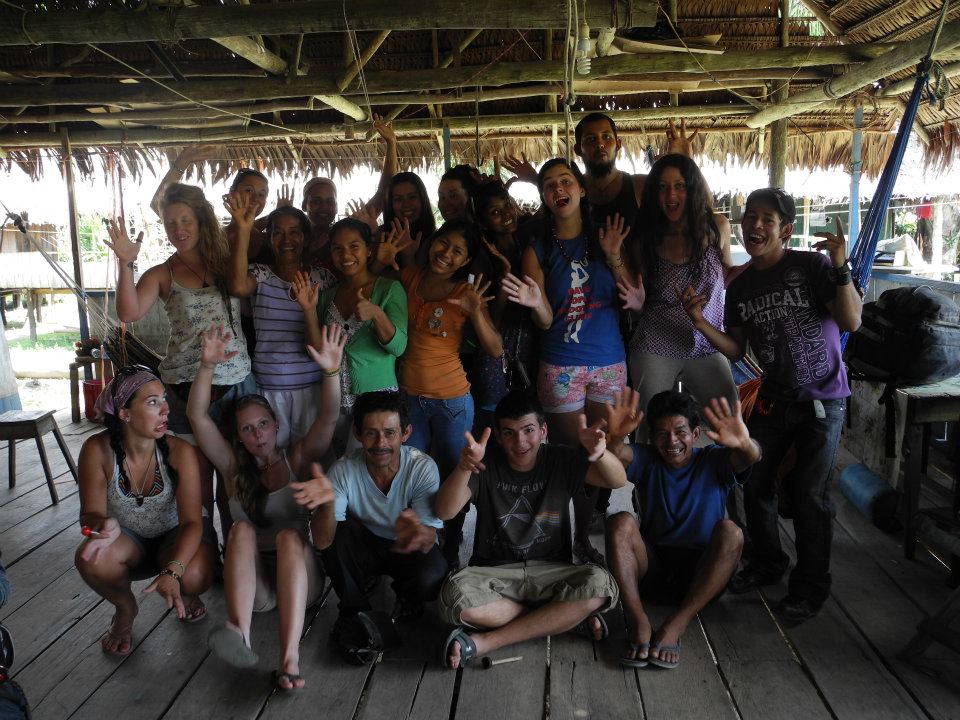 Operation Groundswell with the Mayantu crew

The crew has done an incredible job of delving into medicine and health in Ghana, while respecting the status of doctors and having tons of meaningful discussions on the rural/urban and north/south divide. Though the team stayed in a lodge a hike outside of town, this didn’t stop them from getting close to the boys of the Horizons Children’s Centre (HCC) and the Sandema community. Not surprisingly, the team has fallen in love with Ghana (who wouldn’t?)!

The WAD team have been busy with projects in Sandema, which ranged from conducting assessments of irrigation systems with g-Roots testing, to developing a lasting plan for girls leadership in the region based on their stated needs. They even planned a 2nd soccer tournament of the summer, which was a blast as well. The team capped off their trip hanging out with elephants, enjoying the coast, and soaking up a few final days with the amazing HCC boys.

After 3 countries and a million sandwich dreams, this crew has accomplished so much. They donated more livestock to school feeding programs, discussed and challenged each other on the right path for development in East Africa, and learned the somber lessons of the Rwandan genocide…all while delighting in Kigali’s success and modernity today.

OG is their name and English is their game. This team brought tons of enthusiasm to teaching with the English in Mind Institute in Port-au-Prince. When they are not teaching in PAP,  they’re off to Anse-a-Pitre working at the Sadhana Forest project, an organization dedicated to ecological conservation initiatives such as reforestation, community gardening, and food security. After busy days of volunteering, the Ayiti crew was partying heartily at concerts and festivals. 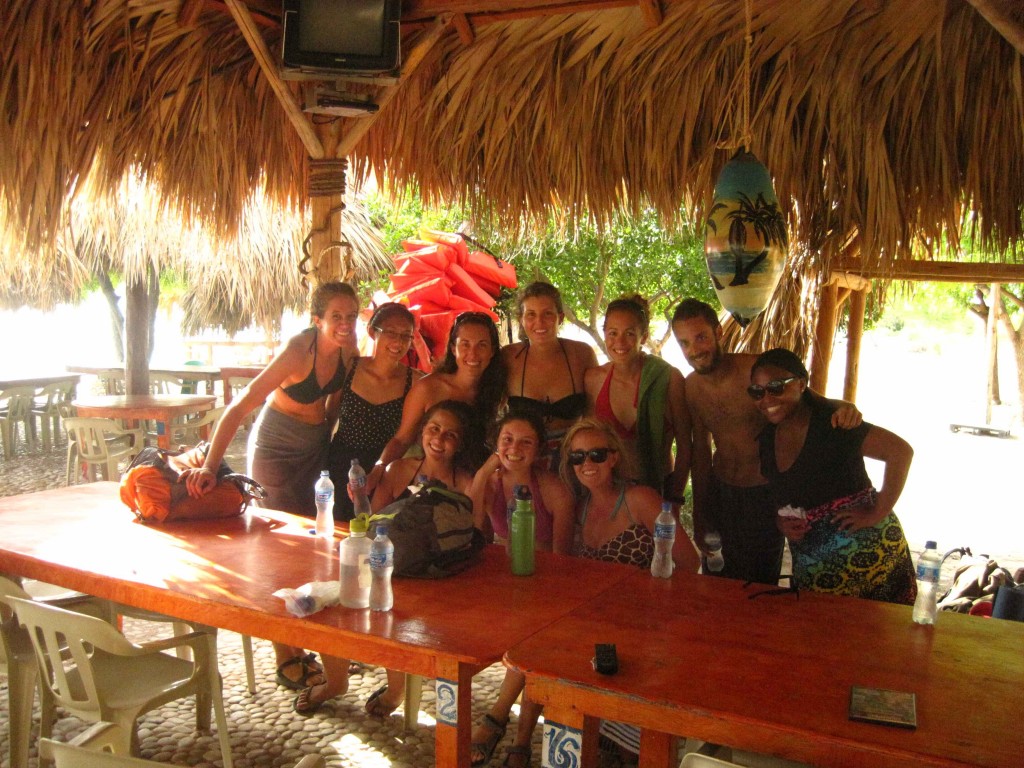 OG Haiti hanging out beach side

What a trip! This program has been incredible all summer. The team started out in Delhi and though one participant was trailed with heavy downpours, everyone’s flight made it A-Ok! The team headed up to Ladakh for an incredible experience in one of the most beautiful parts of the world. Surrounded by the Himalayas, the team took part in an English language exchange with the kids engaging them in games and conversations. After volunteering, the team went on a breathtaking (from both awe and exhaustion) trek into the Himalayas. Then they were off to Nepal, where the crew got into the life of Tibetan refugees and explored Pokhara and Kathmandu. Participants just can’t stop raving about their journey!

Buddhas and endless bus rides, hill tribes and monkeys at Angkor Wat, elephants and breakdancing…the Southeast Asia crew had quite the experience! They spent time working with the Elephant Valley Project, feeding, bathing, watching and falling in love with this endangered species. Elephants are amazing, but what’s even more amazing is the draw of one of our favorite partners, Tiny Toones (TT). OG and TT can’t seem to get enough of each other. Our crew loved Cambodia so much that they had to cut Disorientation short and hold it in Phnom Penh, where TT is based, just to spend a little more time together!

Our Middle East crew has really delved into the educational aspect of this program. Between Breaking the Silence tours, a visits to refugee camps and settlements, and life in Jerusalem, they are learning more about Israel and Palestine everyday. Don’t let that fool you though, these are no sedentary scholars. They ran activities for kids in a summer camp, dug out a cave for water catchment, and trekked (seemingly forever) to the Dead Sea. 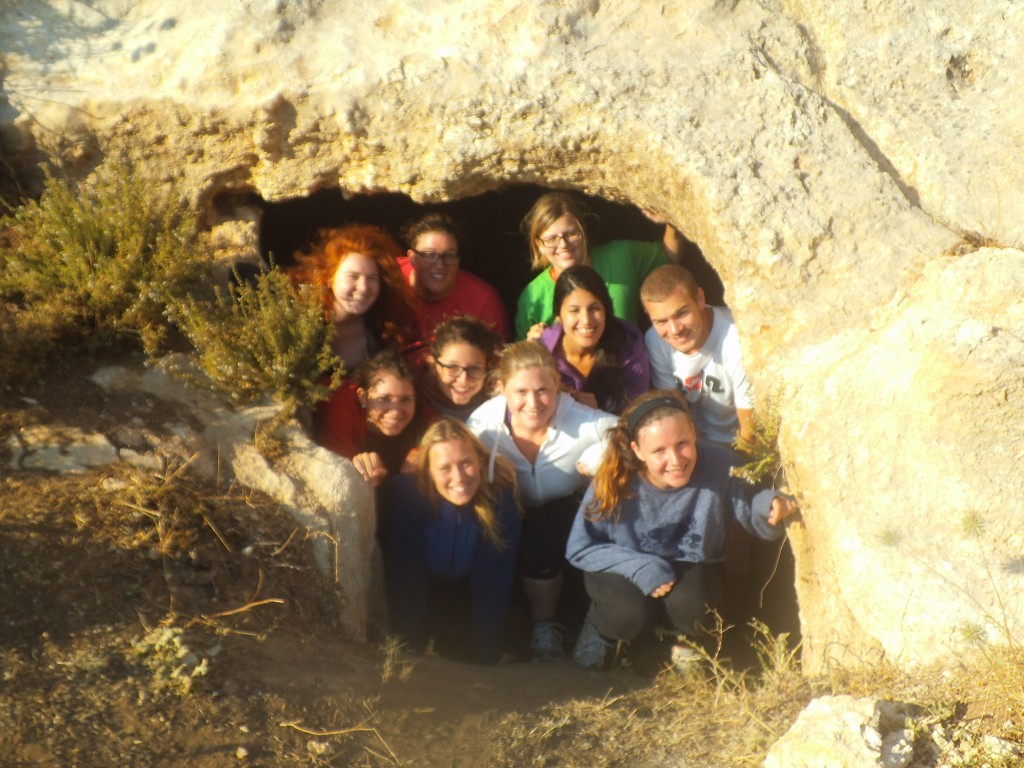 It’s been a wild summer all over the world and from everyone at OG, we’re thrilled to have had the opportunity to spend it with each and every one of you.