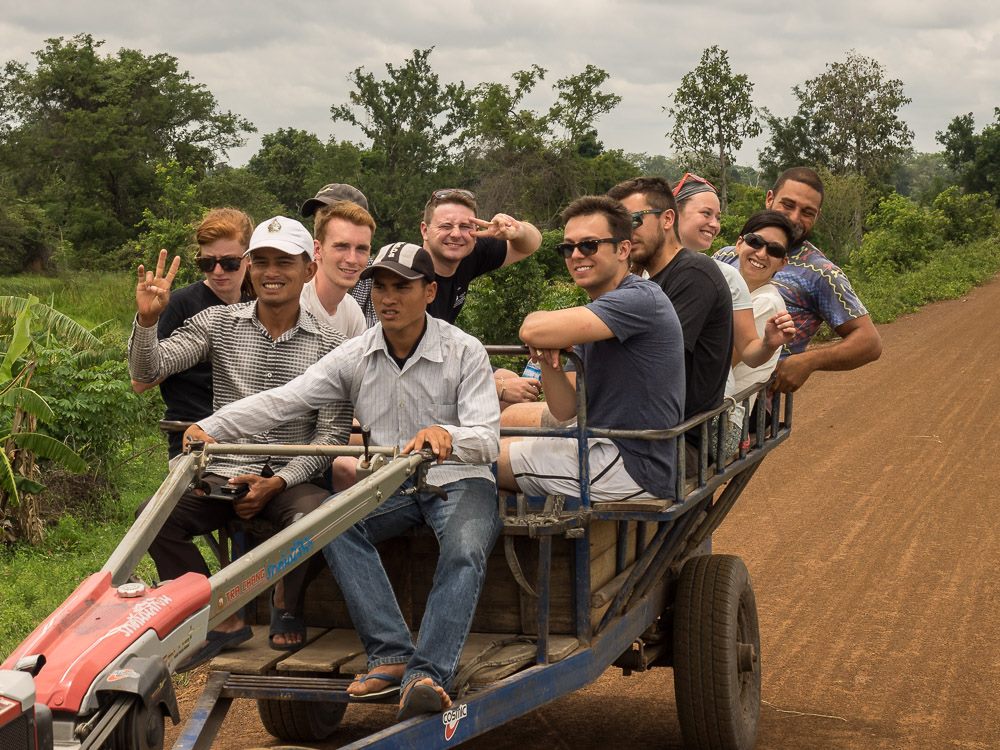 Posted at 21:51h in Southeast Asia by Eric Schreiber

While it’s the massive ancient temple complex, crumbling in the embrace of thick rainforest vegetation, that puts the commune of Banteay Chhmar on the map, it’s the hospitality of the people living in the community that captures the hearts of those visiting.

For four days, the OG Southeast Asia Cities & Sanctuaries team immersed themselves in this relatively remote area of northwestern Cambodia. We were hosted by the Community-Based Tourism group (CBT), which is a collective of local villagers working towards creating a sustainable tourism industry around visitation to the Banteay Chhmar temple. 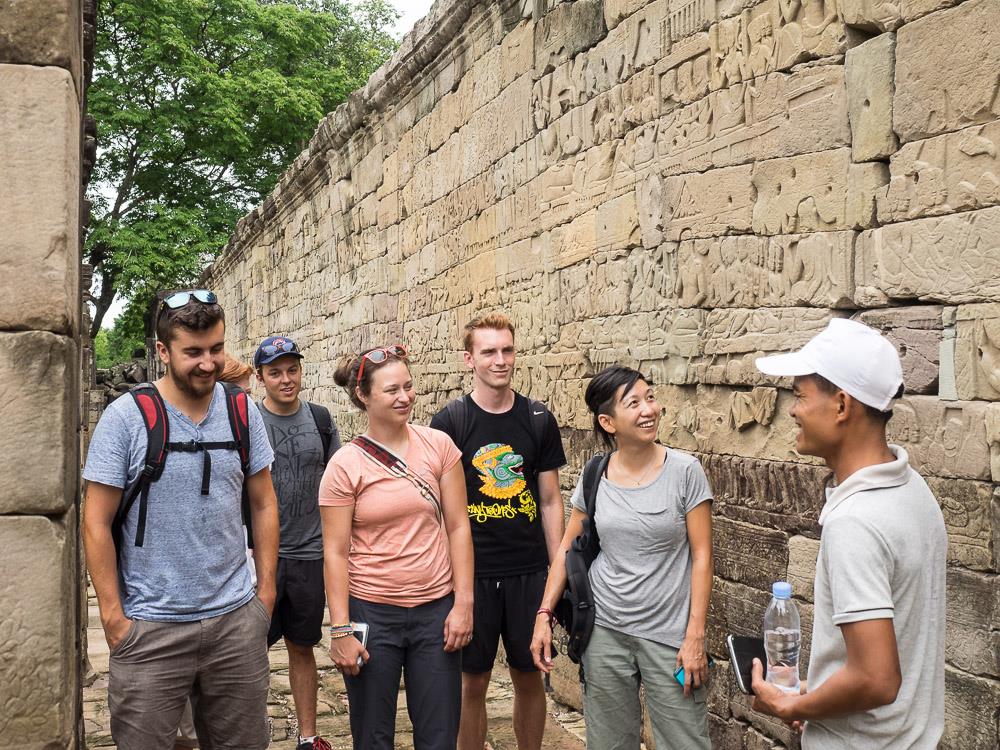 On our first day, Sopheng, who is the President of the CBT, took us on a tour of the main temple complex. In the afternoon we biked around to visit some of the other, smaller, satellite temples which are found in the surrounding area. The bikes themselves were borrowed from local school children – which we discovered as we returned and they quickly came to claim their rides from the barangs (foreigners)! Being in the community for several days, we took the opportunity on multiple occasions to come back to temple complex and relish in its serene atmosphere.

On our second day, Sokhoun, another CBT member invited us to come to his fish farm. While we were off to a slow start, within an hour we had caught around 10 fish! Kate definitely takes the prize for most fish caught. We then enjoyed our fresh bounty at picnic held at a nearby man-made lake (called “baray” in Khmer). While the origin of the baray, having been dug through forced labor during the Pol Pot regime, is tragic the peacefulness of the place today, with its infinite amount of lotus flowers floating on the surface of the water and flocks of birds flying in all directions, is a subtle reminder of how far Cambodia has come in dealing with its past. The baray now serves the surrounding communities and is an important source of water for rice irrigation. That day we also visited a silk center run by an NGO which provides vocational training and employment for women in the area. Using traditional methods of weaving, it was impressive to see how, strand by strand, beautiful garments are created. In the evening we also got to watch how a local rice dessert was made using the traditional method of rice flattening. 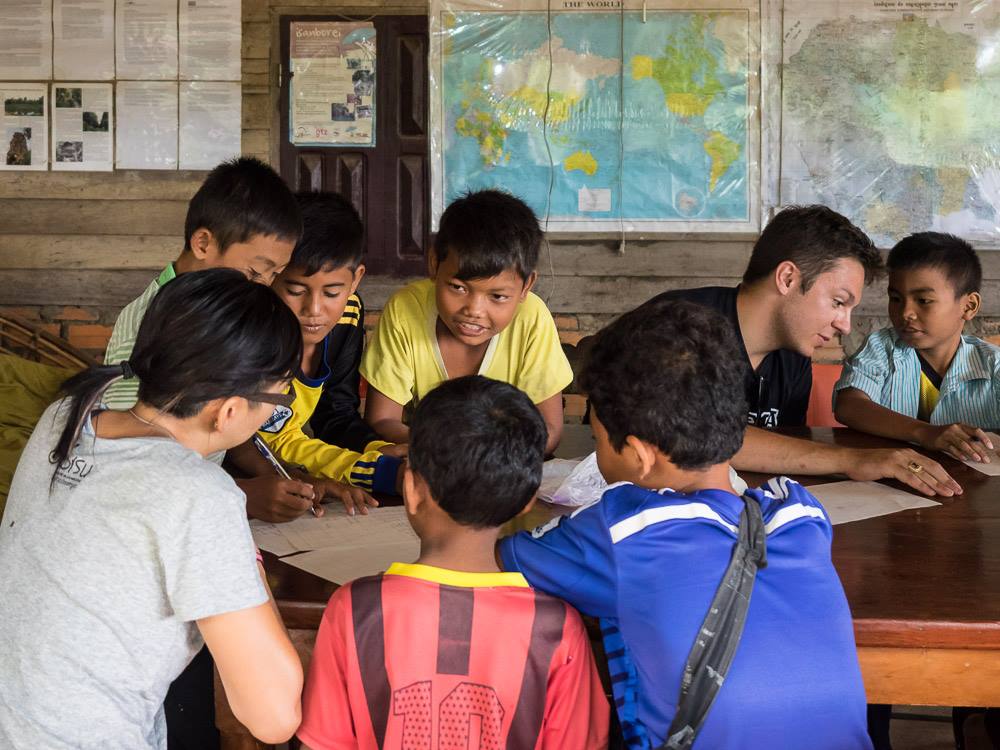 We started our third day by joining the daily English class held at the CBT library. We played plenty of games, the most memorable of which was probably a competition where we had to recognize Khmer numbers being called out while the kids had to recognize their English equivalents. In the afternoon we paid a visit to the nearby primary school where, with the help of some of the students and teachers, we cleared some weeds and mulched some trees which were planted by our early summer team. While that didn’t take more than an hour, we then played an intense soccer game with the students at the school! 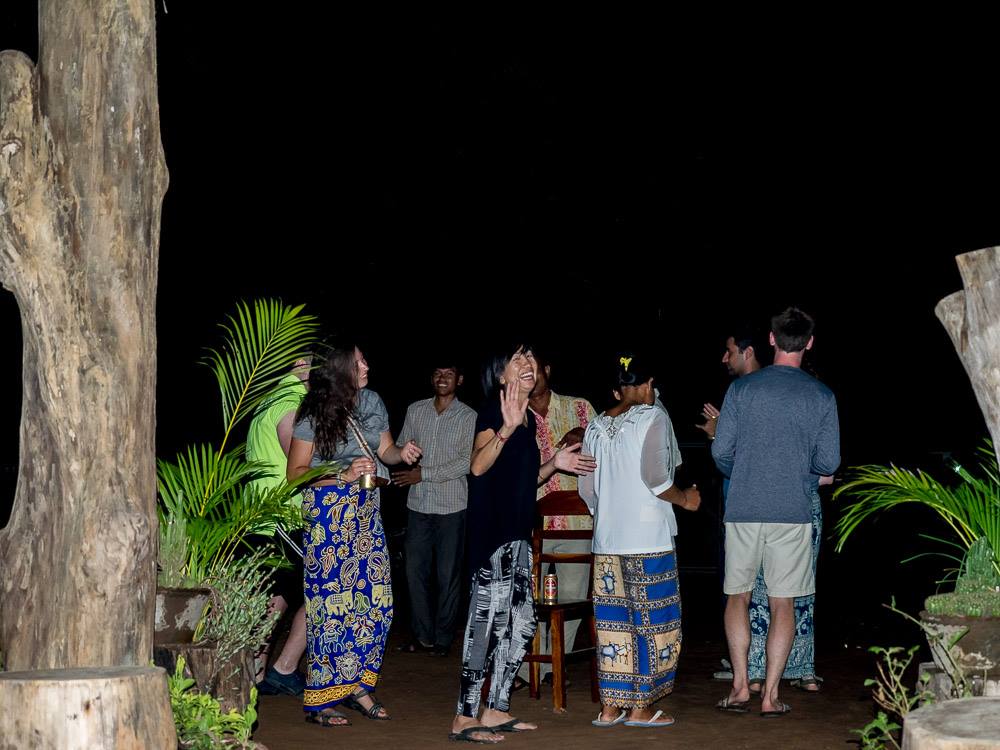 That evening we were invited to Sopheng’s house who threw us an awesome goodbye party. We listened to traditional Khmer music as we enjoyed our dinner with the community members that had been hosting us for the last few days. Karaoke and Khmer dancing capped off our evening, which ended at 10:30 pm (quite late for village standards!).

Banteay Chhmar has become a home and a trusted network of family and friends for OG over the years, and we are happy to have been able to enjoy such a unique level of cultural immersion and hospitality. The power of community-based tourism, which gives travelers an intimate glimpse of the lives and culture of our hosts while supporting grassroots development, was made apparent by our experience with the CBT at Banteay Chhmar.