29 May Bite off more than you can chew. Then chew it.

Posted at 20:55h in South America by Operation Groundswell

We are now reaching our last week in Pisco with the realization that we only have three working days left! We’ve spent the last two weeks working with Pisco Sin Fronteras, a truly amazing disaster relief organization here in Peru. Pisco, which lies 4 hours due south of Lima, was ravaged by an earthquake back in August 2007. Most of the houses in the town were destroyed, sending refugees to surrounding areas, and leaving countless people in makeshift homes of tarps and bamboo matting. For the past four years, PSF has been working in the community in what we all agree is one of the most innovative volunteer initiatives we’ve ever seen. We’re eager to share with our family, friends, and everyone else who graciously donated exactly what projects we’ve been working on!

Each day we’re up for breakfast at 8, on the job by 9, and working in the hot Pisco sun until the early evening. PSF has at least 10 projects on the go each day, from modular home building to earthbag projects, from mural painting to community development. Everyone has a chance to try their hand at any project they want. PSF also encourages each volunteer to start their own projects. “You don’t have invent the wheel, just fix it.”

Jesse and Calum have been ‘Furious Modular Beasts’, breaking down wooden palettes and building the modules essential to all of our modular home projects. Jesse also moonlights as a resident clown for the kids of Tupac Amaru. Rebecca has spent many a day at Ludateca, a daycare centre for children. Chris and Leigh began working on a community bathroom, and have since spent a lot of time digging, building, and pouring cement at our Ecopark project. Mirae has lead and completed a mural project on the topic of recycling and sanitation in a particularly impoverished area of town. Sarah also worked on the mural, along with many of the children in the community. Megan has tried her hand at a couple different projects, most recently rocking out the circular saw at the Ecopark. Starting as a ‘furious module beast’, Antonia has also been one of many volunteers to spend the day cooking our 70+ person dinners. Michelle started working on the earthbag project and has most recently been shoveling aggregate at the ecopark. Mike has had his hand in everything as well, also stepping into the office to see the admin side of an organization like PSF.

As you can see, we’ve all had our hands in a bit of everything, but the Ecopark is the main project we are currently supporting, both financially and physically. In the neighboring town of Tupac Amaru Inca, the Ecopark is a massive project initiated by a Peace Corps/PSF volunteer named Naomi who has been living and working in the community for the past year. The plan for this massive open space has it divided into a garden with walking paths and shade structures, a circular earth bench made of tires next to a shrine to commemorate the victims of the earthquake and a playground for the hundreds of kids in the community. Between the Peace Corps, PSF, and the community, projects in all areas had been funded except for the playground. Our OG Disaster Relief group decided to fund this final part of the project.  Since arriving in Pisco, OGers have been on the project everyday, laying stones in the garden path, pouring concrete, shoveling mountains of tierra, and working on our recently OG-initiated Earthbench project. Made entirely of recycled tires, chicken wire, rocks, and earth, it is hoped we will complete it by the time we leave on Wednesday.

We have had overwhelming support from the Tupac community each step of the way. Children come to help clean up garbage, stir cement, shovel, and visit with volunteers daily. Women and men also come to help with the same, as well as keep the children off of our wet cement in the evening after we leave!

We are extremely lucky and happy to be here. We have seen many different projects and ideas and are excited to contribute not only our efforts in the coming days but also in the funds we raised before coming here.

Yesterday (Saturday) we spent the morning pouring concrete at the Ecopark. In the afternoon, OGers funded a massive community BBQ. Though we tried to help, the local women kicked us off the grill and showed us how to do it Peruvian-style! Fun in the sun and a great feed for all! Jesse took one for the team entertaining los ninos with balloon animals for at least three hours straight. A perfect opportunity to spend some time with the community in their new park.

As we were all a bit tired from our beach party the night before, we took a trip to Ica to see the newly released film, “The Hangover 2.” A nice escape from the daily grind, everyone enjoyed lots of laughs. Today we had an inpromptu continental breakfast in Paracas and an afternoon of paintball. A first time for many of us, it was a blast. A couple welts from our reenactment of the Battle of the Plains of Abraham and a lovely stir fry back at the PSF Headquarters, we find ourselves wishing we had more time.

We’ve packed a lot into these last two weeks. We’re told by many other volunteers that what we’ve done and what we’ve learned won’t even be realized until we’ve gone. There is a wall here at PSF plastered with pictures of past volunteers and quotes. Here are our favourites:

Bite off more than you can chew. Then Chew it.

We are truly inspired by the people and the work that is being done here and are excited to share our experiences with everyone back home.

We have three more days of work before heading to Cusco and our epic Machu Picchu adventure. There will be more project updates to come, and certainly stories to tell from our journey into the Andes.

Hope this finds you all well. 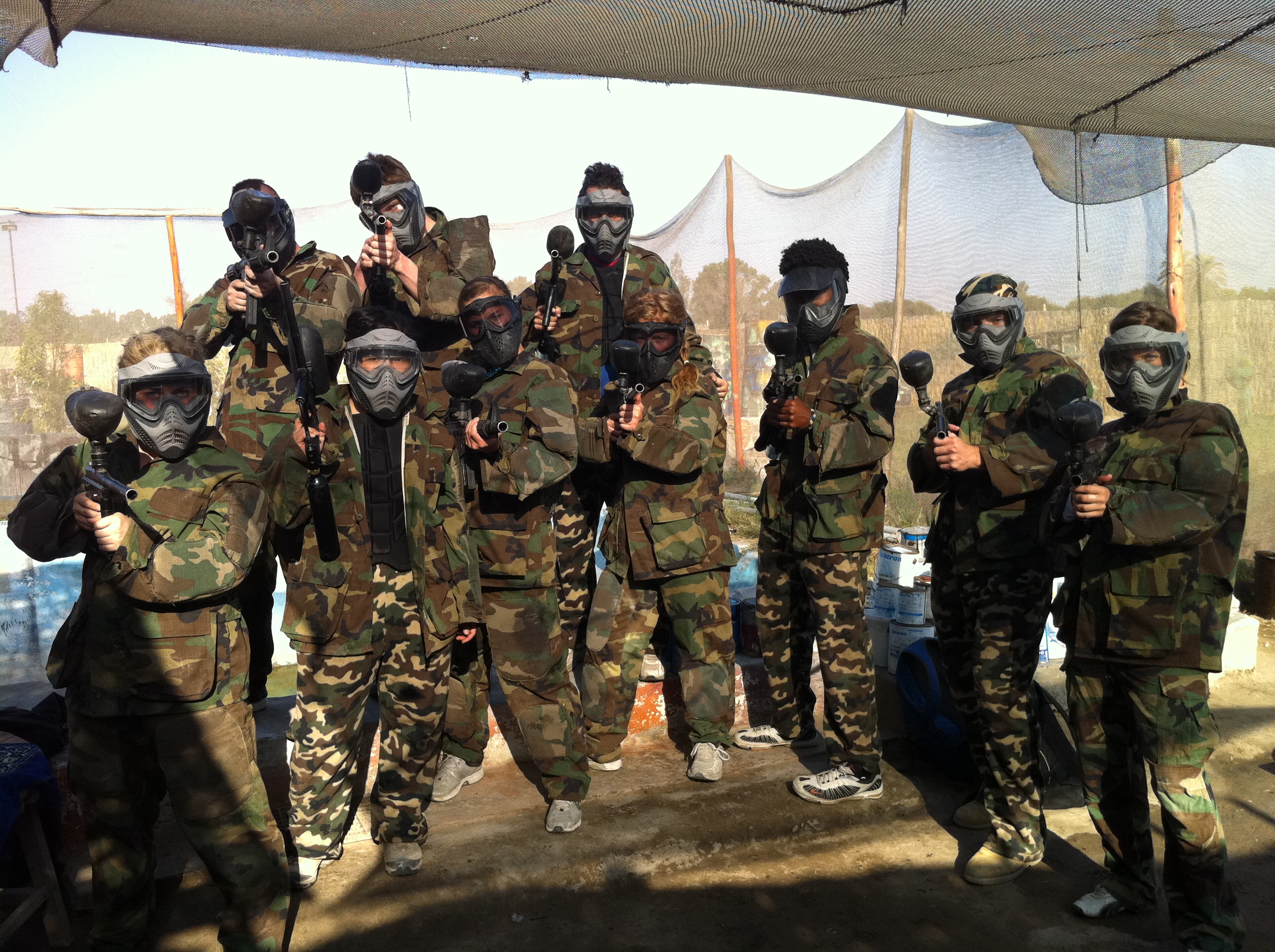