26 Jul Building Bridges in Chiang Mai with the Mirror Foundation

Posted at 15:00h in Southeast Asia by Operation Groundswell

From bustling Bangkok, the group boarded a 12 hour night bus to the northern Thai province of Chiang Mai. Swapping sky scrappers and smog for mountains and fresh air, everyone was excited to see another and more relaxing view of Thailand.

For the past five years Operation Groundswell has worked with The Mirror Foundation. This project was extra special as our Lahu guide, Surachai, personally asked Sarah and Ryan during our early summer program if the group coming in the late summer could replace a bridge across the river in the village that would save many kilometers of walking for the farmers going to field and returning with crops.

The crew was in for some hard work and rose to the occasion! Collecting wood for braces up the jungle mountain with a village Tahko and returning by lunch time exhausted was a humbling experience for the group. We realized this type of activity was one of many daily and weekly chores the Lahu and other ethnic minorities in the mountains have to do regularly. We returned to the mountain jungle the next day to collect 30 foot long pieces of thigh wide bamboo and then slide them down the mountain. 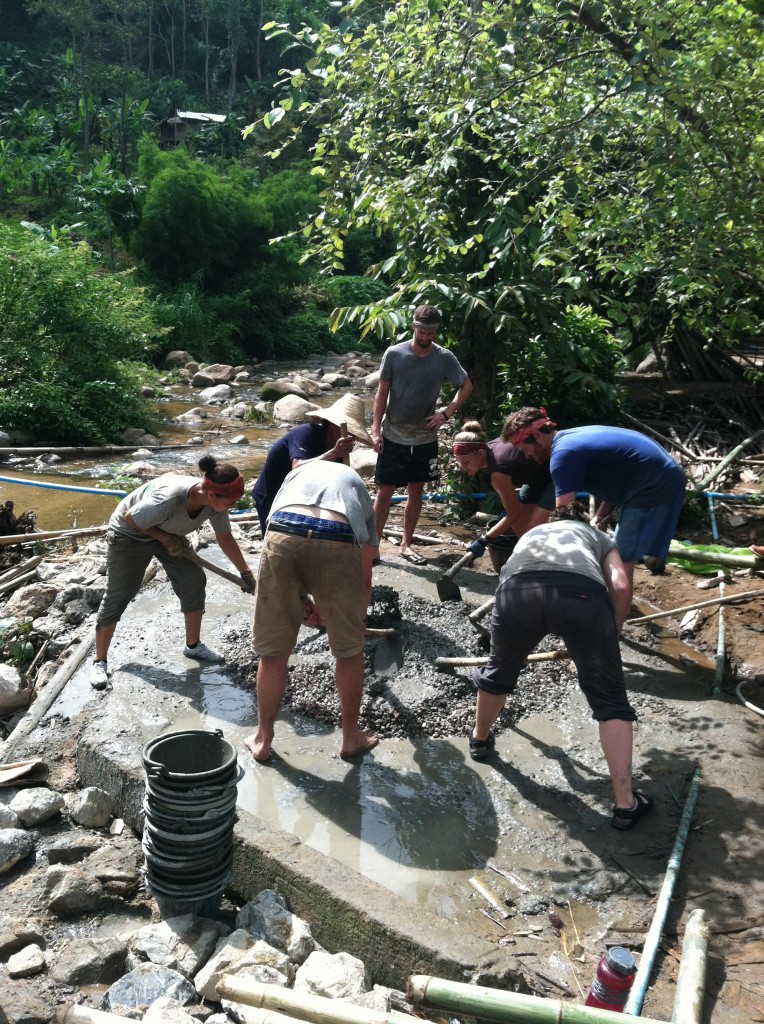 Hard at work building the bridge

The following days were spent mixing concrete by hand, passing buckets of sand, rock, water, and the final concrete product down lines of OGers and villagers to see the bridge rise bucket by bucket. After each hard day, the group sauntered to the nearby waterfall for a cleansing swim before a fresh meal of rice with eggs and vegetables.

The last day was marked with a big celebration from the village to thank us for our work and donations. One village elder said he did not think a new bridge would be completed in his lifetime. The cost of the bridge, $4,000, is cheap in our terms but expensive for farming families who earn $200-600 each year for families of 5-8.

Lahu and Akha spirit strings were tied around our wrists so their ancestors and spirits would “be able to find us all over the world.” Then the group joined in learning circular, rhythmic traditional dancing after enjoying a movie put together by the Mirror Foundation.

Coming down from the mountain, the group spent a day relishing in mattresses after sleeping in a bamboo hut exactly 11 bodies wide. Hot showers after bucket baths or dips in the waterfall were also a welcome luxury!

The White and Black Temples in Chiang Rai were taken in before making the journey to Chiang Mai where the group took in a nice Italian dinner, local street food, and relaxing by the guest house pool. Individuals went off on their own to bungee jump and zip line and as a group we took a songtaow truck up the mountain to check out Doi Suthep and Wat U Mong. One afternoon, the group even headed over to Ryan’s friend’s house to learn Muay Thai from some of northern Thailand’s finest fighters. 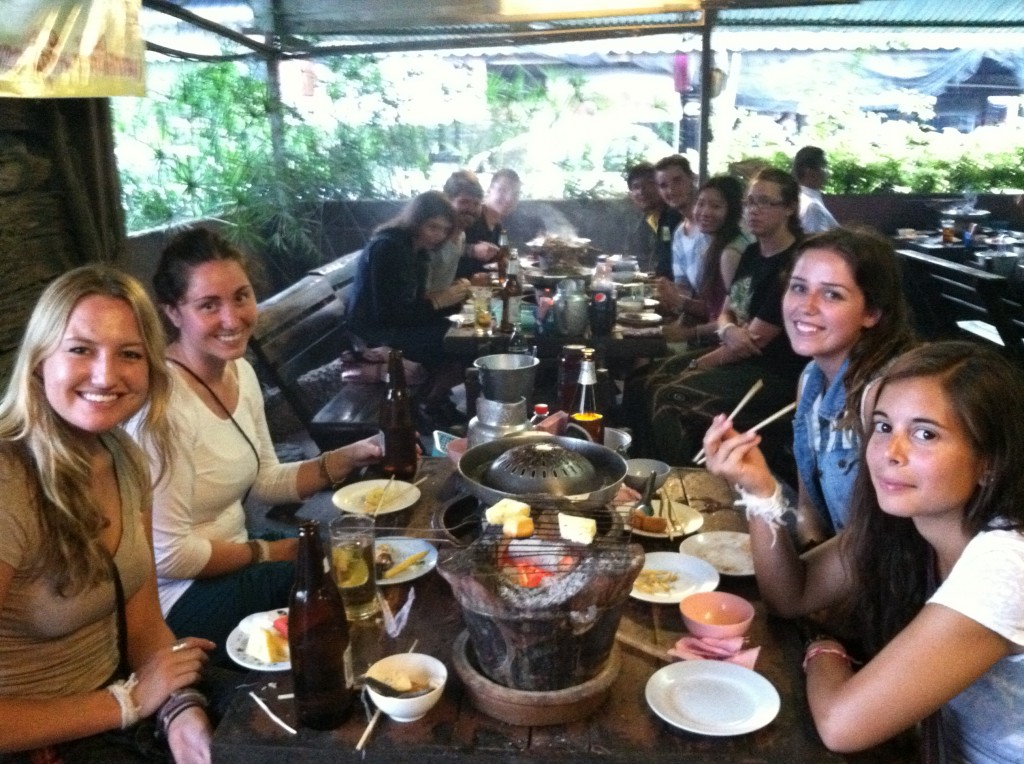 With the Thailand chapter closed, everyone looks forward to discovering more in Cambodia, the Kingdom of Wonder!