03 Mar Bursting Bubbles and Seeing Realities on the Ground

Posted at 13:13h in Central America by Operation Groundswell

It was kind of ironic…I was supposed to be reading and learning for school, but it felt as though I took more away from this trip than the last semester of studying. OG means everything they say when they talk about “backpacking with a purpose”. My reading week was spent volunteering with groups like As Green As It Gets contributing to the fight against a disease that has taken over 70% of the coffee fields, learning the processes of coffee, and, most importantly, learning about fair trade within Guatemala. OG gave me a new perspective on backpacking; it taught me that there is a lot more opportunity within tourism than just seeing the world. 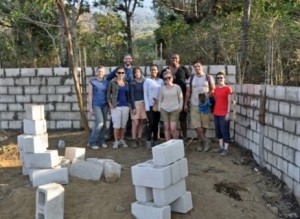 Though it was only eight days that we got to spend with our group, we quickly learned that of all the differences in personality within the 9 OGer’s that were on the trip, we all had one thing in common: we wanted to not only see the world, but to leave the world in better shape than we found it. Not many students get to say that they spent their reading week traveling one of the most beautiful countries in Latin America while learning and giving back to the communities they visited. One of the biggest problems with tourism is that resorts seek to put you in a bubble and obscure the realities of the areas they are in; but OG popped that bubble and made all the things on the outside of that bubble something to be not only shown, but to be proud of.

It’s seemingly impossible to take a smile off of a Guatemalan’s face, and it was hard to do the same for the people that were on the trip. Our homestays felt like home, our food was incredible, and the generosity of these families was enlightening. From the second we got off the plane, to the second we boarded again, we were all eager to travel and learn as much as possible about Guatemala. Education does not necessarily need to take place within a classroom. For this reading week, Guatemala was my classroom and our trip leader, Ben, was the best prof to be teaching.

As Green As It Gets, coffee, fair trade, tourism, alternative reading week, learning outside of the classroom, reading week