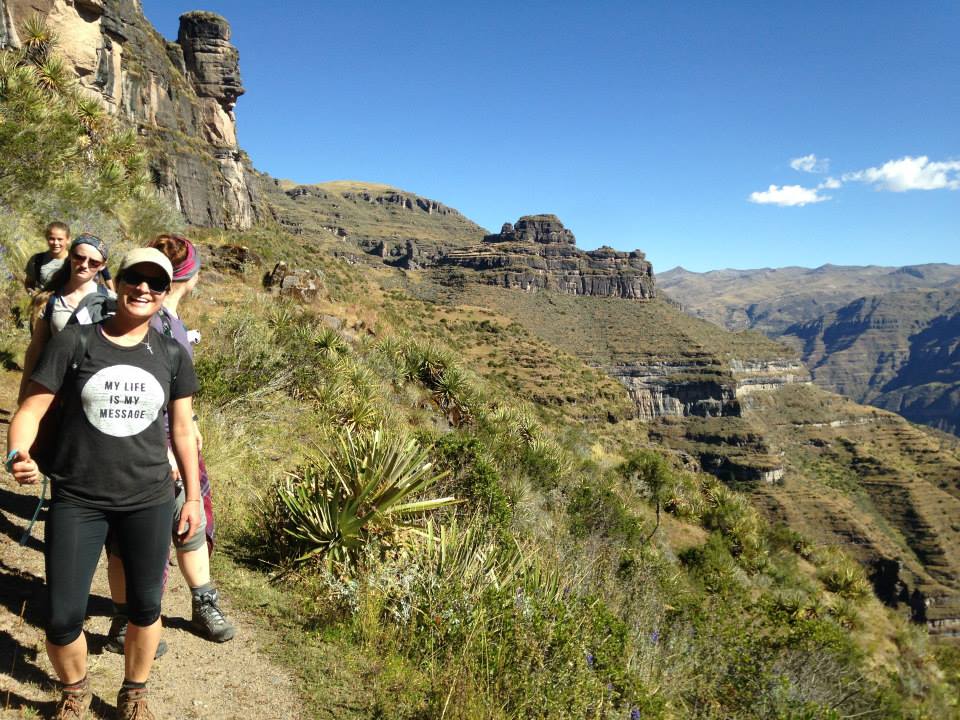 Posted at 20:44h in South America by Eric Schreiber

Sea level. I miss it, how I take it for granted how easy my body is pre-adapted to such an altitude. When coming to Peru, I think I and perhaps everyone totally over estimated our abilities and even our mere comfort zone. For the most part each of us were used to sea level, and once we left Lima we had to adjust to a new altitude and a new comfort zone for our bodies.

Although we had ample amount of time to adjust before we made our way to the small town of Chahuay, it’s still a matter of recognizing your body is struggling, but then having your mind be capable of dealing with such a struggle.

As we were greeted in the small town by the president and several other residents and began sharing with the residents we learned about their culture and prepped for our hike the next day. We were going to climb Wakra Pukara which was of equal height to our future Machu Picchu trek. Although it was only about a day’s hike, our bodies (or maybe it was only mine) were not fully adjusted despite the time we have already spent in Cuzco and at this new altitude. As 5 am rolled around it was time.

Some of our group chose to take a longer route, while a few of us (myself included) chose something shorter. In my choice I thought shorter would mean easier, but I don’t think there is such a thing as an easy hike in the Andes Mountains. I think I tricked myself into believing such a route existed. I found myself in a literal uphill battle with my body and my brain and trying to figure out a way to keep moving, because although I could go down I would have to use my broken Spanish to get a cab, go to the hostel, and find meals… So that didn’t sound fun enough to consider turning around.

I know in life I always have told myself “fake it till you make it” or “attitude is everything,” and I don’t think I have ever understood such phrases until I was literally arguing in my head whether to take another step forward. It hit home when, instead of taking the easy route of thinking vulgarities towards the hills, I just kept annoyingly repeating “I love stairs.” It was the biggest lie, but I just faked it. I loved moving uphill, and although my legs hurt, instead of being miserable I just kept laughing.

I think the entire concept of “fake it till you make it” is valuable for everything we encounter. Life is (figuratively) uphill battles, and in this instance I saw the actual mountain I had to overcome. I think we just allow ourselves to feel so defeated and allow the hurt, filth, or whatever else is going on to define our accomplishments. Even if it has to be through something ridiculous like repeating “I love stairs,” there is absolutely no reason you should miss out on anything.

I made it to the top, as did everyone else in the group. Wakra Pukura was amazing and I am so elated that I did not allow my defeated attitude to keep me from the top of the ruins. It is interesting how I now have reassessed much of life and what I have allowed my brain to keep me from doing. My body can withstand so much, I can do so much, and there are so many things that I have told myself I can not do. It was all such a lie!

We are all so capable of so much strength and yet we do not give ourselves enough credit. It is in the struggles like hiking up huge mountains, or even minute ones, physically or figuratively, that we can see the potential we hide away. If I would have listened to my brain from the get-go then I would have missed out on such a majestic sight, and I think I would have been disappointed in myself. Now I think I can walk up any mountain Peru throws at me. I can do so much physically and can accomplish more than I give myself credit for.

Although we went to Chahuay to learn about their culture and their people, I learned even more about myself. After we finally came down from the mountain the next day, I think it took about 24 full hours for me to register what a feat I accomplished and able to reflect on the new takeaways I had found. As the trip keeps progressing it is my hope that I and all my peers can continue to find accomplishments in each new mountain or struggle we are faced with.