Posted at 13:53h in OG Headquarters by Operation Groundswell

This post is the first of a new series about Operation Groundswell’s superstar alumni and their achievements after coming home. Our Outreach Coordinator, Eric, will be interviewing a new alumnus every other Wednesday. Our first superstar is Leah Shipton.

Leah wasted no time after her OG program to East Africa this past summer. In just four months she and her team organized Outrun the Stigma, Western Canada’s first ever student-organized run for mental health awareness, which took place at the university of Calgary on October 12th.  She was gracious enough to allow me to interview her not once, but twice after my iPhone ate our first recording. Check it out:

Tell us more about Outrun the Stigma.

I had an idea to do a run for mental health awareness last year when I recognized that there’s a run for a lot of physical health issues, but there really isn’t anything for mental health.  The Schizophrenia Society does a run annually in Calgary, but other than that, there’s nothing really else.

When I came back from East Africa, I met a group through a mutual friend who has a club for the distress centre, which is a helpline for youth in crisis.  They were interested in the idea of this run and really passionate about it and equally as hardworking.  The run was called Outrun the Stigma because the idea was to do just that: to start addressing the stigma that surrounds mental health and eliminate it by bringing together community while raising funds for the distress centre. 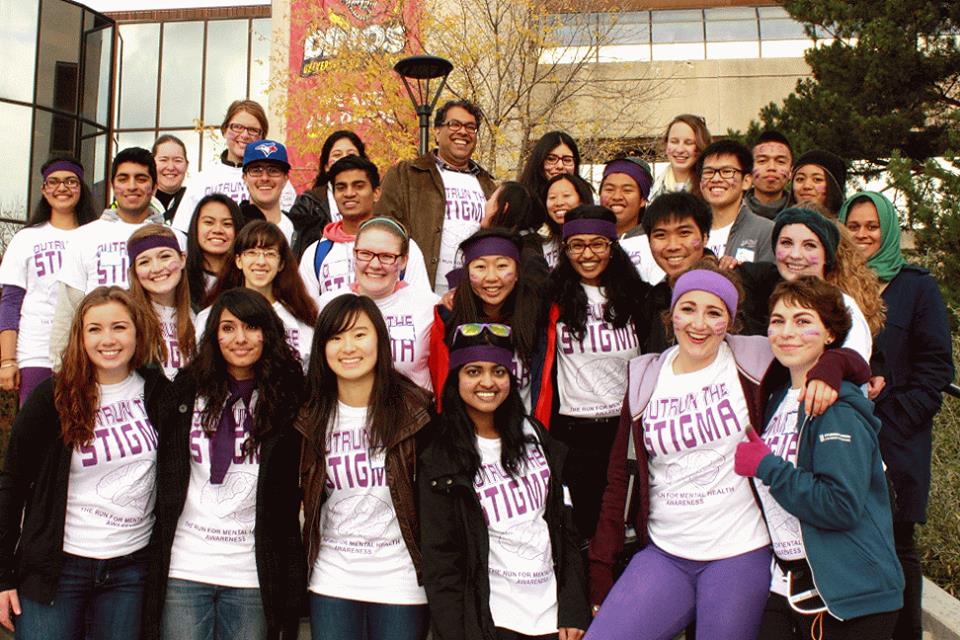 What was it like getting everyone on board?  You had some really good corporate sponsors, the mayor came, some fantastic nonprofit partners.

It was very well received.  People recognized that it is filling a gap and we felt that in their support.  We had about eight organizations from the University of Calgary and from the community who already help people with mental health disorders or help with prevention of mental health issues. We had Mayor Nenshi, who came out for it at the last minute, which was really a nice surprise!  He was cheering people on at the end and giving people high fives. Our corporate sponsors, Target and Superstore, were a big support too.

It’s interesting because as much as we were there to destigmatize it, I think a lot of us went through our own process of not stigmatizing ourselves.  I know that I went through that process of not being embarrassed that this is something that I’m passionate about and that this is something that I want to make students aware of. And so I went through that process of pushing myself and making sure that I didn’t let the stigma affect me and my ability to promote the event. Once you hit your stride and realize that it is well received, it’s easy because you feel comfortable.

But this goes to the deeper issue that we’re trying to address with this event. As a society we don’t really acknowledge mental health issues, yet on an individual basis, everyone goes through it either personally or through family and friends who have. 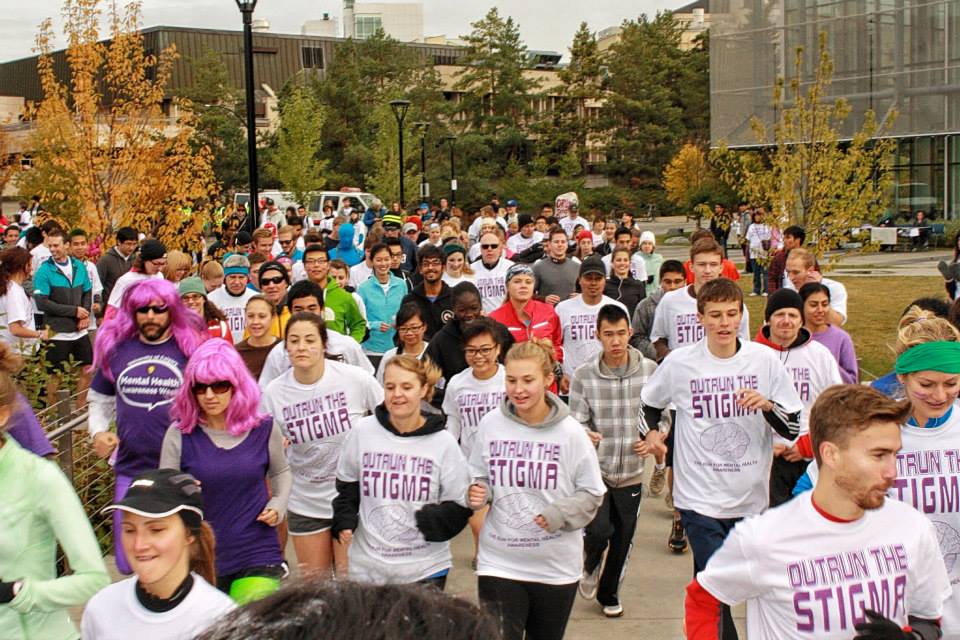 And what about getting to the point where you felt like you could plan a whole event?  I feel like most people don’t just go from idea to this amazing event.  What started you down this path towards giving back in your community?

I’ve been interested in mental health for a long time.  I have personal family experiences with those issues. I have an older sister with Down syndrome so I think I’ve been very sensitive to the mental health stream and how it’s stigmatized in our community.  I’m in the public health program and we learn a lot about the social determinants of physical health disorders, but not a lot about the determinants of mental health disorders. It is such an unknown, and up-and-coming, and the last health hurdle that we need to tackle in our society.

That’s why I got really interested in it, but it took a long time for me to actually stand up and have the confidence of taking on a project like that and seeking out the tools that are necessary.

Can you recommend organizations if somebody wants to get started working on mental health issues in their community, volunteering or even eventually starting their own project?

A lot of non-profit organizations working with vulnerable groups of people have an aspect dealing with mental health.  It’s just key to any sort of success, really.  Definitely check out the Canadian Mental Health Association.  Any main city in Canada has local homeless shelter organizations that have a mental health branch.  There are lots of helplines. In Calgary, there’s the Distress Centre, Calgary Self-Help, and the women’s resource center.  I think the same sort of programs that target vulnerable women, vulnerable children, vulnerable people, exist in every single city center.

Is there anything that you’re most proud of?

Definitely proud of the community that we created.  It’s very empowering to see that many people together supporting the same issue and creating an environment where people were comfortable to talk to each other about mental health issues.  People were approaching us and showing appreciation for creating this environment. That was definitely the proudest moment, even more so than raising the money, and all of the hard work beforehand.

Any future goals for the future of Outrun the Stigma?

I don’t know where I’m going to be next year, but I would like to at least be a guiding presence for the team.  I want to see this become huge down the road: an annual run in tons of cities.  I want to reach out to other universities to see if we can create a chain link of all these people doing the same run on the same day.  We can collaborate, support and feed ideas off of each other.  That would be really cool if we could make this sort of a thing across Canada.

I just want people who are currently struggling with mental health issues to know that there is a community of people who aren’t going to let you get stigmatized, and are going to defend you, and accept you. That’s what we did that day and I’m very proud of that.