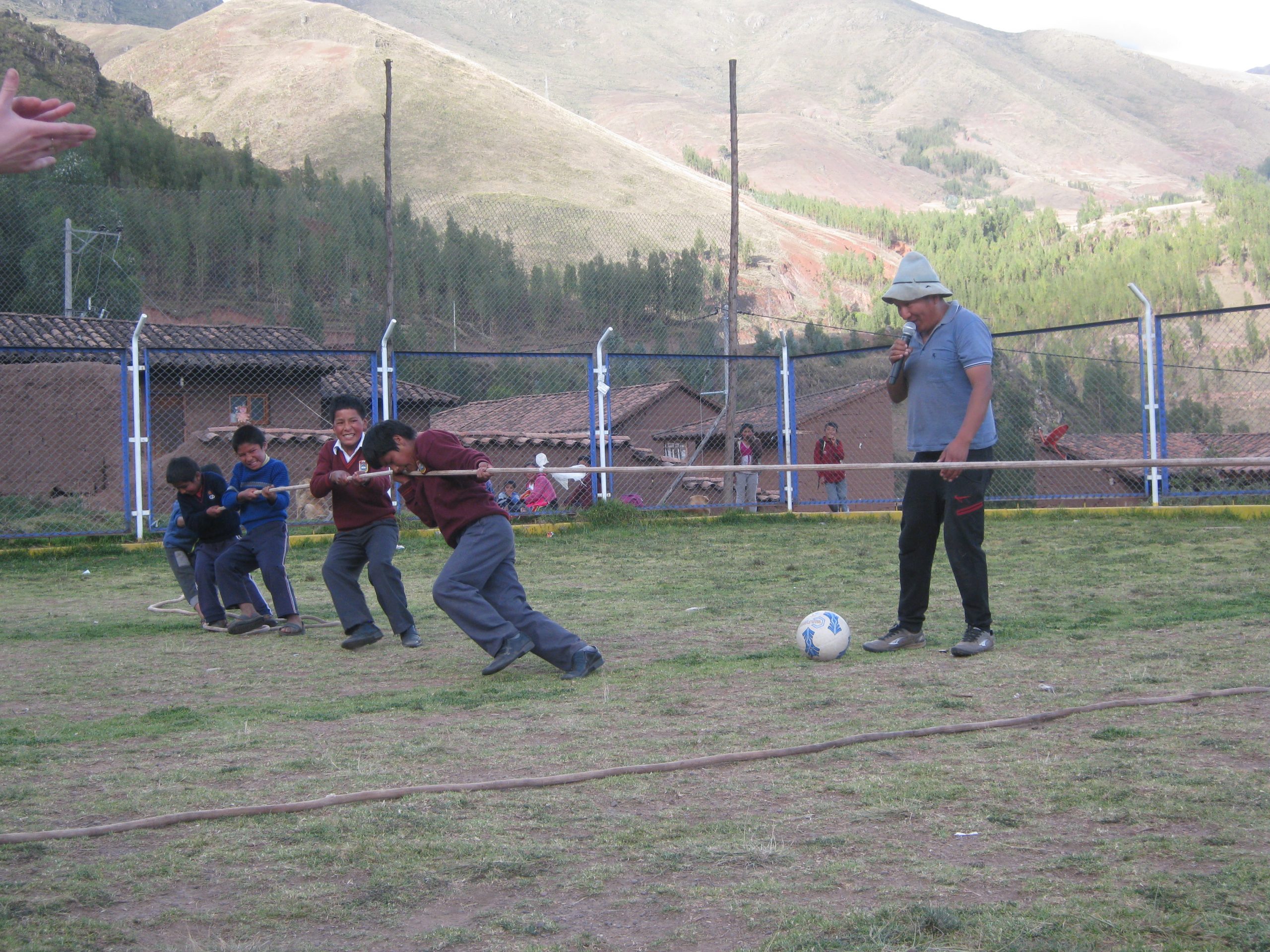 Posted at 15:16h in South America by Anna Cunningham

On one of our last nights at Kausay Punku, we had “community day” with the community of Maska. All of us staying at the farm went up to the local soccer field to play with the kids. First we played a soccer game against them, then we watched them play each other.

Only the boys were playing sports, because it’s still considered a masculine activity in the community. Since most of our group is female, we were setting an example to the little girls and adults by joining in the soccer game without a second thought, which was really cool. Due to altitude, it was the hardest I’ve breathed during exercise – I’m terrible at soccer, but it felt good to be moving! 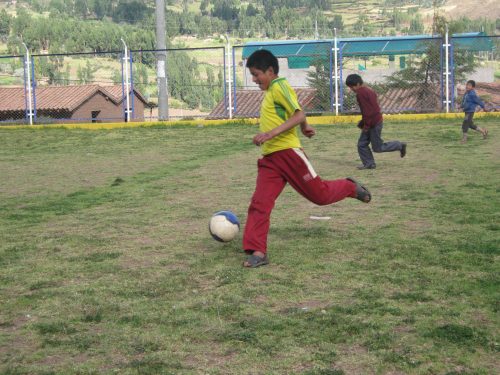 On the sidelines, we showed one little girl how to use a camera, and she gave me a beaded bracelet that she’d made. After the soccer games, we played a couple of rounds of tug o’ war against each other, and then had an English/Quechuan sing-off with the girls. Quechua is the traditional language spoken in Peru that preceded Spanish in the history of the country.

Based on an inside joke amongst our OG team, I ended up singing All Star by Smash Mouth to the local children, which we all had a great time with. Our last little game with the kids was a Quechua/English word memory contest: Arcadio, the community president, would ask a kid how to say a word in Quechuan and one of our leaders how to say a word in English. The kids sometimes didn’t know a Quechuan word, which is evidence of Arcadio’s observation that Peruvian youth are beginning to abandon their traditional culture. 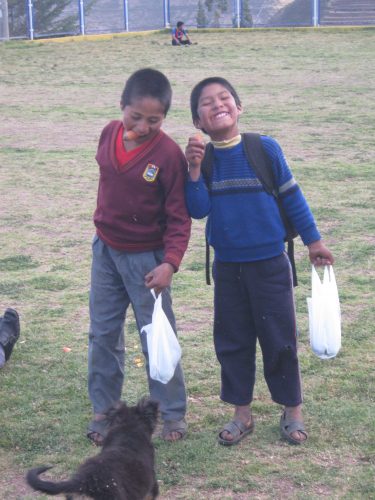 We gave every kid who volunteered to sing or say a word a prize snack bag that we’d bartered for in the markets of Pisac the day before. They each got a carrot, a zucchini, a lime, and a potato. We thought they’d bring them home for their family to use in cooking, but they all just ate them there (except the limes of course!)