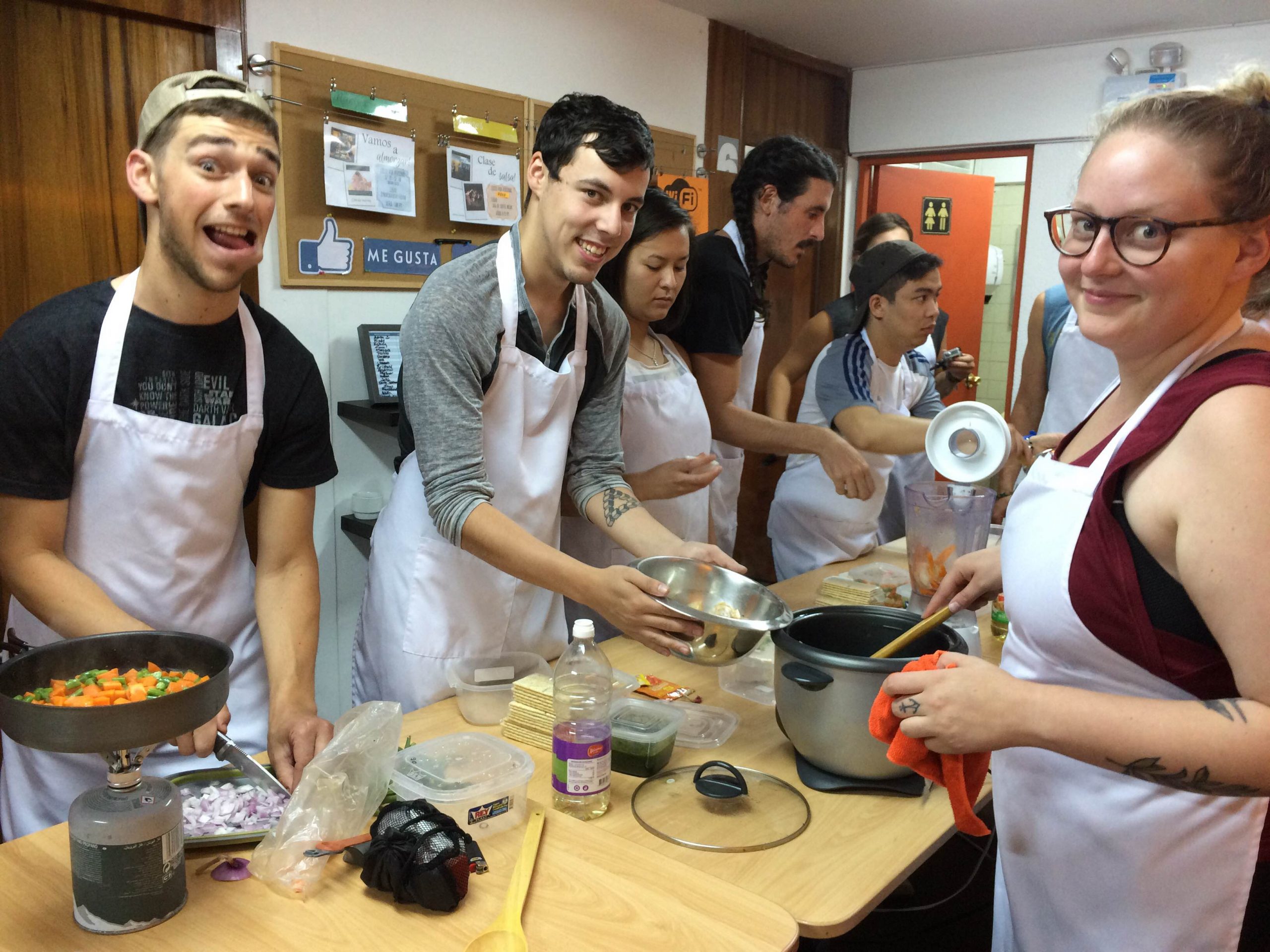 Posted at 15:49h in South America by Anna Cunningham

Cultural exchange allows tourists to connect with their native host in a significant and meaningful way. Exploring Peru and its multiple cultures has been both challenging and rewarding. As an observant Jew, keeping kosher in Peru has been challenging.

On one particular occasion in Lima, the chef offered to make me my own personal kosher meal. He brought me into the kitchen and had me choose the ingredients that were kosher. I then gave him my own frying pan (because who doesn’t travel with their own frying pan?) to cook my dinner in.

I just couldn’t believe what was happening. Here I was in a restaurant in Peru, and the chef was cooking me my own personal kosher dish! True, keeping kosher in Peru has limited my opportunities to have authentic Peruvian cuisine, which in itself is an important and tasty cultural experience, but by maintaining my kosher diet I am sharing my own tradition and culture, which has led to interesting experiences.

After that dinner, I was chatting with the chef and his family who run the restaurant. It turns out that this family has Jewish roots that don’t go very far back – apparently their great-grandfather was Jewish. Time didn’t allow, but I would have loved to learn more about their family history. 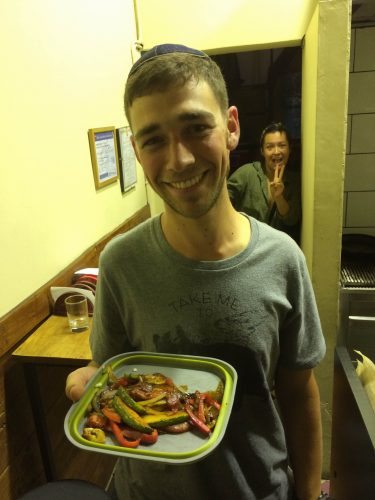 After Lima, the next place we spent time in was San Roque de Cumbaza. There we helped with various projects such as clearing fields and building a septic tank. It is also where we learned about ecotourism, which we experienced during our three-day jungle trek. Here as well, the locals were very accommodating with my dietary restrictions, even if they couldn’t really understand them.

They made sure I always had something to eat. In San Roque we learned how the Amazon jungle plays a crucial part in their cultural traditions. As a guest in a different land and culture, respect and humility are important mindsets. For me, it was a surprise when respect and humility were reciprocated by the Peruvians. The locals in San Roque were interested in my tradition as well.

On several occasions, while reciting my daily prayers, a local or two would sit down next to me and just listen. They would look at my Hebrew prayer book and try to follow along to prayers they had never heard and in a language they couldn’t understand.

They didn’t understand the words I was saying, and my Spanish is not nearly good enough to explain the prayers to them, yet they kept coming to listen. They had a genuine curiosity about a foreign tradition, and they absorbed it as best as they could. It’s a beautiful experience when people from different cultures can come together and share their traditions. 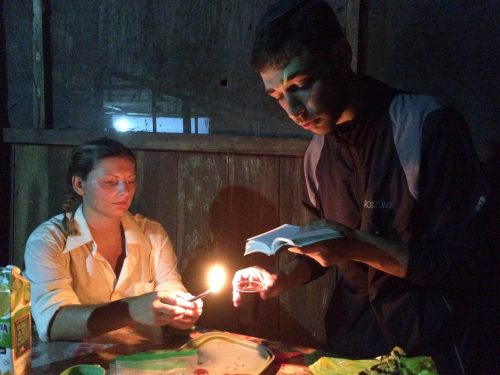 Our next destination was El Estrecho, a small but lovely village on the Putumaya River right on the Peru/Columbian border. In an effort to preserve their ancient traditions, they were building a maloka – a traditional school house/community center where they can practice their customs and transmit their heritage to the younger generation.

We spent our days there clearing an area of land so that they could build. We even got to assist in raising up the first four posts that will hold the structure. After each day of work we were both exhausted and hungry. Lucky for us, Wilder, the owner of the restaurant where we ate, was there to make us delicious and satisfying food.

Wilder didn’t really understand why I couldn’t eat what he prepared, but he took no insult and went out of his way to make sure I had something. After meals, I would often stay and talk to with him as best I could with our language barrier. He took a liking to me and was curious about my kippah (traditional Jewish head covering); he even thought it looked nice, so I let him try it on.

I wanted so badly to show my appreciation to Wilder for accommodating my dietary needs, so on our last day in El Estecho I presented him my kippah as a gift. He was so touched by this, he responded by giving me a gift of his own. He gave me a baby caymen crocodile head! This exchange of gifts was so special and whenever I look at my baby caymen head, I think not just about Wilder, but about cultural exchange and the positive energy it brings to the world.