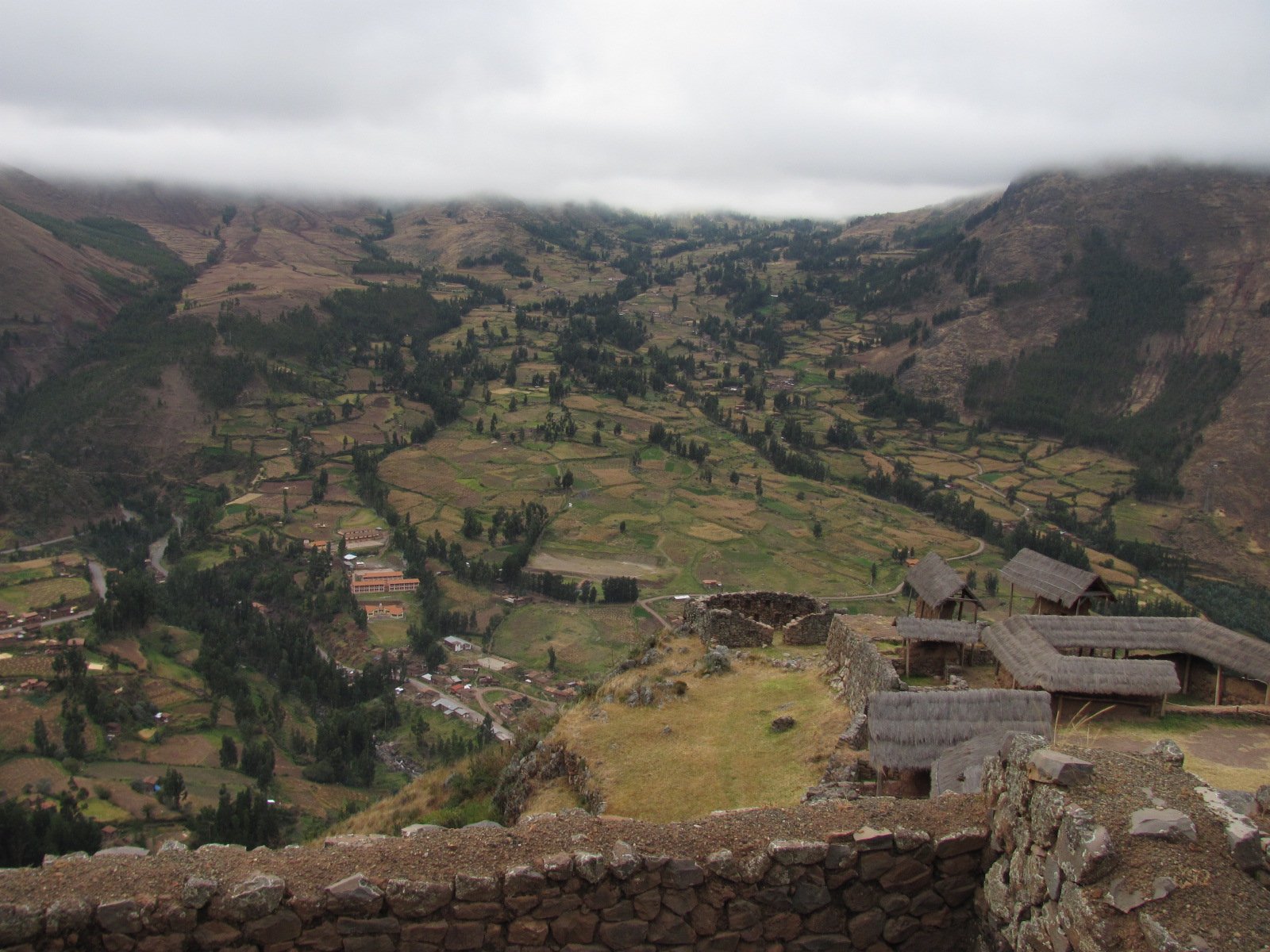 16 Jun Cusco-Chahuay (According to Ben and Evan)

Posted at 19:58h in South America by Justine Yu

We hopped off of the twenty-two hour bus ride from Lima with heads filled by endless obscure American movies (dubbed in Spanish, of course) and music videos on repeat by the Latin artist Romeo. The winding roads and rising altitude proved to make for a difficult journey. We landed in the city of Cusco with a great many sensations inside, enthusiasm for things to come… and terrible altitude sickness. Our hostel was stunning and the employees were amazingly kind – refusing to let us wash our own dishes so our hands would not get cold. We ate lunch and continued to acclimatize. The acclimatization process was aided by a night of relaxing yoga at the Healing House center.

On the dawn of the following morn, we awakened to venture off on a difficult trek to an ancient Incan (Monkey) Temple. Many beautiful panorama pictures overlooking the city and breathless pit stops later, we finally reached the ruins. The OG crew had tons of fun doing yoga poses and snapping pictures on the rocks. Once everyone had gotten their fill of adventuring, we proceeded to have a yoga class right there on the top of the mountain. Breathing in the fresh Cusco air and doing yoga surrounded by the gorgeous landscape, I began to really get a feeling for the amazing land, affectionately named “Pachamama” by the natives. Besides the yoga and meditation, Cusco was filled with a lot of relaxation, acclimatization, and shopping for the OG team. After two short days, it was time for us to move on to the remote location of Chahuay. 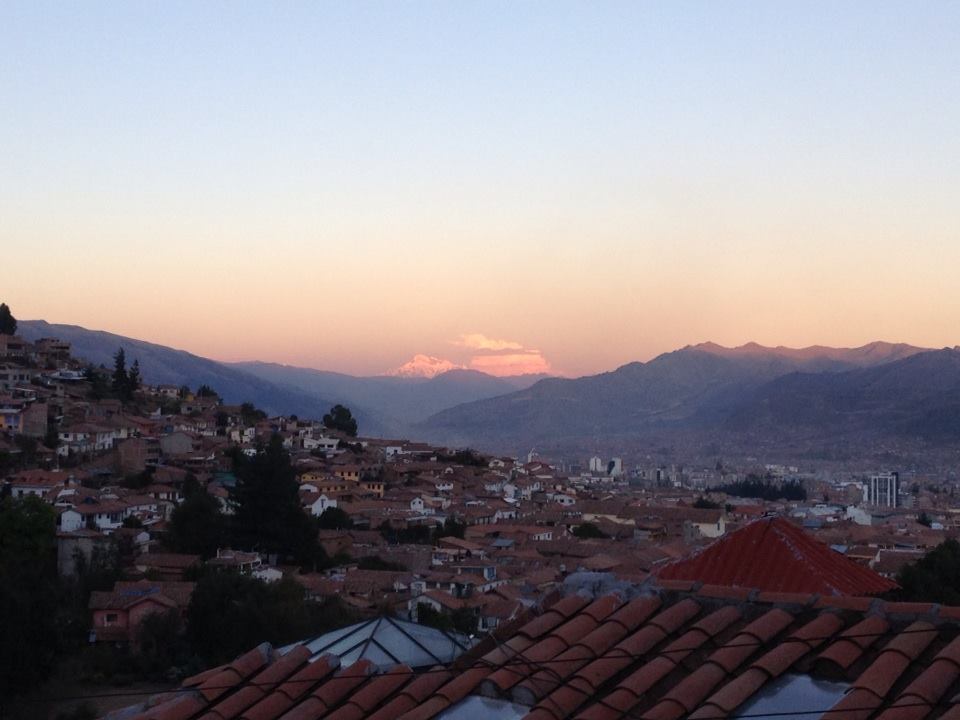 Chahuay is a small rural town next to a swampy lake that is encircled by breathtakingly grand mountains. We stayed at a resort ($5 per night!) built by the locals. The Chahuayan president and other leaders of the community greeted us at the resort. Out of nowhere a man carrying a Peruvian flag led a line of singing women down to our bus. All dressed in traditional and colorful garb, the locals approached us, took our hands and led us up to the resort. Besides the president, we were introduced to the herb doctor, treasurer, and speakers for the community. They were some of the sweetest and most sincere people I have ever met. The Chahuayans were so warm and inviting and clearly happy to have us staying there. The ladies there also refused to let us clean our own dishes for fear of cold hands (recurring theme?).

The next day the president guided us on a hike up the mountain to a historic temple. After telling us the history behind the site and having each member of the OG team make an offering of Coca leaves and wine to the Pachamama we headed back down to have some lunch. Lunch was “watya” or potatoes cooked under a pile of smoldering dirt along with cheese made from milk collected that morning. It all was actually quite tasty. We finished making our descent down the mountain carrying eucalyptus branches for our fires that night.

The following morning, the team reluctantly awoke around 4:30 a.m. and piled into a van that would lead us to the start of our arduous yet amazing journey for the day. Every step was a battle; the lack of oxygen in the air and the burning of the legs competed with the sheer willpower of the team to trek onward. The hike ended up taking us about 11 hours and we covered an approximate distance of 28 km. Spirits were kept high with frequent breaks which included savory PB & J sandwiches and an occasional singing of “Eye of the Tiger”. After six hours and many miles later, we came upon easily the most breathtaking view of our trip so far. The ancient Incan Fortress Waqra Pukara stood tall in the distance, surrounded by canyons and ravines that carved tremendously deep into the Earth. We climbed the looming structure and had a much needed lunch accompanied by some meditation. The ascent was very gradual while the descent could only be described as the exact opposite. The team scaled directly down the side of the mountain into the nearby town where we awaited the taxis that would sweep us off our exhausted feet and bring us back to our beckoning beds. 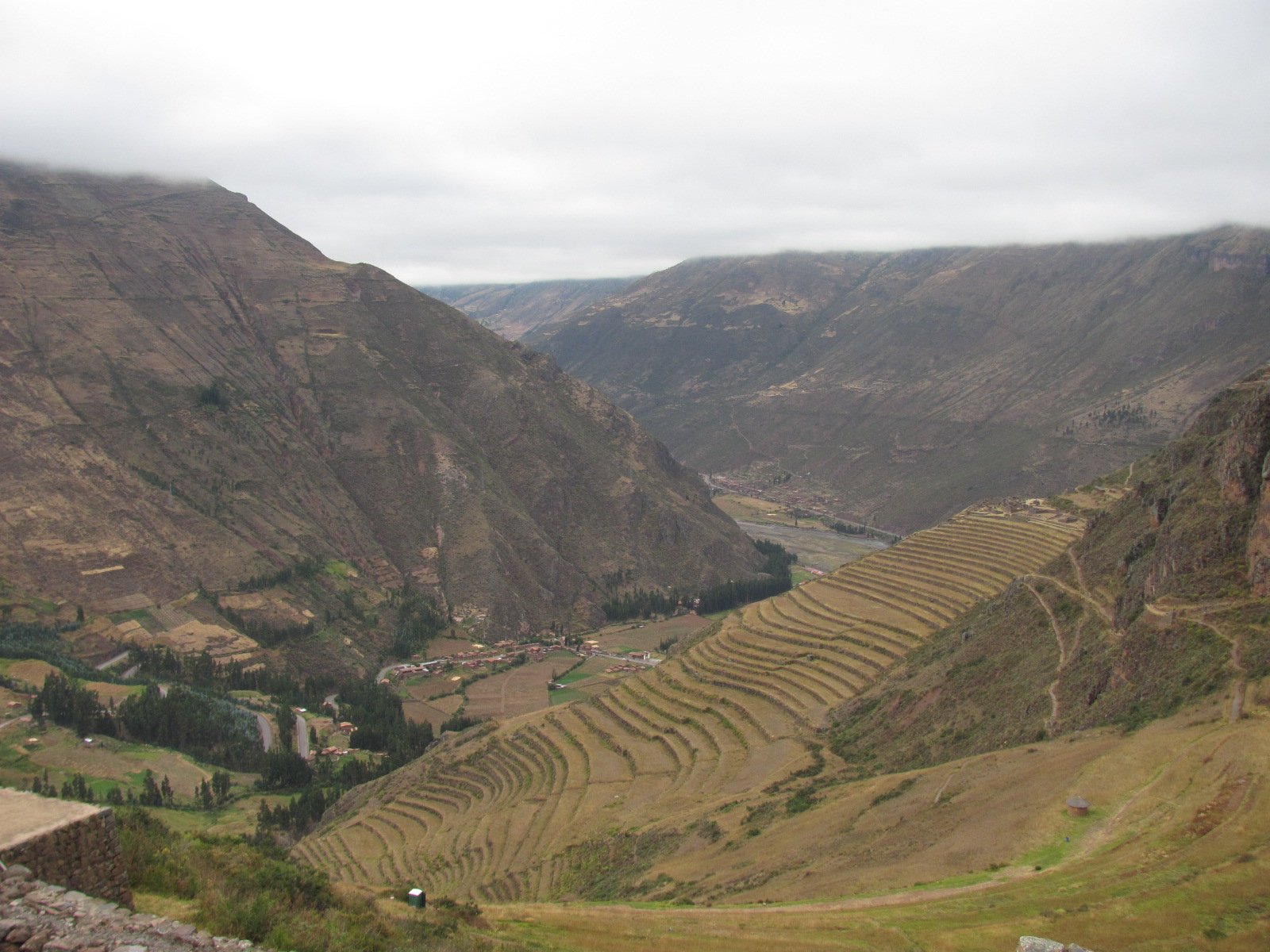 Before our departure though, it is worth mentioning the few local boys who kept us company in our wait. Boys no older than 8 or 9 were playing around us, rolling tires with flimsly sticks for axels. A simple toy with no batteries or lights, yet you’ve never seen a happier bunch of children. Eventually they brought out an extremely flat soccer ball – it was time to play. We kicked about and taught the boys a few English words as the time flew by. “Yo tengo shoes!”, the boy shouted ecstatically when we told him the English word for zapatos. The cabs arrived soon after and it was time to bid farewell to our new amigos.

These people of Chahuay were living such simple lives and yet were some of the happiest people we have ever observed. Chahuayans have many less comforts than our societies do in Canada and the States. But this allows them to experience a simple and pure happiness that our home communities have lost touch with. The adults dance and sing without any inhibition and are always rocking huge smiles.
The goodbye ceremony was my favorite part of the trip. The president and vice president stood readily equipped with drum and flute. They began to play as the locals from the opening ceremony took our hands once more and ran us all throughout the resort. The line finally neared the parked bus but suddenly a circle formed.

The leading man hopped into center stage proudly waving his flag to the beat of the music. One of the local women followed him in with a rope and began to perform a traditional dance. One we’d never seen or experienced ever before. She started launching her rope at his buttocks while he attempted to parry the blows. The lady then ran back out to the pacing circle and handed the rope off to one of the girls from OG. A cycle began with the girls playfully hitting this man’s bum and then handing the weapon to the next challenger. A new element was added to this deadly dance as the flag was handed to me.

I became the prey as the rope was passed off back to one of the Chahuayan women. There was nowhere to run. I retreated as close to the perimeter as I could. She closed in on me. I didn’t stand a chance!