16 Jul Delhi: An Assault on the Senses

Posted at 13:06h in South Asia by Operation Groundswell

July 4th is known around the world as a day to celebrate Stars and Stripes, but for the 6 American, 5 Canadian, and Chinese participants of our India: High Altitude Education program, it will also be remembered as the day they arrived in India for the first time. They touched down in Delhi, a bustling metropolis internationally known for its assault on the senses. It’s a struggle to do justice to the variety and power of the noises, smells and sights of the capital, but here are the thoughts of fresh eyes (ears and noses) to give you an idea! 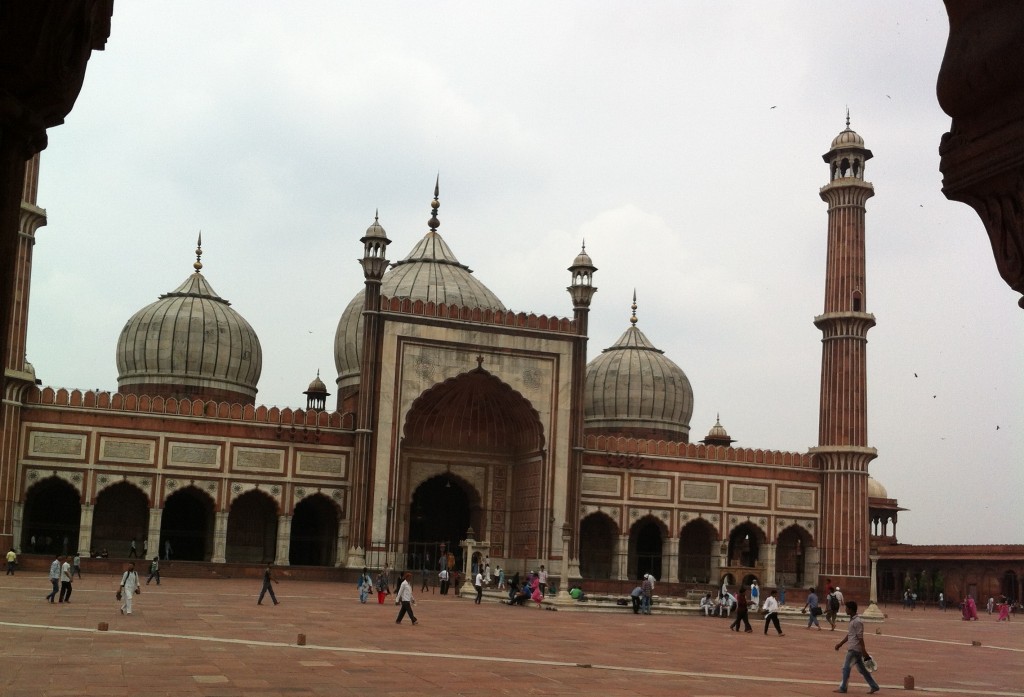 Alex (Halifax, Canada)
In Delhi, I walk around with my mouth wide open in amazement at everything around me. Everywhere we go there is something new that blows my mind. At first, it was the traffic; it seems like there are no rules whatsoever, except to use your horn all the time. I almost got ran over about 20 times on the short walk from the airport express metro to the hotel!

Oh and in the three or four days that I’ve been here, I don’t think I’ve stopped sweating at all.

Matt (New Jersey, U.S.A.)
I am overly empathetic to the people asking me for money or water. With persistence, they usually get to me, especially the young children who playfully hold their palms out near their mouths and insist that I give them some water. I am the only one who consistently gives in.

Suzanne (New York, U.S.A.)
I thought that two years of living in New York had toughened me up to the hustle and bustle of city life, but navigating through the streets of Delhi is a whole new level of “cray-cray”. While the heat is oppressive, the energy here is raw and pulsing.

I think I must be the only redhead around, because as I walk by, the scores and scores of young Indian men (they outnumber the women considerably), stare and whistle as I walk by. Maybe it’s that, or maybe it’s the amazing henna sleeve the gentleman down the street painted on my arm? At any rate, the last few days have been quite the introduction to Indian life, from the epic fail at bargaining for a reasonable entry to the Friday Mosque (Jamma Masjid, Old Delhi) or a cheap rickshaw, to the beautiful, haunting ragas we were a party to last night at the Indian Habitat Centre.

Looking forward to our bus ride to Manali!