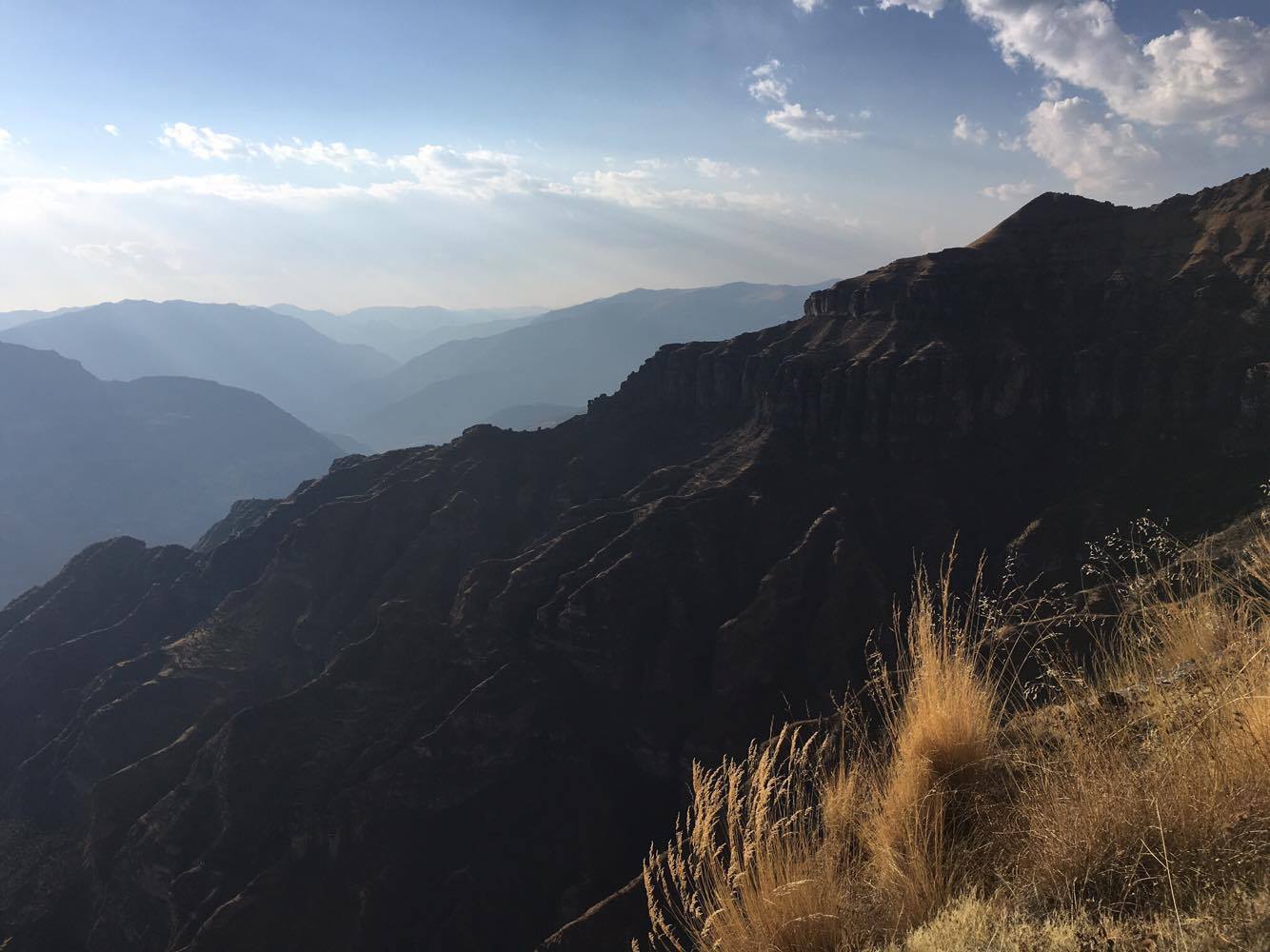 Posted at 17:54h in South America by Anna Cunningham

Arriving to wooden cabins facing a beautiful, still lake, surrounded by mountains, all while being greeted by the neighbouring community: Welcome to Chahuay! A beautiful, surreal place with many adventurous opportunities! Our group has been able to experience the generosity/kindness of the locals, explore the neighbouring mountain ranges, and camp by the gem that is the Waqra Pukara.

Ever wonder what it would be like to live in a society that is not governed by capitalism? A society that is developed as a community that looks at the benefit of all its members and works together to improve it? We had the chance to experience this first hand in Chahuay. The community is governed by a union that has an elected council who work to serve the needs of its people.

The majority of the Chahuayan community are farme
rs and have worked hard to maintain their culture and heritage. They invited us with traditional dishes, and took time out of their busy schedules to let us know how they run their community and the traditions they follow. 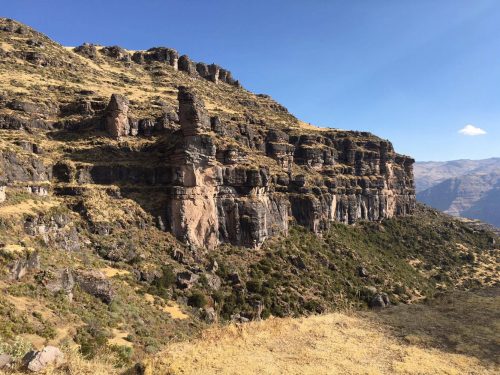 The Chahuayan people are very accustomed to dancing to celebrate during times of harvest and other special occasions. Our arrival prompted such a celebration. We danced with the union members and the locals hand in hand, and felt welcomed in the best of ways.

Our stay in Chahuay allowed us to do an 8-hour hike up to sacred ceremonial grounds, the Colca rock, which was led by union members Nico, Leonardo, and Porfirio. We started off with a hike into the mountains, leaving the stunning view of the lake behind us only to be greeted by some farm animals along the way.

Making our way higher, up ahead was nothing but the colour of golden grasses, mountains, and the Colca rock itself; behind came the frequent appearance of the clear blue lake. We were given the opportunity to hike a more steep part of the trail, which led us through the Colca rocks itself. Although a little more intense, it was definitely worth it! 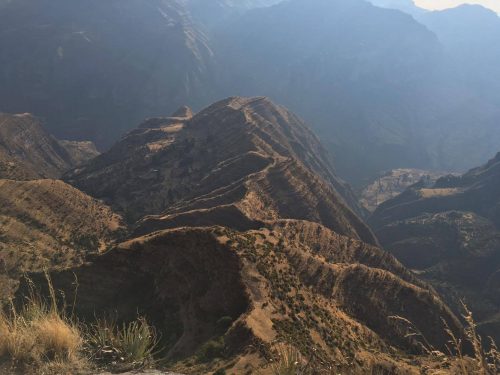 Once we arrived at the sacred grounds, the three community members held a ceremony to Pachamama (Mother Earth) and the mountain gods, grabbing three coca leafs and “praying” for each one of us by name; the leafs were later burned. We then headed back down to the base of Colca rock, where the locals had prepared us an amazing lunch! The rest of the hike consisted of returning to the hostel.

Waqra Pukara is an ancient Incan ruin that we also had the chance to visit with the help of the Chahuayan people. We spent a day and a half climbing up to the ruins, camping nearby overnight, and hiking back down the next day. The hike up was the hardest trek we had done so far with fewer rest breaks and reaching an altitude of 4600 m along the way. Our trek consisted of yellow sands for miles on end with a few breathtaking lakes in between.

Once we arrived, we had the chance to view the sunset while at the peaks of the ruins themselves and below a widespread canyon (which surrounds three quarters of the ruins). The sun set with a pink hue, and a star-filled sky then followed; sights that will always be remembered. 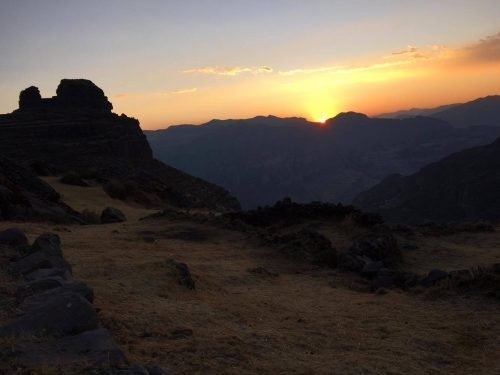 As night fell, the locals once again cooked us an amazing meal which was shortly followed by a celebration around a fire. We were given traditional attire to wear as we danced to music, clapped, and took pictures.

The night ended as we enjoyed the stars and camped with the ruins in sight from our resting place. The stars reminded us of how small we were compared to all the galaxies around us.

We were made to think of wars that were fought, and how many rulers reigned to take possession of this tiny planet we are all a part of. This brought more meaning to the great Incan civilization and the part we play in the world today.

With all that we had the chance to experience in our stay at Chahuay, we were most grateful to have been welcomed by the community with such open arms. The etiquette within their community, and how they dealt with us Gringos coming to visit, were something to learn from. 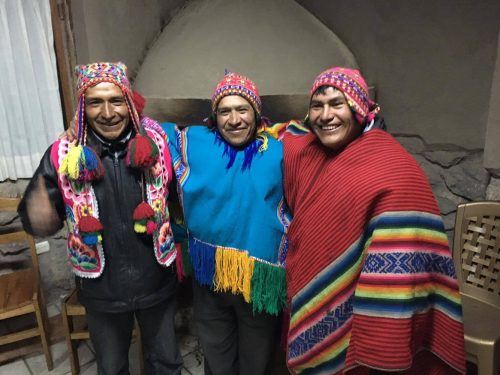 We were taught about what is important to their people, how they would like to build a better future, and that they are more than willing to share their wealth of knowledge with whoever would like to learn.

It is said that experiencing another culture allows one to learn more about their own and see the benefits and flaws within it. As Westerners, we see an urgency for progress and growth, and often become impatient if it does not come to us right away.

We learned from the Chahuayan community about patience and the extent they have gone to in preserving what they feel is most sacred to them. Chahuay is a gem, and the people who live in it are the sparkles that will enlighten many of the simple beauties of life. We urge all to visit and help build such a Utopian society to fruition.