Posted at 11:06h in Southeast Asia by Operation Groundswell

Round two of Southeast Asia Animal Conservation has begun! The group — four gentlemen and six ladies (a stark change from having all girls on our last trip) — has already conquered the streets of Bangkok including the infamous backpacking mecca of Khao San Road. Street pad thai, $6 massages, and ‘gypsy’ pants have all been discovered by the gang.

Our three days in Bangkok, which in Thai means ‘the city of angels’, were a primer to orientate the group to this diverse slice of the world. A scavenger hunt unearthed beautiful golden buddhas, massive outdoor amulet markets, the fact that a friendly tuk tuk driver can and will scam you into going to a tailor shop, and that telling a tuk tuk driver to drive you on the Chao Praya is impossible since it is actually a river and not a road. Much was learned in an action packed day!

The following day we checked out two of Bangkok’s other most famous temples—Wat Saket as known as the Golden Mount and Wat Arun, the temple of dawn located on the banks of the Chao Praya River. 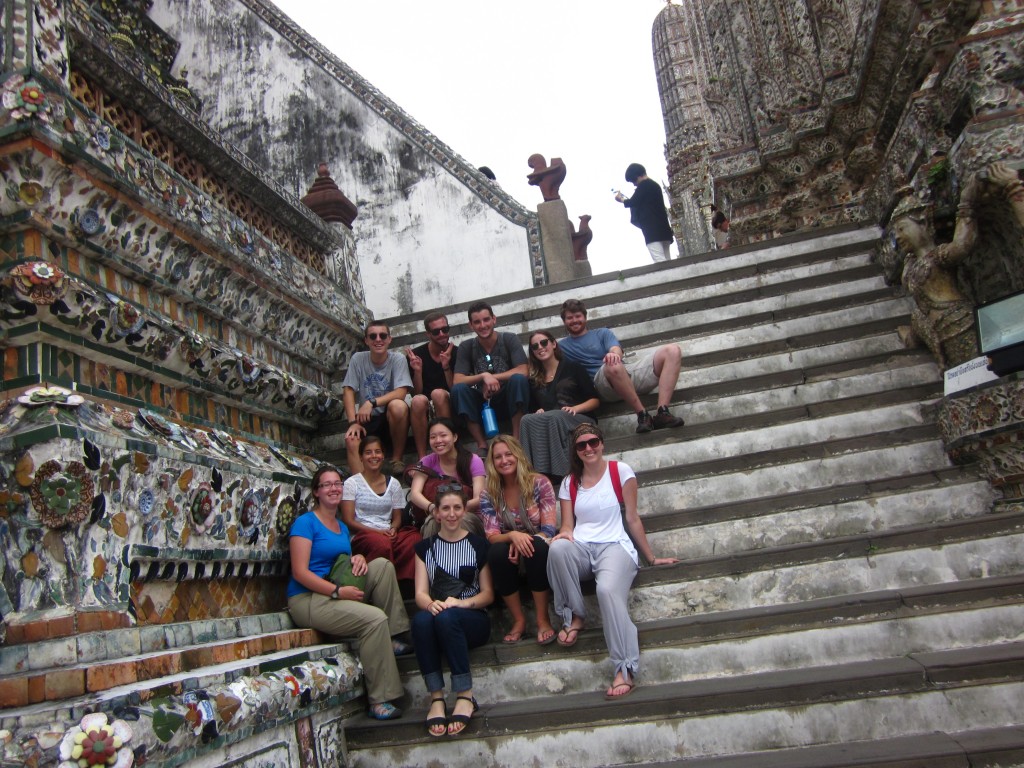 After a morning of temple exploring, the group prepared for the first of many long bus rides across this region. An introductory 12-hour night bus has landed the group in cooler, northern Thailand in Chiang Rai. A quick round of showers and then the group will head to Jahlae, a Lahu village. During the five day stay in Jahlae, the group will help the villagers build a bridge over a river, which will cut the walking distance from the village to the rice fields from over 5 km to only 1 km!

From bustling, metropolis Bangkok with over 14 million people, we will be transitioning to the quiet jungle mountains with limited electricity, bamboo floor beds, and cold, refreshing bucket baths!