Posted at 08:46h in South America by Operation Groundswell

We’re currently in Iquitos, a city of about 500,000 smack dab in the middle of the Amazon jungle. It’s hard to tell in this bustling city that on all sides of us sit miles and miles of jungle. Absolutely amazing! This posting covers the first 11 days of our wild Amazon Adventure!! It’s been a thrilling time in Peru and finally we have adequate Internet access that allows us to write our first update. Hope everyone enjoys!

Our orientation took place in Lima and it is not what anyone from our group expected. This time of year, Lima endures a constant grey sky with no clear view of sunlight. There is a crazy amount of fog. Fog is literally everywhere. It results in a very somber and bleak appearance. Lima is also very cold this time of year so we were walking around with jackets and long pants. Near the end of our week in Lima we took a great bike tour along the coast in Barranca and we finally witnessed a beautiful picturesque Lima that we had all been waiting for (huge rolling cliffs covered in greenery that meet with what we learned was a constructed beach that ran along the coast, as well as colourful houses, buildings, and twisting roads)! We’re sure that in Lima’s summer time when the colour of the city reappears, there would be a very different feel within the huge city. 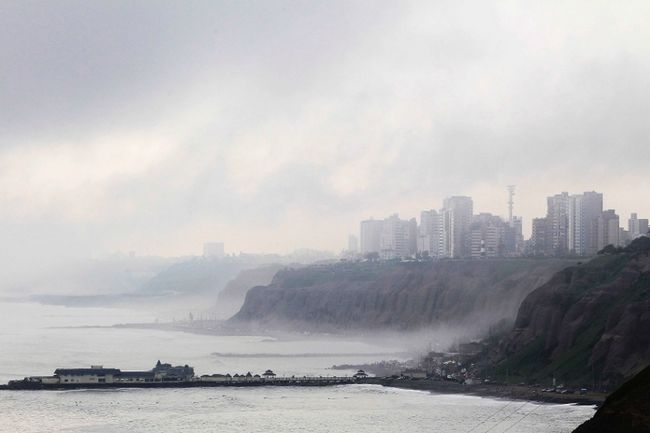 Lima, where are you?!

But it was here that we were introduced to Peruvian cuisine with our numerous lunches of Menu del Dia (menu of the day: consists of a starter of soup or salad and a large main course). Mainly lots of chicken, rice, and brothy soups. We get the occasional delicious plate. We’ve had yummy tamales (steamed corn with chicken), Euka (cassava root) and Pescado frito (Fried fish), and our group has been having a new fruit of the day every day! We’ve been introduced to so many fruit we’ve never heard of…it’s incredible!

The highlights of Lima included a trip to Pachacucha, crash courses in Spanish, visiting Museo De Luminoso, an interesting meeting with a man named David who spoke to us about his work with the “uncontactable” or “intentionally isolated” people living in various parts of the jungle, the bike tour of Barranco, and finally our epic journey to Iquitos!

Our group visited a community 2 hours by bus from central Lima called Pachacucha. This is a newly formed and very poor part of the city that resembles a shanty town. The residents unofficially occupied the area 13 years ago and developed a very large community that is now home to about 500,000 people (in very tight quarters). There, we met up with one of the community leaders and his wife, Dario and Edith. Dario took us on a tour of Gorilla Mountain, the very highest point in the town that is a sandy and rocky climb. Unfortunately,  due to the vast amounts of fog, we could only see within meters of our surroundings. Dario also invited us into his home, Edith served us a huge Peruvian lunch, and Dario spoke about the history of the town. He also explained what he does through his work to develop and advocate for the town and help lead their efforts to improve the community.

We attended Spanish classes every morning in Lima for four days from 9 a.m. to 12 p.m. We were broken into groups depending on how much Spanish we knew. There was a beginner, intermediate, and advanced class. English is not widely spoken in Peru so communicating for a lot of us has resulted in lots of hand gestures and embarrassed expressions. It’s funny. Beck, our trip leader, thinks it’s awesome and brave! In our classes we learned the very basics of Spanish, common phrases like “my name is”, “how are you?”, the numbers, and some common verbs. More advanced students practiced more lengthy conversations. We’ve all mastered “donde esta el baño?”: where is the bathroom? The essentials! 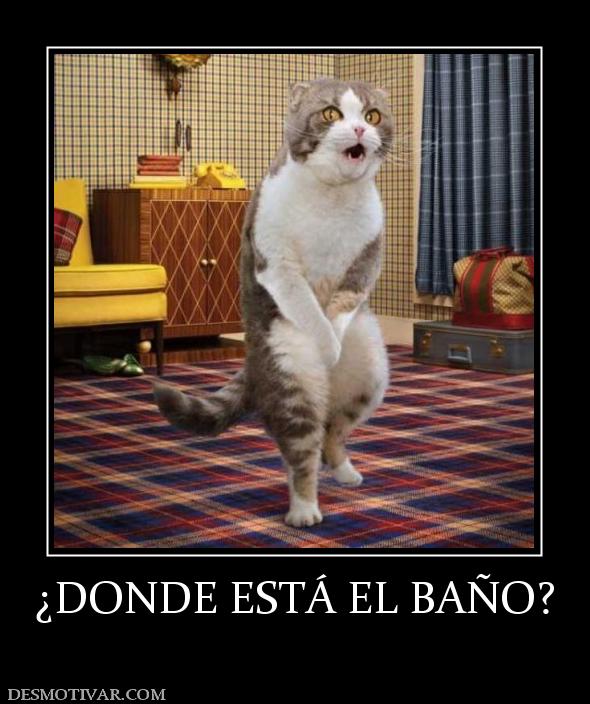 You gotta know your Spanish essentials

We visited the Museo De Luminoso, which gives a long and detailed overview of Peru’s history of civil unrest and terrorism between the government and a group called “The Shining Path” (in English). It was very interesting because it seemed that very few of us were well informed on Peru’s history.

Later in the evening on the fifth night in Lima, Beck and Jesse introduced us to David, a man they had met in early June to talk to us about his work. What he had to say was fascinating! He is originally from London, England and works for two NGOs and is also a journalist. He has been working for nearly ten years in and out of Peru fighting for the right of the indigenous “intentionally isolated” people living in Peru’s Amazon jungle.

These people live in tribes in the jungle with little to no contact with the rest of Peru or the world. They are now nomadic peoples (due to destruction of the Amazon), they hunt for their food, they live in huts, they dress in less clothing or none at all. David explained to us how oil companies are destroying their home/territory. The Peruvian government was not acknowledging their existence for a very long time until aerial photographs were released of them and their temporary huts on a shore along a river in the jungle. Because they are not officially recognized by the government and many simply deny their existence, their long term survival is bleak. David fights for their rights. He gets his information from communities living near the isolated tribes who have had random encounters with them. He also has spoken with members of a tribe that were kidnapped from the jungle.

Firstly, it was fascinating to learn about these people. It is so hard to believe for us that tribes like this still exist in the modern world we live in. Secondly, it was amazing to see a person so avidly working for a people whom he himself has no direct contact with.

It’s been quite the adventure so far and we’ve still got more to come! More on our adventure to Iquitos next time! Cheers,