22 Jul Finding Comfort in the Kitchen

Posted at 21:37h in Southeast Asia by Anna Cunningham
Written by Ryan Froude, 2017 Thailand: Farm to Table
As a person who can’t say that they have ever taken a legitimate cooking class, I wasn’t really sure on what to expect when I headed into my first one at “Cooking at Home” in Chiang Mai. However I can confidently say that I was very pleasantly surprised at not only the quality, but also the format in which it was provided.
The hosts were friendly and engaging, always happy to help out when I inevitably managed to either mess up a step or found myself struggling to stuff the sausages we were tasked with making. However, even those moments were quickly passed with laughs and jokes all around. One of my favourite parts was, without a doubt, the demos given before each step. 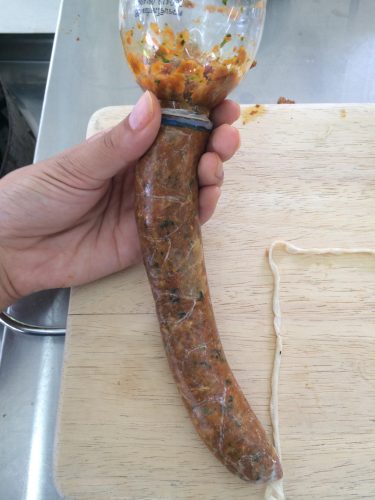 Now as someone who spent a large part of my childhood in the kitchen eagerly watching my mother as she cooked and hoping that she would let me try for myself, the demos were an unexpected pleasure. I found myself extremely interested and engaged, something I have found I have trouble with at school on occasion. She was able to not only keep me engaged, but made the demos fun and filled with laughter.
I learned a lot through them, something that surprised me because I had heard a lot of stories about not actually learning anything in cooking classes. She was more than willing to impart any bit of knowledge she could about the ingredients, why they are used, how they have been used in Thai cuisine, and so much more. A lot of this also transferred over to the practical portion of the class. 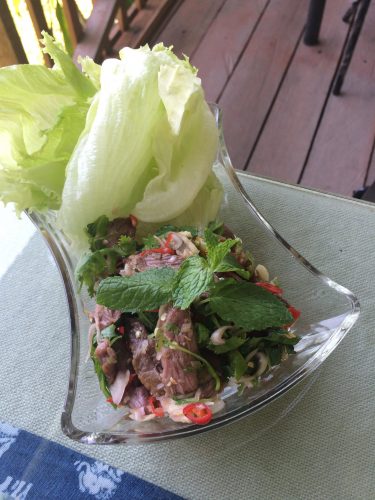 It had been a while since I enjoyed cooking this much. I found it very interesting looking around to see the different styles of cooking and how they went about preparing each part of the meal, learning little tips along the way. Learning how to authentically make Thai food was an amazing experience, one that I’m so glad to have had. Watching someone prepare all the vegetables and go through the steps is completely different compared to actually doing it yourself.
I have always had a love for cooking, baking – anything involving food. It’s a fun and delicious way to relieve stress or spend time with your family. I can’t count how much time I have spent in the kitchen with music playing as I cook alongside my mother, something that I have had far less time to do as I’ve gotten older. This cooking class really reminded me of those times; it didn’t feel like a traditional lesson or class. I still learned an enormous amount, all while in a welcoming and engaging environment. 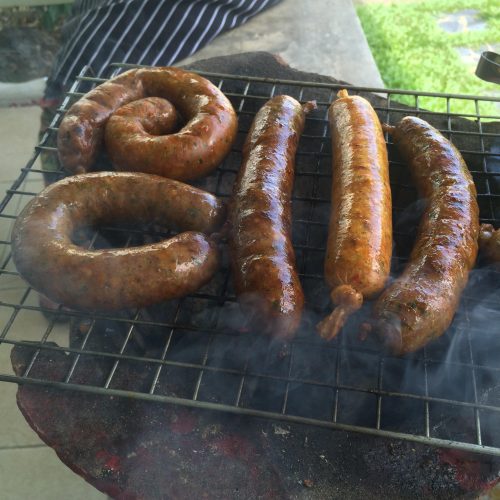 Finally, without a doubt I would recommend this class – “Cooking at Home” in Chiang Mai – to anyone wanting a chance to learn and cook Northern Thai food for yourself. Because of this class I now have the ability to actually make the dishes given in the cookbook at the end of the program. I had so much fun and learned so much in such a short amount of time that it is definitely at the top of my top moments on this program. I would just like to finish off by saying thank you to the two wonderful hosts, Pom and Vasin, for helping me learn so much about Northern Thai cooking. 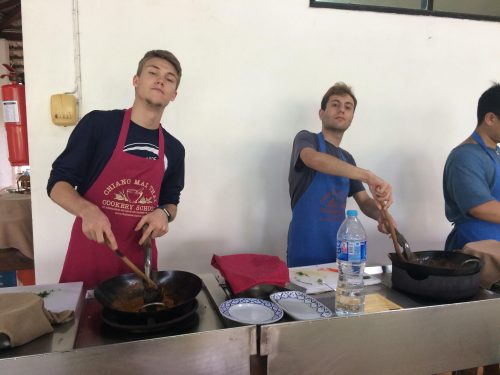