11 Dec Finding (Inner) Peace in the Middle East with Farzona

Posted at 14:19h in OG Headquarters by Operation Groundswell

This post is part of a new series about Operation Groundswell’s superstar alumni and their stories of their travels and their lives back home. Our Outreach Coordinator, Eric, will be interviewing a new alumnus every other Wednesday.

Farzona A. joined us last summer on the Behind the Headlines program in the Middle East.  Every year, one lucky early applicant wins their program fee as part of our Early Bird Catches the Trip contest.  Farzona was our Early Bird winner in 2012!  After winning our Photo Competition this fall, she’s hoping to join us on another program this summer. 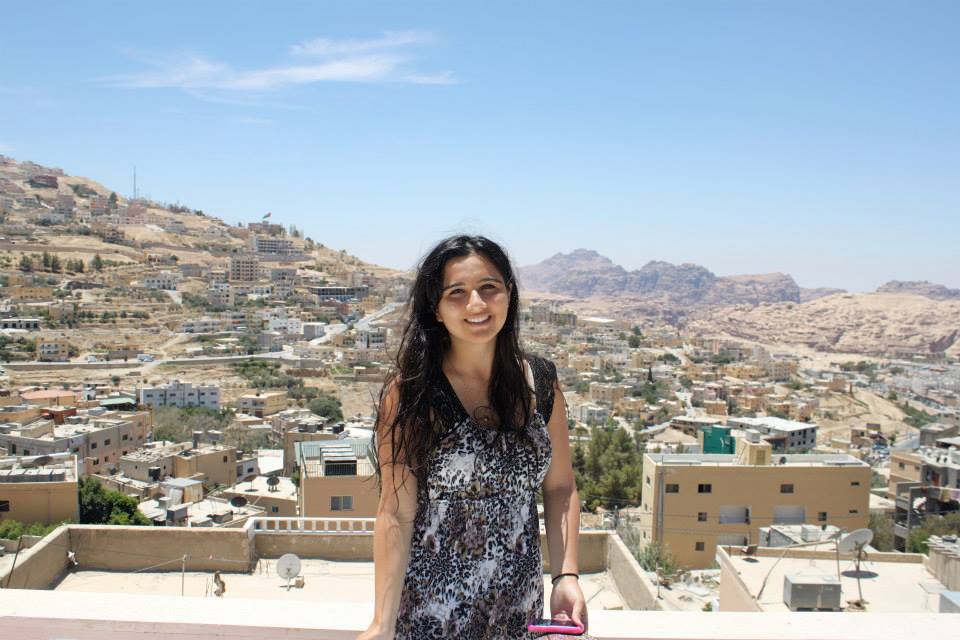 Where in the world are you right now?

I’m currently in Ottawa finishing my last year of undergrad. Not too much time on my hands to do much else unfortunately!

Why did you decide to head to the Middle East?

What made me want to visit the Middle East is the exposure I’ve had to the culture and language for the last few years, and hearing so much about the conflict really pushed me to want to learn more about it in person. With my passion for backpacking and travelling, I thought, what better way could you combine travel, education and volunteering? So I applied out of pure interest.

How did you put money together for the program and for the community contribution?

I didn’t actually think I would end up going because of the costs… then I got the call. Justine told me I was going to the Middle East this summer. Originally I thought the call was a “congratulations we received your application, please pay the $2800 fee by…” until she mentioned I won the Early Bird prize. I swear, it was destiny! And that’s how I got to go. It was a struggle saving up enough money for Independent Travel Time and for flights, but I worked four different part time jobs on top of school and managed to earn enough to get there! As for fundraising, I probably have the most generous friends in the world who helped me reach my goal much sooner than expected. I also had a bakesale in my university with cakepops and lasagna (which sounds odd, but sold pretty well!). I was also selling handmade friendship bracelets in the Palestinian flag colours.

And then I was off! To probably the most thrilling and eye opening experience of my life. 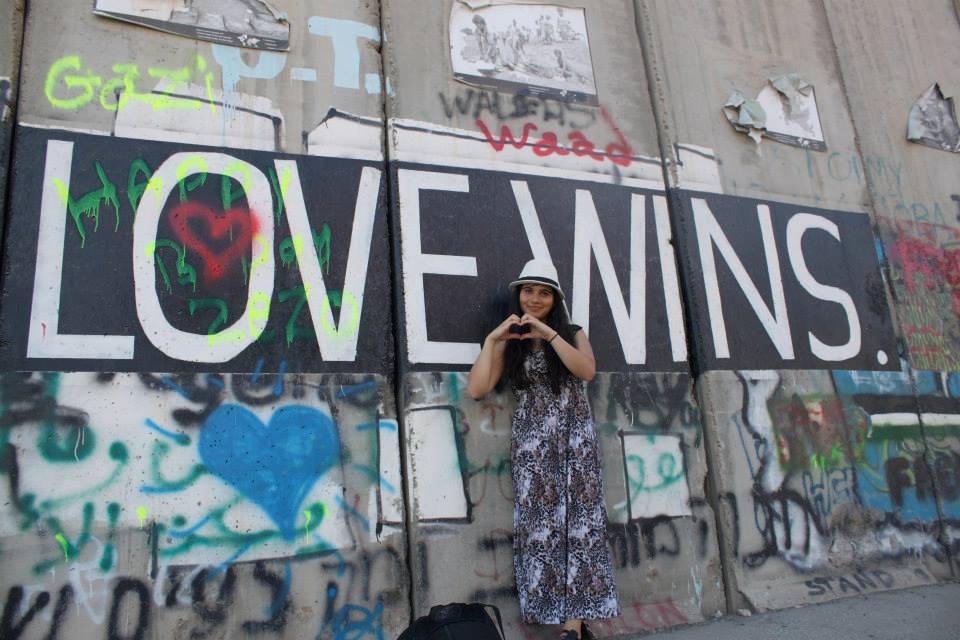 I felt redundant being back in the Western world six weeks later. I felt incomplete, as cliché as that may sound. As if there was a missing void in me, there’s just something about this region that instantly consumes you. Whether it’s the serenity, or the culture, or the dancing, or the music and smell of falafel on the streets. Maybe it was the Ramadan ambiance I never got to witness in an Islamic country that mesmerized me. Or simply the abundance of fig trees and olive trees in my surroundings.  Perhaps it was the smiles and resilience seen in such young children that was most captivating for me. I don’t have the words…to be in such an unfamiliar setting but feel so comfortable and at home, a place so far away from home? Unreal.

I returned to NY feeling like the pace of my life shifted so fast that I wasn’t really living again. The lifestyle in the Middle East is one that reminds you that it’s okay to be unproductive and just chill. Reminds you of the important things in life. What to be grateful for. What to appreciate. What is worthy of stressing over. Ironically enough, I felt as though I was living this tranquil Zen life being there…an uncommon feeling for us in the “First World”. Despite the conflict and suffering going on there, there was a sense of peace, calm, and welcoming that I can’t even begin to describe. 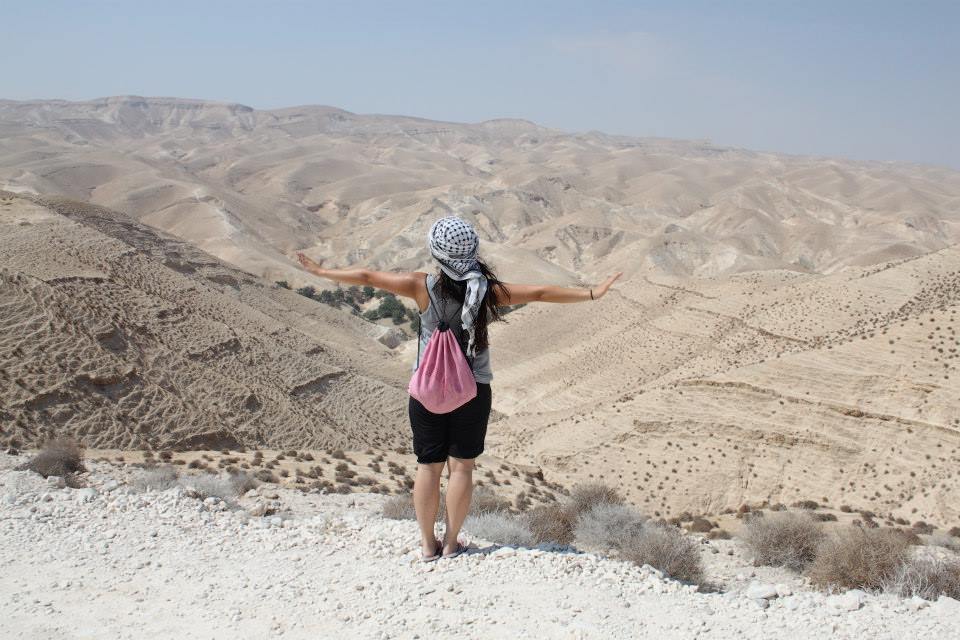 What experiences did you bring home with you?

I came home with a very low tolerance to hear anyone complain about first world problems. I made it my duty to educate all my friends and family and peers on the conflict and our experiences there, and encourage everyone to learn as much as they can.  Assess things critically and ask questions, I tell them. I am living vicariously through the people we met in Palestine and have become so passionate about going back that I’ve taken up learning Arabic and overloading in school to make it happen. There are certain things in life that you can’t unsee, and once it triggers that emotion, there’s no turning it off.

What’s your plan for the future? Did it change after your trip?

I thought I would end up working in the U.S or Canada after graduation, but I find myself desperate to go back to the Middle East to find ways to get involved in a more long term and meaningful way. I have yet to unleash the details of this path, but it will happen someday. Whether I go back to counsel refugees or work for/start an NGO, this is the direction I see for my future. Of course, there are things to consider (like paying off student loans, doing my Masters, etc.) which may delay things. But in the long run that is my goal. Dream big, live simple.

You can read more about Farzona’s program on her blog at www.thehumanstories.blogspot.com.

Want to hear how we broke the Early Bird news to Farzona last year? Just listen to this amazing audio clip of the best phone call ever!

There’s still time to apply for this year’s Early Bird deadline! Send in your application by December 19 and you could win a free trip with us next summer. Check out our map of where we go here.