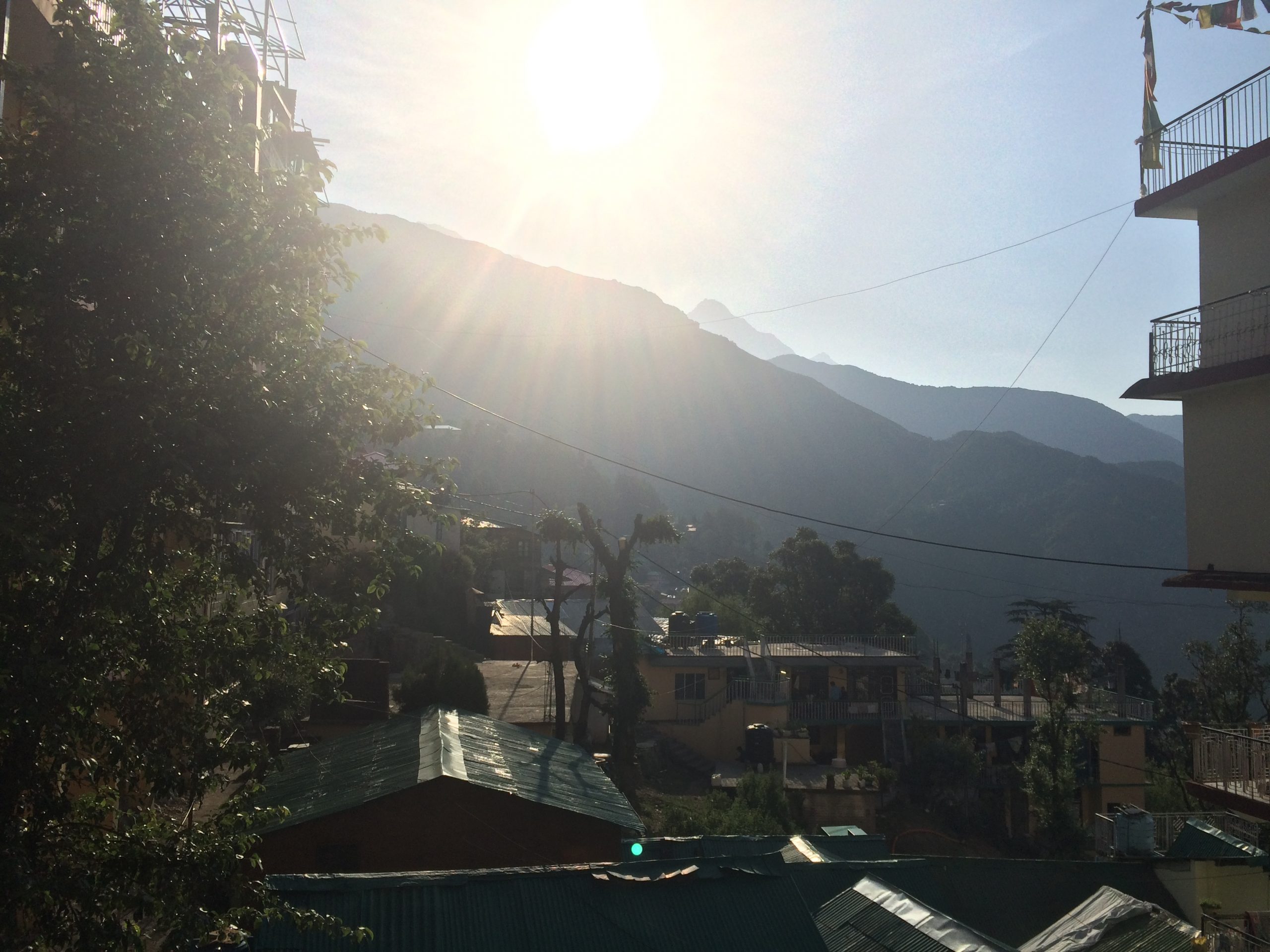 Posted at 20:39h in South Asia by Operation Groundswell

As you begin reading this, take a moment – pick up a map of the world – find Tibet.

Chances are, you will not be able to find it. In fact, a week ago, I wouldn’t have been able to tell you where Tibet was either.

In 1949, China occupied the country of Tibet, a country whose independence has been a topic of great debate for several decades. Some argue that Tibet was never an independent nation, but the town of Dharamsala, a Tibetan refugee town in the foothills of the Himalayas in India, has a great deal of evidence to support centuries of Tibetan sovereignty.

Now, take a moment to search the following key words in a search engine: Map of Tibet.

It’s amazing isn’t it? Tibet is about 23% of China’s landmass. This enormous country is a vast plateau surrounded by towering mountains, is the source of every major river from India and Pakistan to Cambodia and Vietnam, and is currently occupied, censored, and exploited by China.

In the last 50-60 years, India has supported Tibetans in creating their own functioning democracy; in establishing schools, monasteries, and nunneries; and in preserving the arts through Norbulingka and the Tibetan Institute of Performing Arts.

Over the past week, I’ve had the honour and privilege of meeting the Prime Minister and Secretary of the Tibetan Parliament-in-exile, the President of the Tibetan Women’s Association, the Director of Students for a Free Tibet, Poet and Activist Tenzin Tsundue, a journalist and president of an organization for Tibetan journalism, and a head researcher for Free Tibet.

Tibetan culture, I have learned, rests on pillars of compassion, unity, and freedom. I am amazed at the collaborative work done by NGOs and governmental departments in an effort to bring cultural, religious, and linguistic freedom to Tibetans both within the occupied and heavily restricted nation, and in exile. 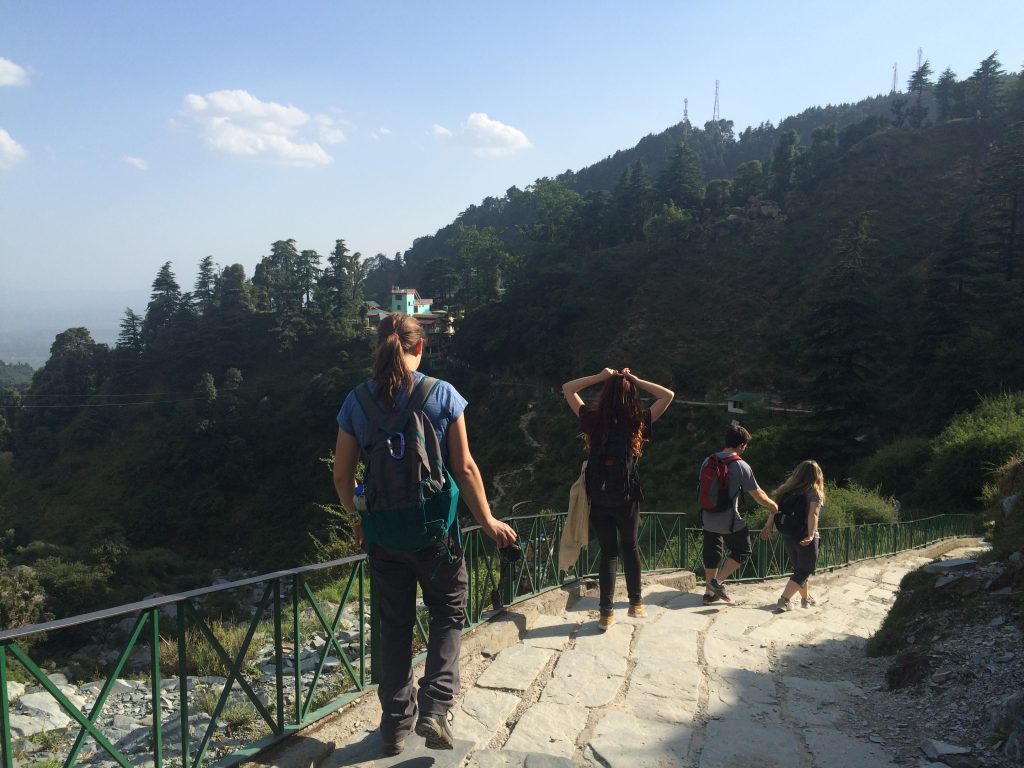 The hills of Dharamsala are beautiful. At the inauguration of the Prime Minister, I noticed (as the Dalai Lama spoke in Tibetan and my mind began to wander) that from my point of view, the tall white tent tops of the monastery fit beautifully with the backdrop – a view of clear skies,  and of soft, green, rolling hills with rocky, snow-topped peaks right behind. The Prime Minister’s inauguration speech created a similar image. He began by asking forgiveness to the Dalai Lama for conflicts during election season and promising to focus on the importance of unity in the next elections, and then turned to a sharp rebuke of China for planting seeds of doubt regarding the non-violence of the Tibetan community.

What I have found most amazing about this region of India is the intermingling of different foods, cultures, languages, and ethnic groups. Take a stroll down a heavily crowded roadway, and as you hug the edge of the road, avoiding the run-off water stream and honking vehicles, take a look around you. You’ll find monks and nuns in their red robes, dark-skinned Indian women dressed in all kinds of vibrant colours, Indian and Tibetan men dressed in jeans and button-ups or t-shirts, old women sitting and selling malas, old men in small huts frying momos, and you, the Westerner, walking down this road experiencing the smells, the sounds, and the streets.

I expected that sitting in a room with the Harvard Law Grad, Tibetan Prime Minister-in-exile would be the highlight of this trip. I was wrong. I then thought watching this same man be inaugurated and seeing the Dalai Lama in person would be the highlight of my trip, but again, I was wrong. The most life-giving, enlightening experience was sitting in the bedroom of Tenzin Tsundue, discussing consumerism, activism, and poetry. Our discussions led us to reflect on the idealist nature of poets and realist nature of activists. Introspection led us to consider how both can exist in the same body. We discussed the connection between the iPhone and self-immolation. We discussed how the consumption of the West is intimately connected with the freedom of Tibet. With eloquence and passion, he spoke to the difficulties of the Tibetan freedom struggle, the role of Tibetan youth, and the role of us, the Western visitors, as allies to the movement. Mesmerized by how easily he found the most powerful words to move the audience, I asked, “So, Tenzin, who is present in this room with us right now – the Poet or the Activist?”

To which he replied, “Both.”

Of course, he didn’t stop there, and a long-winded, entrancing explanation followed. 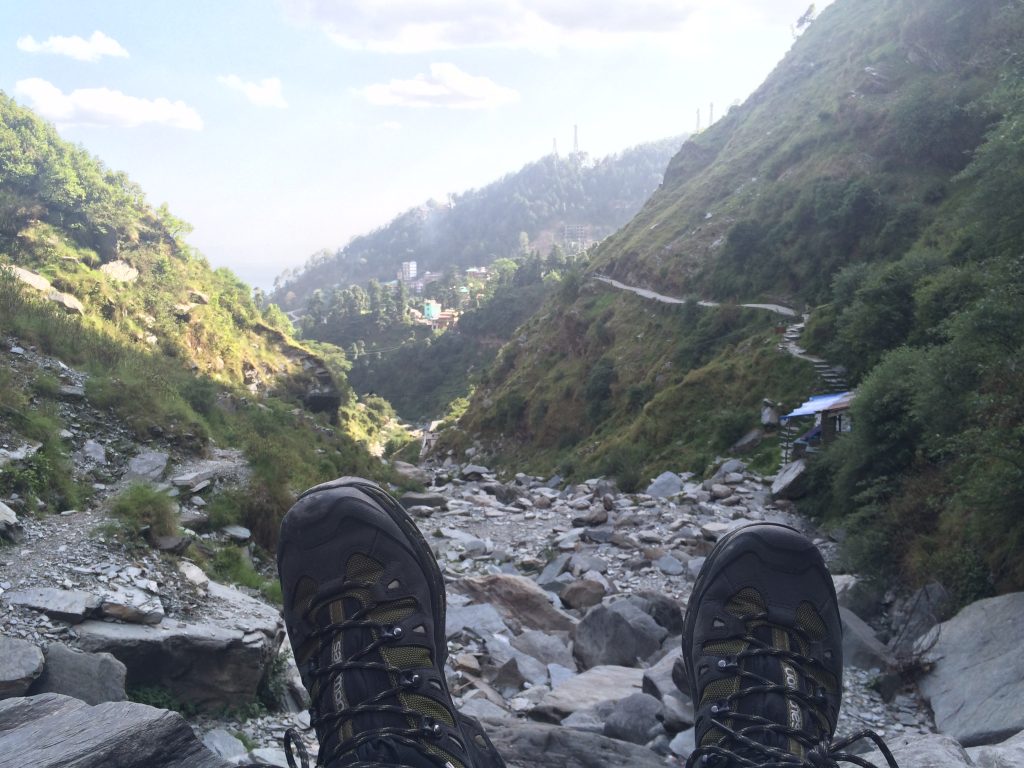 Dharamsala is beautiful. Tibetan people are beautiful in spirit, in culture, and in passion. I would even dare to say that Tibet, the country I’ve never visited and hundreds of thousands of refugees may never return to, is beautiful. This experience – in its difficulties and challenges, and in its moments of passion and serenity – has been beautiful.

And as I continue this adventure through the hills of the Indian Himalayas, hopefully creating a groundswell of compassion with each footstep, I aim to remember an excerpt from Tenzin’s poem Horizon:

Pick the white pebbles
and the funny strange leaves.
Mark the curves
and cliffs around
for you may need
to come home again.