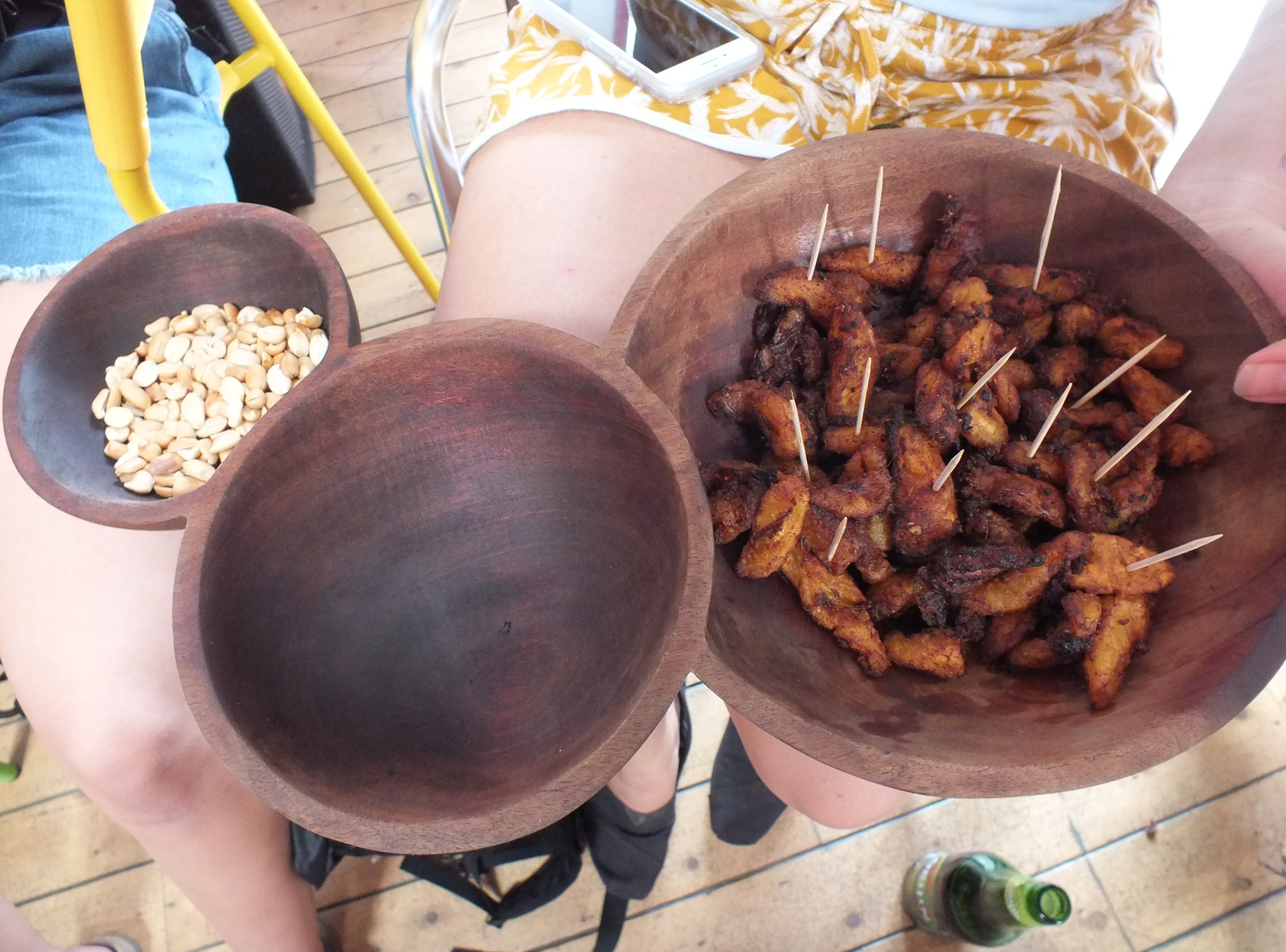 Posted at 19:20h in West Africa by Anna Cunningham

Food is a huge contributor to the wonderful cultures in both Ghana and Togo. It is rare to see a local with leftovers at the end of a meal. In certain circumstances it may even be considered rude to leave a significant amount of uneaten food on your plate, so naturally, our team has been eating very well to say the least.

Some signature dishes of Ghana are egg bread, indomie, waakye, fufu, banku, and red red. Egg bread is simply one or two eggs fried in the middle of a thick slice of white or brown bread, not unlike a classic breakfast sandwich in the United States or Canada. Locals usually eat it in the evening, but we had it several mornings in Ghana.

Indomie can be found being made in small, makeshift cooking stalls on the side of main roads. It is the Ghanaian take on ramen noodles, made with added spices, egg, veggies, and sometimes meat.

Waakye is a bean, rice, and spaghetti mixture, seasoned with gari and shito. It was our first Ghanaian meal of the trip! 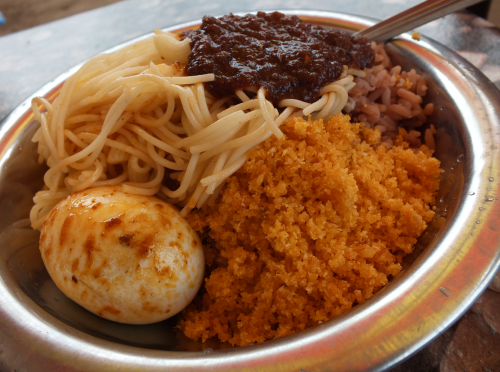 Fufu and banku are both balls of starch meant to be eaten with your hands and dipped in various types of soup. Fufu is made from yams, and we learned how to prepare it in Togo. The yams are skinned, cut, and boiled before being pounded with long sticks by two or more people for several minutes until fufu is formed. We ate this fufu with delicious groundnut soup, another staple of both Ghana and Togo. Banku is similar to fufu, although it is made from corn and cassava. Some we have tried taste strongly like sourdough, and others not so much. 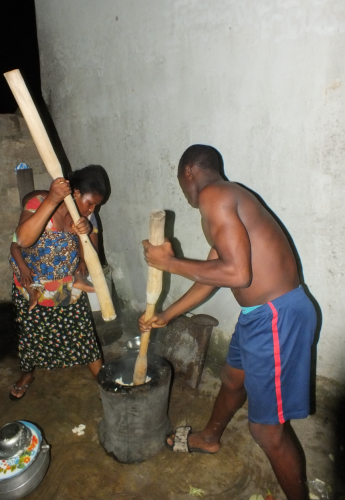 Togo has many of the staples of Ghana with a small twist (such as fufu and banku). However, there is a strong French influence here, so other foods like baguettes, avocado bread, spaghetti, crepes, and cous cous are also widely available. Our team has enjoyed this small taste of home after a week or so of more unfamiliar foods. Sandwiches, fresh juices, and palm wine are some of our favorites. Oatmeal and omelettes are a staple for breakfast, and we enjoy spaghetti with meat at dinner.

The food of West Africa has certainly been a treat, and the locals serve it with much pride and love. They are happy to feed us “obronis” or “yovos”, and they always make sure we are beyond comfortable. Having experienced all of these dishes in just the first week and a half of our trip, we’re excited to taste what’s to come!