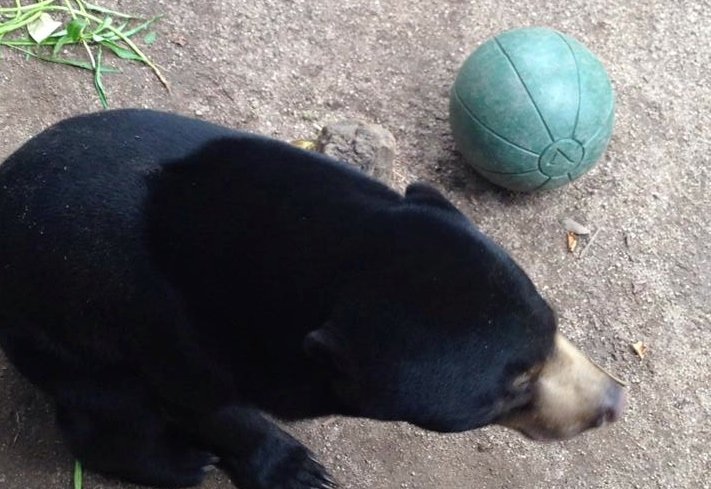 05 Sep Free the Bears: Getting to Know Cambodia’s Wildlife

Posted at 14:09h in Southeast Asia by Operation Groundswell 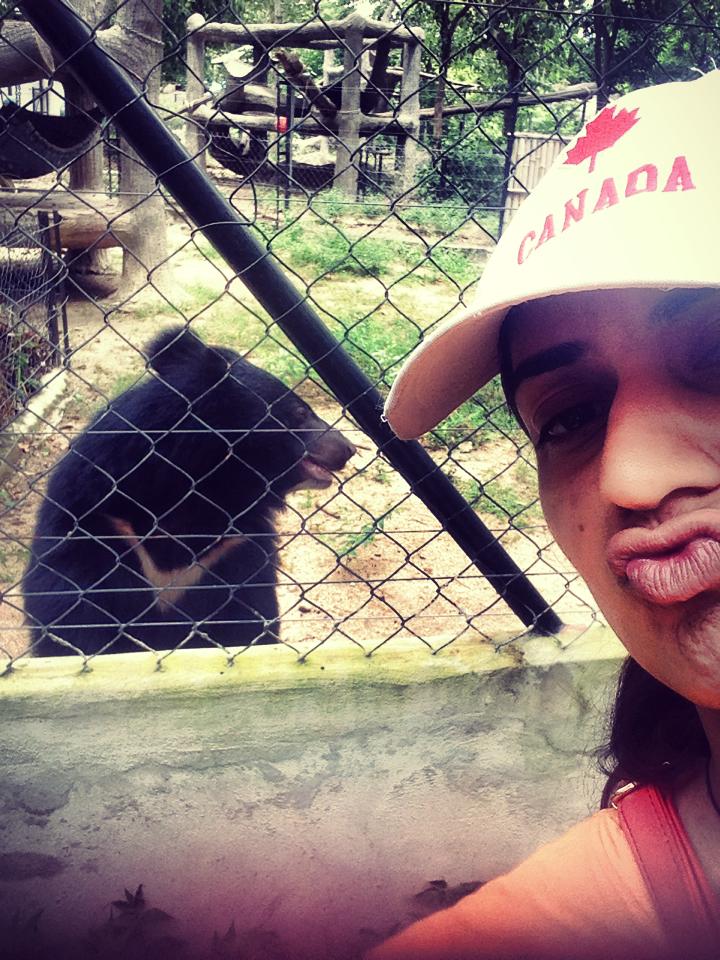 Our OG crew was lucky enough to visit the local Cambodian NGO Free the Bears. During our visit in Phnom Penh, we boarded our pick-up vehicle and travelled an hour towards the Phnom Tamao Wildlife Sanctuary, a reserve housing an array of endangered species as well as the Free the Bears headquarters.

We learned about the two major bears inhabiting Cambodia whose lives are being threatened. The Moon Bears and Sun Bears are endangered due to excess hunting, illegal trade, deforestation, and human consumption. The organization works to save these bears before being traded or eaten – in some cases rescuing them with wounds or even limbs missing.

We had the opportunity to visit the bears, learn their backstories, and ensure their nutrition by filling large balls with mixed fruits and veggies. The balls allowed them to work for their food, as the food could only be retrieved through a small hole. Why did they need to work for their meals? It’s the reserve’s way of making the bears feel as though they were in the wild, instead of giving them the sense of domestication. In this same vein, we hid food in their enclosures (while they were away!) so that the bears could practice foraging. Most group members found this to be the best part of our day. If the bears could speak, I’d say that they would agree – The moment they were released into the enclosures to find the food, they didn’t hesitate at all!  They ran in, looking under, and climbing over everything!

The experience gave the group insight on a topic which we were previously unaware of. I can personally say that I’ve never heard of Bear Paw Soup and didn’t realize the ways in which these bears were mutilated in order to follow ancient Southeast Asian traditions.

All in all, we had a beary good time and I couldn’t bear to leave!