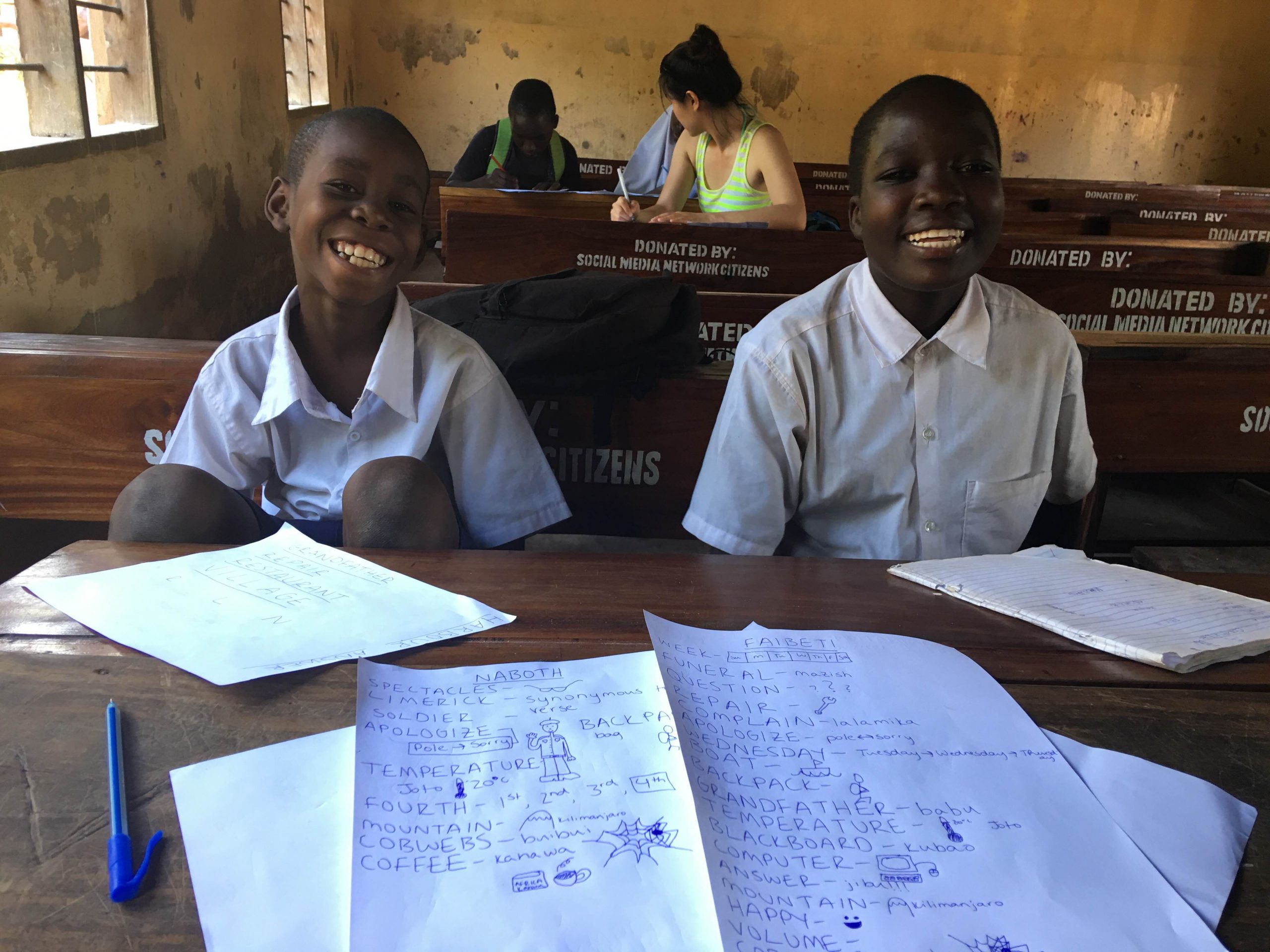 02 Jun From Chicago to Shule

Posted at 18:10h in East Africa by Operation Groundswell

I wasn’t sure what to expect as I embarked to Tanzania with Operation Groundswell. Approaching the trip, my knowledge was limited. I knew that it would be winter in Africa. I knew that there were giraffes and elephants and lions to encounter. I knew that I would be living in close proximity with a group of 15 strangers strung together from the prairies of Canada to the Deep South of the United States. But I couldn’t know what these people and this place would have in store for me in as little as the first eight days.

This week focused greatly on Mjinwena Primary School. With the help of a local NGO by the name of Kipepeo (the Swahili word for “butterfly”), we were informed of the needs of the school. Mjinwena Primary began undertaking a beautification project last school year with the intent to keep attention trained forward on the blackboards instead of upward on the rusting tin roofs. This is evident in everything they do, as they take daily care of various flowerbeds and as the children turn up on their Saturdays off to clean their humble campus. As a socialist society, the school is publicly funded by the Tanzanian government totalling roughly $130 USD per school year. Any additional funding is donated and/or reliant on volunteer work. Our assignment was to paint a set of four classrooms’ interiors and exteriors – we would spend roughly four hours a morning doing so, followed by lunch, and then three hours of preparation for a spelling bee. 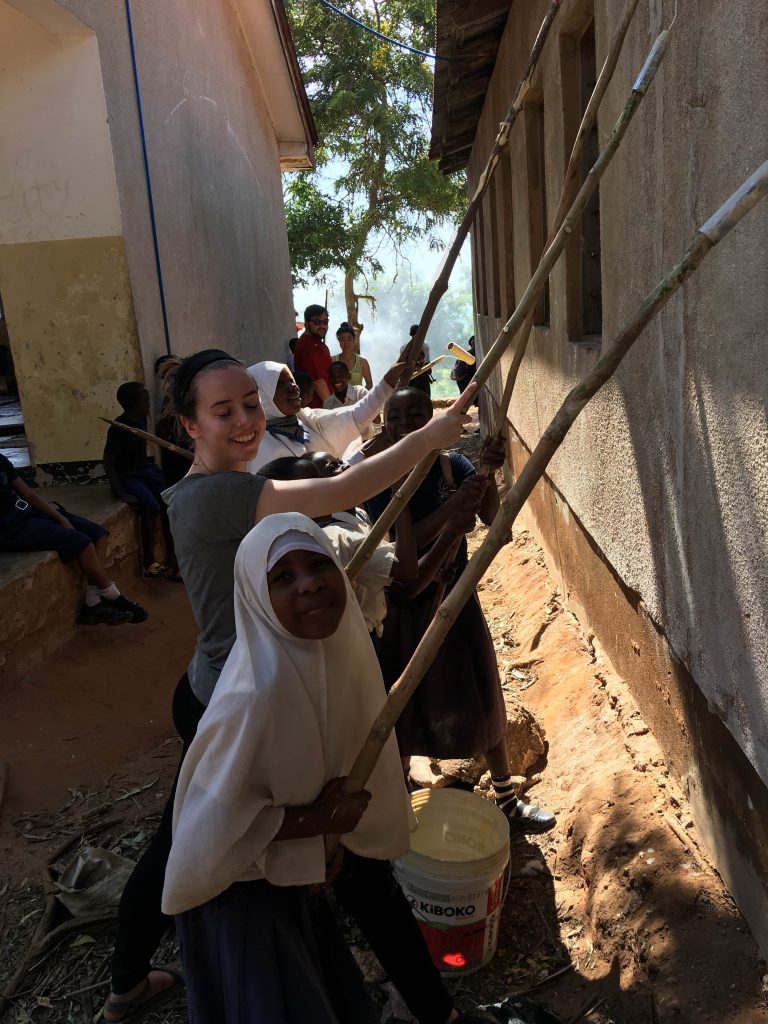 The educators at Mjinwena came up with the idea to hold a spelling bee in English, the children’s second language, to promote the independent study of the language in preparation for the English exam schoolchildren must pass to attend secondary school in Tanzania. Without passing this exam, many do not have the opportunity to further their education.

With these foundations in mind, each OG member was assigned two children. I had the good fortune of being assigned a nine-year-old grade five girl and a ten-year-old grade five boy. Their names are Faibeti and Naboth, respectively, and they taught me far more than I ever could have taught them equipped with my meagre flash cards. 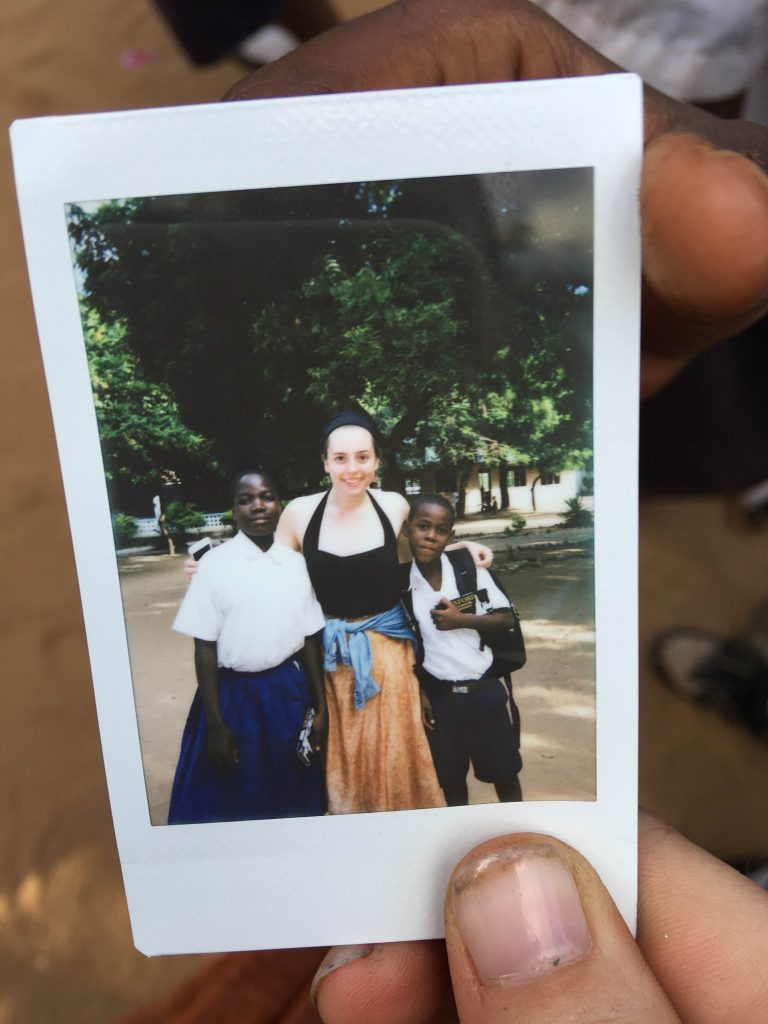 From them, I learned progress. Mutual respect is mandatory for creating fulfilling and sustainable interaction. A foundation based on trust stems from necessity and willingness to accept from one party, and desire to accommodate and respect this need for the other. It’s impossible to progress as an international accompaniment if one group imposes values onto the other. For example, it’s one thing to show up at a Tanzanian primary school when the call for newly painted classrooms comes through. It’s an entirely different notion to show up at such an institution and impose the “help” one culture may assume the other requires.

From them, I learned gratitude – for both the things we have and the things that we are given, namely the opportunities presented to us to learn and grow. There is something to be said about the students that our group encountered. Some children brought English to Swahili dictionaries to aid not only their spelling, but to additionally understand the deeper meanings of the words they were presented with. Some children came to the session and brought the notes and spelling sheets that they and their parents had clearly gone over. But they all brought their eagerness to session every day. When offered breaks, Naboth and Faibeti refused. They wanted non-stop immersion and preparation for those three days. They saw education as a gift and relished in the ability to learn, an inspiration in its own right.

From them, I learned confidence and A-M-B-I-T-I-O-N. I saw two children develop a basic understanding of the English language and go from knowing 20 or so words on their sheet to being able to run down the entire list of 75 with mastery and precision. They gave me the real life examples of what I was teaching them, be it “ambition”, “lessons”, or “hopeful”. I saw the empowerment they had and the desire to never stop learning, and during the competition I watched this develop into a never-nervous perseverance.

From there, this confidence transcended into pride. Pride in transforming doing into done; pride in transforming creating into created. Naboth, having studied every night at home for about two hours of his own time in addition to the three he would stay with Faibeti and I after his classes were over, WON the entire spelling bee competition. I have never been more proud than I was as Faibeti did her absolute best and as Naboth out-spelled 30 other children ranging from age 9-14. Faibeti may not have been as easily accredited with “success” as Naboth was, but before we parted ways, she moved me to tears as she swore upon her determination to continue with her studies as vigorously as she had the past few days. 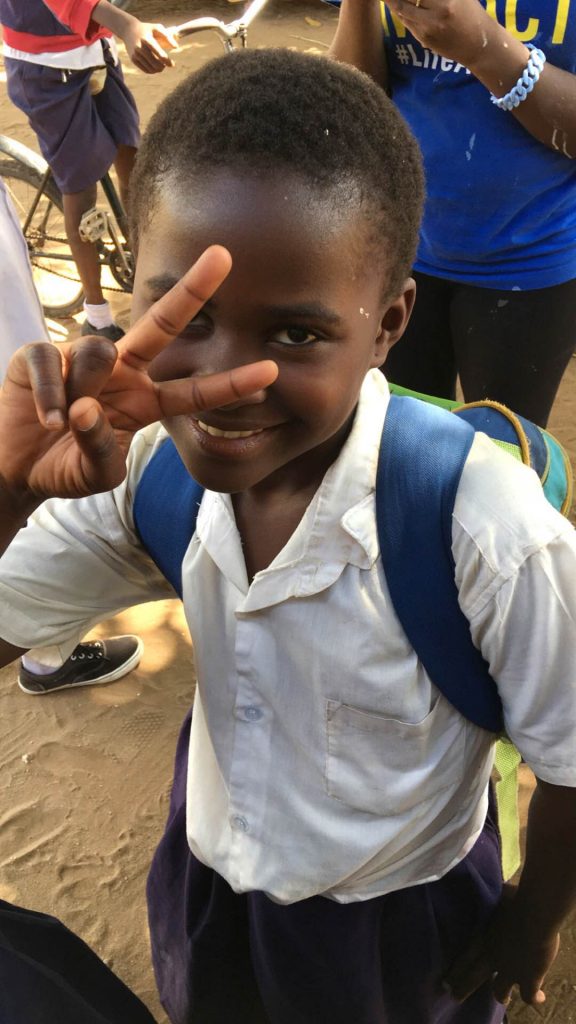 It was my intention to go in and inspire these kids to want to further their studying of English in a way that was both fun and captivating. That maybe spelling one more word right would become a gateway to working hard and furthering their education. What I walked away with was the desire to do more and to do better; to relish in the connections I am fortunate enough to have globally and on a local scale, to approach the schooling I have at home with renewed fervour, to appreciate all of those who have extended their knowledge and experience to bolster my own, and hopefully to continue my new-found pursuit of cultural literacy.