Posted at 10:23h in Central America by Operation Groundswell

On Monday, July 27th,  Ontario Superior Court Justice, Carole Brown, ruled that HudBay Minerals Inc. could be held liable for alleged violence at a Guatemalan mine owned by its former subsidiary CGN. The precedent-setting decision means that the claims of 13 Guatemalans from the Izabal region can proceed to trial and may open the door for other cases of corporate malfeasance overseas to be brought home in Canadian Courts.

This is an incredible victory for Angelica Choc, who for four years has sought justice and some semblance of retribution for the murder of her husband and prominent community leader, Adolfo Ich. For Albira, Margarita and the other 9 women of Lote Ocho who allege that HudBay’s security forces violently and sexually assaulted them during a forced eviction in 2007, a trial will provide a rare chance to have their claims legally and publicly recognized. For German, a young father who, while attending a soccer match was allegedly shot and paralyzed by uniformed HudBay security personnel, a trial is one step closer to receiving some compensation for the extensive injuries incurred in the name of “development”. But perhaps most importantly, this trial will put human names and faces to the too often unseen victims of Canadian corporate misconduct and inequitable relations. 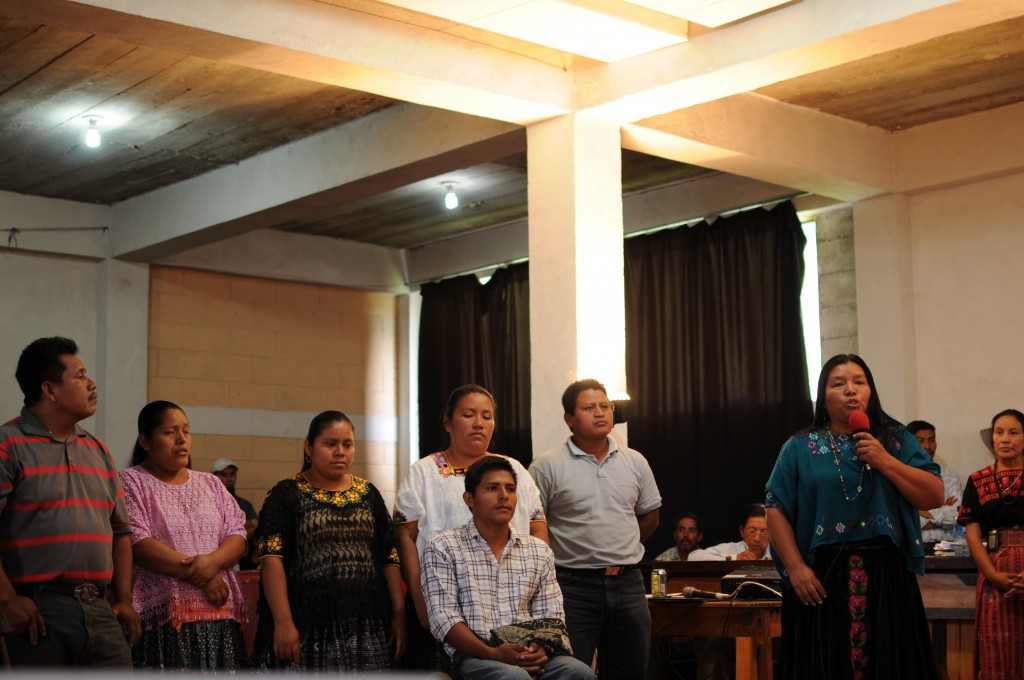 I have had the privilege of working with Angelica, Albira, Margarita, and German for some 3 years now, and they continue to inform and inspire my work with mining affected communities in Central America and West Africa, as well as Operation Groundswell (OG). Their struggles are representative of so many others dispossessed in their own territories so that capital might be accumulated elsewhere. And the conviction, commitment and collaborative spirit with which they continue the fight for justice is a model for me, OG and the world over.

Our group of volunteers on the ground right now will join the plaintiffs and local press, as well as government and non-government personnel for official reactions to the Ontario Superior Courts Decision at a press conference slated for this Sunday morning at 8:30am local time. As some of the only foreign correspondents on the ground, Operation Groundswell participants will be documenting the proceedings with audio and video with hopes of bringing Canadian and American attention to this potentially precedent-setting case and to the stories that lie at its heart. Some footage may be submitted to press outlets in North America but most will be synthesized for publication by participants using social media and other outlets. This is our commitment to the storytellers.

This victory, however small, is a rallying cry for others to continue striving towards positive change. Adelante!