15 Jun For OG Haiti, the Work is Done, Let the Travels Begin!

Posted at 12:33h in Haiti by Operation Groundswell

They say that the only difference between try and triumph is a little umph. In that case, Team Haiti Grassroots Engineering has plenty of umph!

After spending a challenging 4 weeks working to make the world’s first shredded styrofoam Ubuntu Blox factory, OG Haiti: Grassroots Engineering has completed its group volunteer portion and is now ready to adventure around the country. 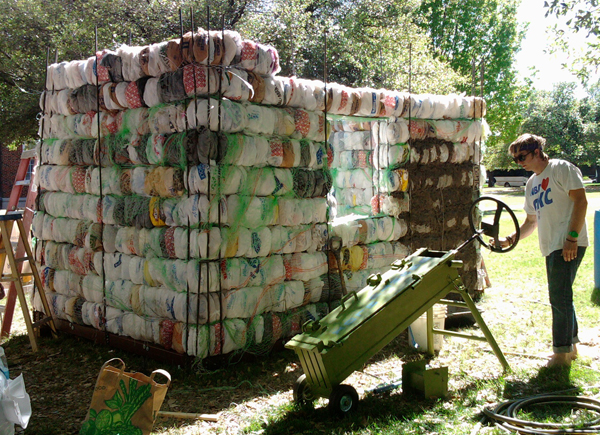 Styrofoam for the Ubuntu Blox in Haiti. Photo taken from the Huffington Post.

While the factory isn’t fully finished (a few things remain, like putting up part of the roof, welding the railings among some other things), I have to say that I’ve been incredibly impressed with the work done by our team. Bringing in a group of engineers has been a real blessing and far better than we could have predicted. Our participants have essentially taken the concept of a production facility for Ubuntu Blox and made it into something real. For them, the excitement came in creating wash basins, better shredding machines, fill stations and 4 all-new compression machines. All in all, an impressive job! Tonight 20 women from Cité Soleil are having a big sleepover and work day tomorrow to finish the Ubuntu house and have a look at what we’ve accomplished. Needless to say, they’re incredibly excited.

But now that’s the work’s done, its time to have some fun! So where will everyone be going? Team Bryan and Ryan will be heading up to Cap Haitien, visiting the Citadelle (the largest fort in the Americas) and then trekking back south via mountain paths. Team Courtney and Aileen will also be heading north to Cap Haitien, but will take buses down south to enjoy some beaches as well. Team Jess, Olivia and James will be heading southwest to Cayes, Ile a Vache, exploring some caves and tons of beaches. And then there’s Emilie. She’s got some crazy ideas that involve going to Ile de la Gonave, off Haiti’s western coast. Heading out with Willio, one of HC’s coolest Haitian partners, they should have lots of adventures. Stay tuned.

So that’s it for us now. Every group now has cell phones so can be reached at any time. But if you can’t reach them, don’t worry. They’re probably just having too much fun!