Posted at 12:32h in East Africa by Operation Groundswell

They say that home is where the heart is. In that case our home in Kisumu had 2 hearts and their names were Eddie and Mary. Mary is just about the sweetest woman you ever met. She ran the guesthouse from her post at a little desk conveniently located near the TV, which played 24/7 soap operas and occasional news. Mary kept us warm by throwing blankets over our knees on chilly nights. And she kept us cool with cola from the icy fridge on hazy afternoons. She was always around for a hug and a giggle. Eddie was the master of chill. He sauntered around the house lazily fixing up a leaky faucet or reorganizing a room for new guests. If Eddie had a spirit animal, I think it would be a Panda Bear. This unlikely duo made Joy Guesthouse on Dunga Beach much more than just a place we stayed for 2 weeks, they made it a home!

Dunga Beach is a bit off the city beat. It’s only 3 miles out of town but the pocked dirt road means that no matatus ever go that way. We took motorcycles 2×2 when we wanted to head into town. We had 3 very different partnerships in Kisumu. The first organization we met with was Lake Victoria Youth Initiative. After an introductory meeting that had youth from both organizations debating our role in government across the continents, we were invited to a conference to learn about how youth in Nyanza province can make the most of devolution as the new constitution is being enacted. The conference was impeccably organized and informative. We learned alongside community workers from across the county on how they could use the new laws to develop projects in their communities. We met with Lake Victoria Youth Initiative 2 more times over our stay in Kisumu. Once was for a lively chat comparing notes on the life of young political activists in North America and in Kenya, and once to shake some booty with a few of the staff members in a raucous night on the town.

Ecofinder is a new partner for OG. Over the course of a week, our OG crew and the volunteers and staff at Ecofinder came together to collect trash and stuff bottles to make Portable Landfill Devices (PLDs). The idea is that instead of piling up trash and watching it pollute the lake, or burning it and inhaling fumes, we can reuse these plastics as durable building materials. Check out more details on this process here. We built an earthbench as a prototype for the village. The bench was a great success. Tons of people came out for the trash collection days and helped us fill bag after bag with plastics and bottles. People in town were excited about a constructive way to reuse trash! 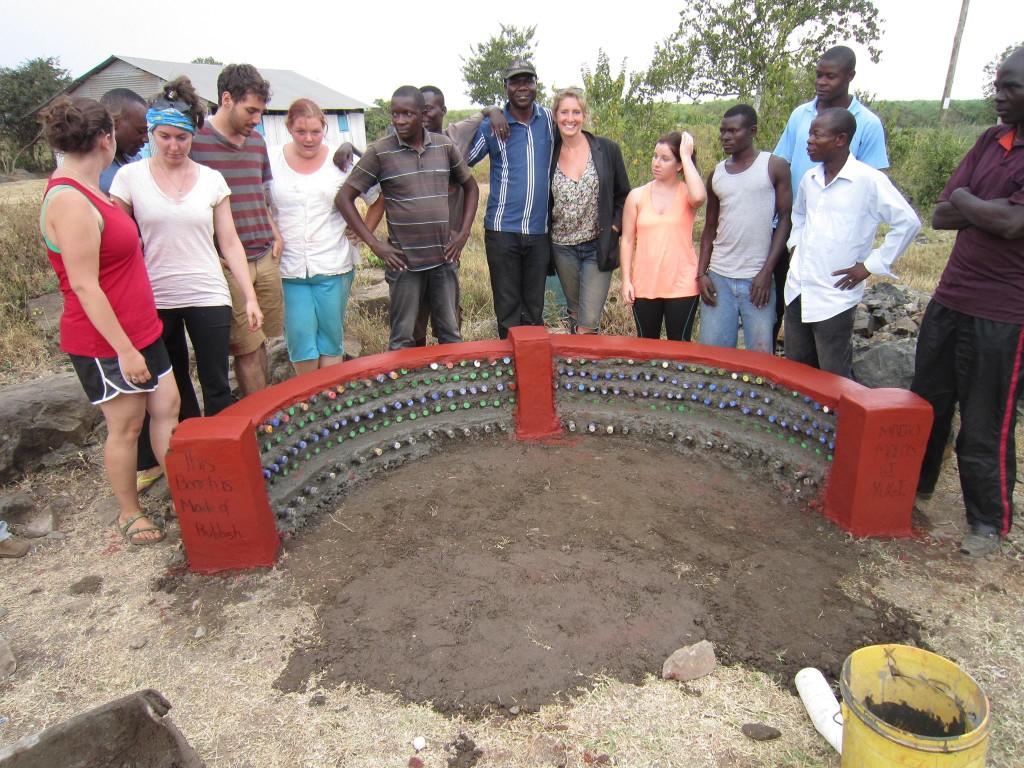 Young County Change Makers is one of OG East Africa’s oldest partners. Though we first met the team under the auspices of a different NGO, we are so excited to see them strike out as their own community-based organization. Our main project in Kisumu saw us in Nyalenda, a large informal settlement in Kisumu where YCCM is based. After 2 weeks of hard work and great connections, our team wanted to show our appreciation for our new pals at YCCM. We invited them to a romantic evening at hippo point to watch the sunset followed by fish tacos at our place. The night was perfect. We laughed and debated and said goodbye late into the night. As Briana says “I was looking for a place in East Africa to fall in love” and that is exactly what we found in Nyalenda with YCCM. 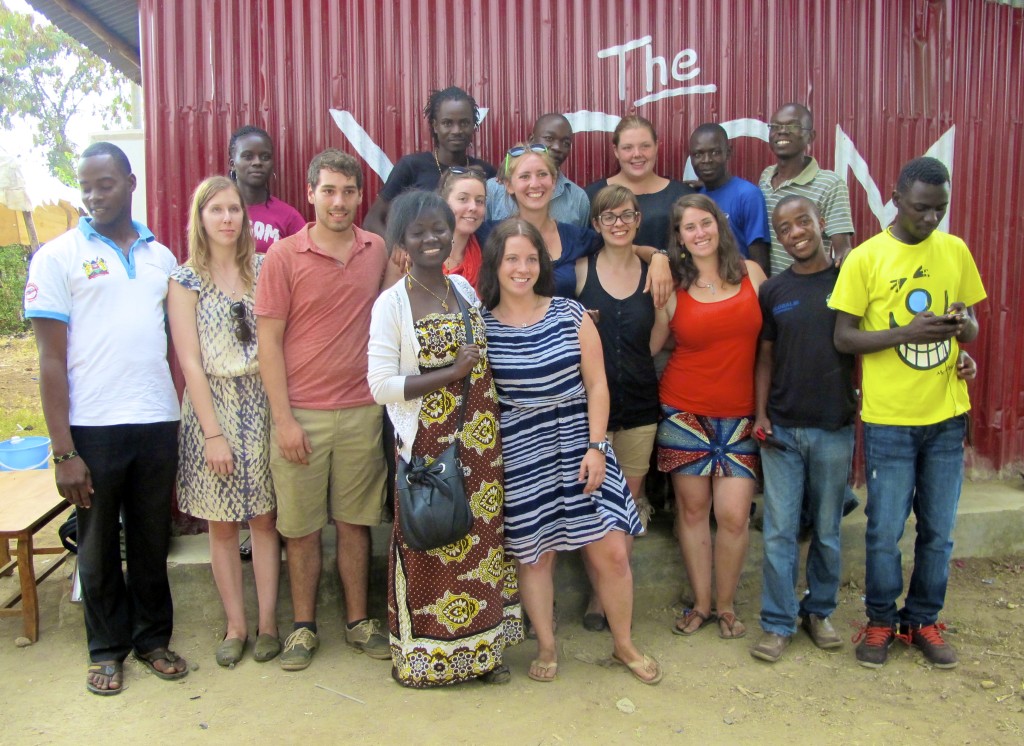 With our new found family at YCCM!

Traveling does funny things with time, and connections on the road are always more intense. Our time in Western Kenya was no exception. When we left Kisumu, the team was sad to leave ‘home’.