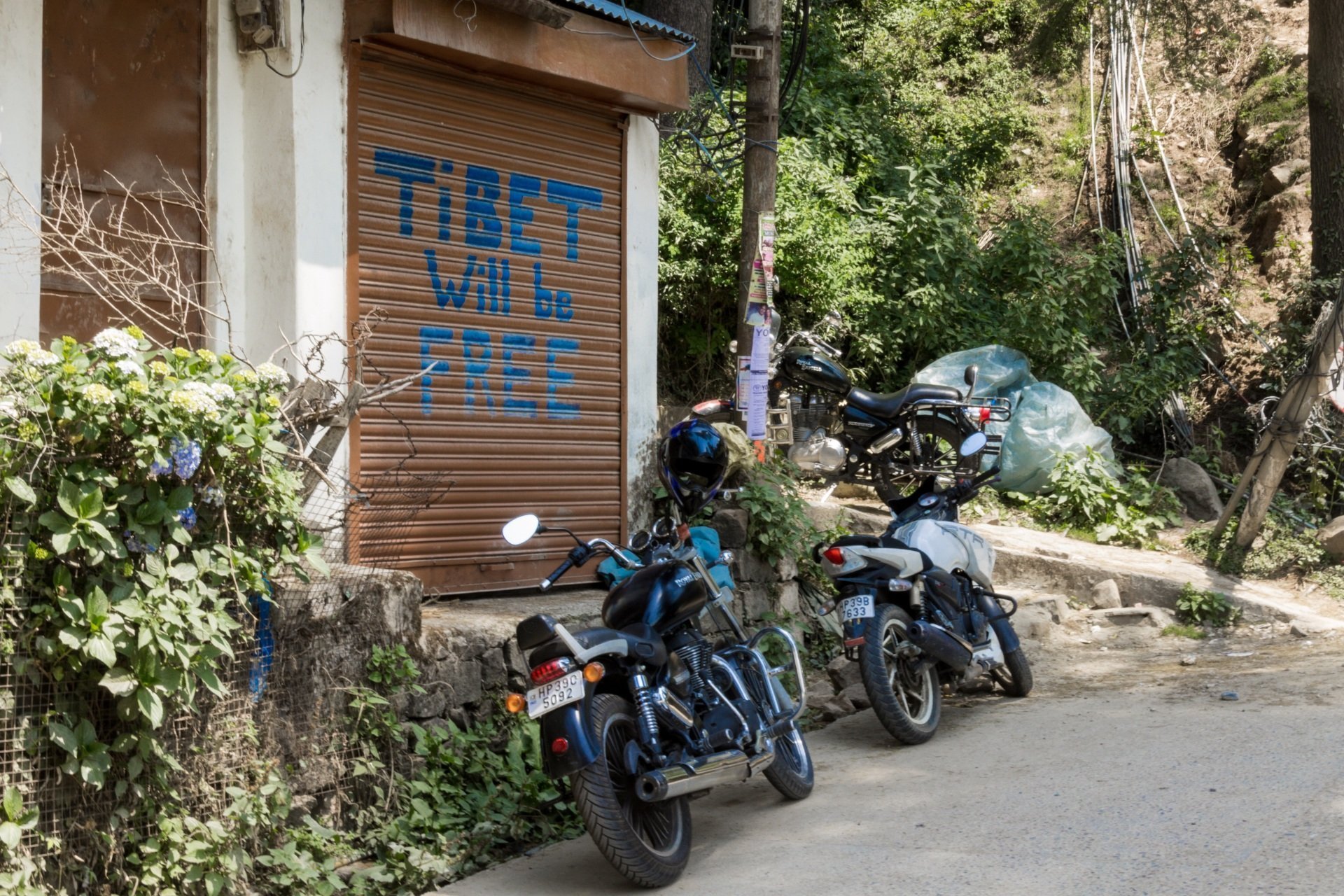 Posted at 20:56h in South Asia by Anna Cunningham

When I think about the founders of the United States and what they had to endure, the monumental tasks they faced to both secure independence and build a government, I’m awed at their patient persistence.

For many, the fight for freedom from the United Kingdom lasted well over twenty years. From the end of the French and Indian War until Washington was inaugurated in March of 1789, the American greats had been working towards the ideal or perfect union for twenty-six years. That kind of discipline and resolution is hard to fathom, and even harder to match.

But as much as I love Jefferson, Adams, Franklin, Madison, and Washington, they’ve met their match. 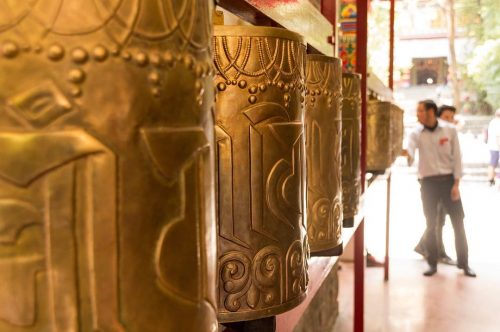 The Dalai Lama was officially seated as the ruler of Tibet in 1950 amid growing concern that the Communist government in China would invade after having pushed Chiang Kai Shek and his government into Taiwan. At the age of fifteen, the Dalai Lama was the religious and political leader of a country of more than six million people. Due respect to Jefferson who wrote the Declaration of Independence at twenty-three, but even trying to comprehend that amount of responsibility at such a young age is astounding.

With Mao’s army at the gates of Lhasa (the Tibetan capital), His Holiness fled to India with his small entourage and CIA agents. They found a small town in the foothills of the Himalayas whose name roughly translates from Hindi to spiritual sanctuary.

Since 1959, over 6,000 Tibetan exiles have fled their homeland and settled in the town of Dharamsala with thousands more settling in the south and west of India and Nepal. It has become the headquarters for the Tibetan government in exile and the Tibetan freedom movement. 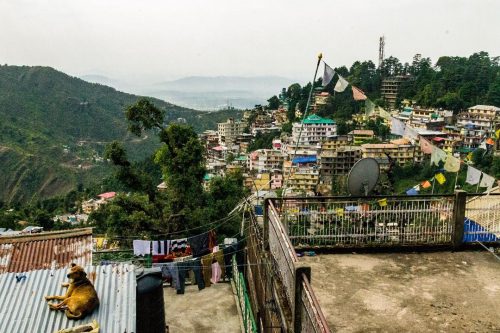 Since arriving, our group has been working with Students for a Free Tibet (SFT) to better understand the conflict and the underlying issues between native Tibetans and the Chinese government. The campaign manager, Lobsang, has been our guide as we meet with the different NGOs working towards freedom and maintaining the Tibetan culture.

Many have never seen Tibet. In fact, most Tibetans currently living in exile have never, as they say, “tasted the water” of their homeland.

I’ve been lucky enough to share a taxi with Lobsang on several occasions, just the two of us, discussing and arguing politics and the current state of affairs in both America and Tibet. It’s amazing how much you can learn from someone in a ten-minute taxi ride when said person is so passionate and knowledgeable. The history of Tibet, the Chinese government’s policies, US politics, the effect of those politics on the world; nothing was off limits or outside his realm of knowledge.

He’s one part revolutionary, one part poet, one part philosopher, and many parts passion. When he speaks of Tibet or Chinese policies, you can see his soul through his eyes, which burn with anger and compassion. Any time you see him, he’s ready with a hardy handshake and a warm embrace. You truly feel a part of the community and a part of the culture when he’s around. His easy smile and charismatic style are genuine and pure – he’s not trying to sell you something. He’s one of many genuine people I’ve met in Dharamsala.

The first day I met Lobsang, I asked a question I was hesitant to bring up, though looking back I’m not sure why. The group was listening to a panel of Tibetan NGO leaders talk about their specific groups and what their focus and foundations were. These groups included the Tibetan Youth Congress, the Tibetan Women’s Association, and a political prisoner group called GuChuSum.

I wanted to know more about how the Tibetan movement was going to persist in a world where more and more generations are removed from the original exodus in 1959. Essentially, I wanted to know whether they’d notice a decline in the movement’s strength and popularity with a rising amount of Tibetans having never seen Tibet.

And that’s exactly what happened.

Lobsang waited until each group leader responded in a deferential and politically correct tone. After a few minutes, with a completely different question being answered by everyone, Lobsang chimed in and showed the passion I would learn is a deep part of every Tibetan in exile.

“I may not have been born in Tibet, in fact most of the Tibetans living in India have never seen Tibet, but I will fight every day for the chance to taste the water of Tibet. I’ll tell every person I see, and fight to mobilize the younger generations to see the importance of what we are doing. I truly believe I will see Tibet one day but if I don’t, I will tell my kids to keep fighting and show them the importance of what we are doing.” 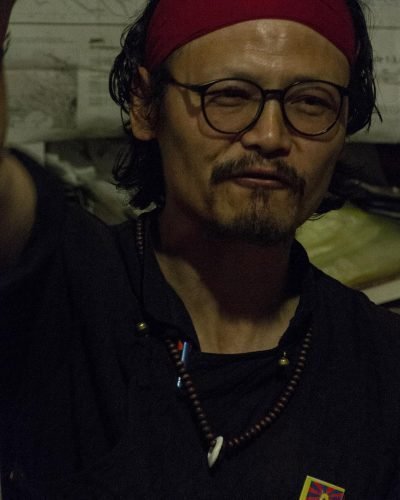 If his words weren’t enough to convince me of his belief in a free Tibet, his eyes definitely did. As he spoke, his eyes seemed to glow as if he was picturing himself in Lhasa watching the Dalai Lama climb the steps to his palace for the first time since 1959.

As we toured the different facilities and cultural centres, I could see his excitement and passion, his belief. Whether we were going to the Central Tibetan Administration or the Tibetan Children’s Village, there was Lobsang, telling us why the things we were learning were important, and how they help keep the Tibetan culture alive.

“That’s the goal of the Chinese government, they want to slowly destroy our culture. They claim Tibet has always been a part of China, and by destroying our culture, they are making their case better for the rest of the world.“

Whenever we went to a different institution or facility, I always hoped Lobsang and I would end up in the same cab. Something about the way he spoke, the resolute obstinance in his voice, moved and inspired me. On several occasions I wish I would’ve written down his words. He had a way of saying profound, simple phrases that would floor the most articulate philosopher in Ancient Greece.

“I may not have been born in Tibet, but it is my dream to die there.“

During one particular taxi ride, I remember talking about US involvement with the Tibetan issue. We discussed why the government has or hasn’t gotten involved, hasn’t put more pressure on China in regards to Tibet and Taiwan. It didn’t matter that I had a slightly different opinion or that I said I could see the complexity and nuance to the situation for the US. We argued away for five or ten minutes, neither of us raising our voices or becoming emotional, simply discussing the multitude of circumstances and different ways the US could have done better or could still do better. We disagreed. Then we talked about music for almost an hour. 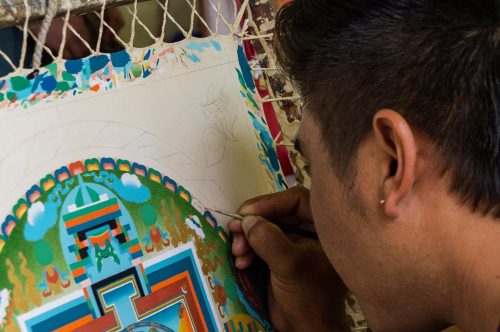 That, from my observation of many activists, is what separates Lobsang and the Tibetan movement. They don’t hold hate in their hearts toward anyone. They’re angry to be sure, but they don’t let that anger fester into hate, don’t let that anger devolve into violent action. They know that if violence becomes a part of their movement, they lose the credibility for which they’ve fought so hard and so long. They can disagree with someone and invite them over for chai ten minutes later.

In many ways, Lobsang is the perfect campaign manager for SFT, since he is able to articulate what many of the Tibetan activists believe. He is able to showcase their collective passion and how the culture of Tibet, the culture of the freedom movement, is embedded deep in their souls. He sparks the revolutionary, the rebel, in your soul.

They’ve been moving their feet towards freedom for nearly sixty years now and they will continue to move their feet until they taste the waters of their homeland.

They may not have been born there, but it is their dream to die there.

Read more from Matt’s travels on his blog!