02 Aug It’s All Happening in Haiti!

Posted at 14:23h in Haiti by Operation Groundswell

It has been far too long since our last update, so our apologies for that. We’ve been to carnivals, beaches, forests, deserts, and even the Dominican Republic? Yup. That all happened. So here’s a quick breakdown:

Working with the students of the English In Mind institute, our participants have established great connections and strong friendships during our time here so far. At the behest of the students, those friendships went beyond the classroom when we helped organize EIM’s first ever school-wide beach day. With almost 50 of us in a school bus with no seats, we arrived at the beach to a party atmosphere. We spent the day playing in the water, having impromptu breakdancing and freestyle battles and games of basketball and soccer. Not even hurricane-grade winds and rain could dampen our spirits. All in all, a great day was had by all! 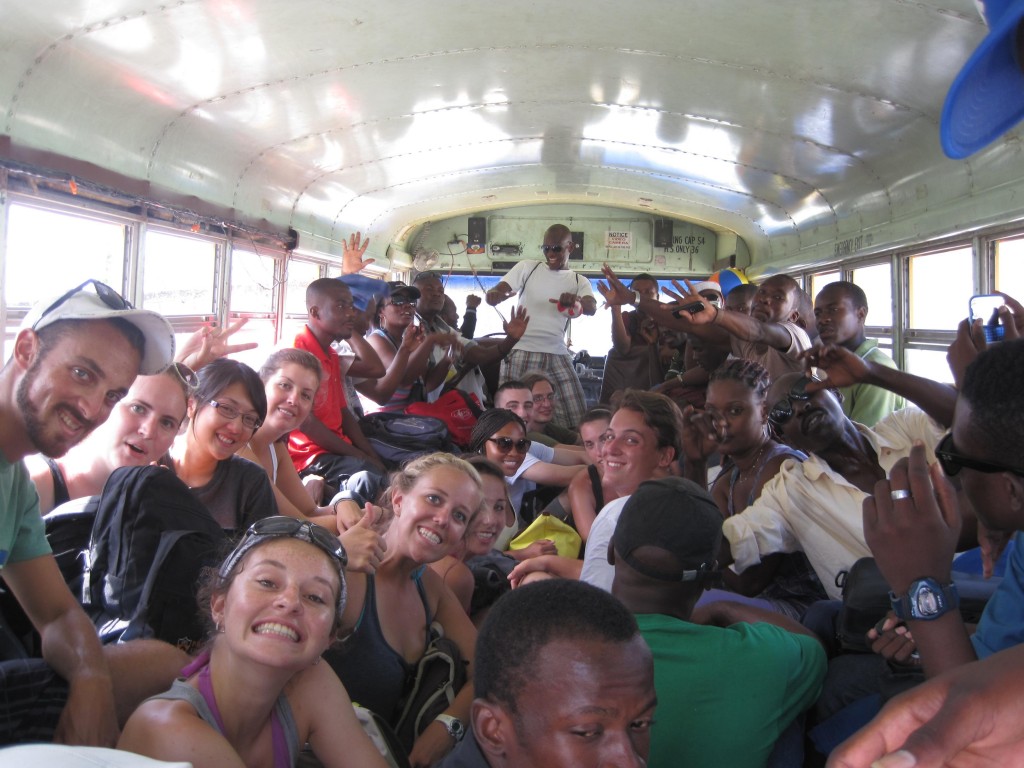 After spending two long weeks teaching in the hustle and bustle of Port-au-Prince, our group had the opportunity to slow down the pace by working at the Sadhana Forest project. Based in Anse-a-Pitre, a stone’s throw away from the Dominican border, Sadhana works on ecological conservation initiatives such as reforestation, community gardening and food security issues in the deforested southeastern province of Haiti. 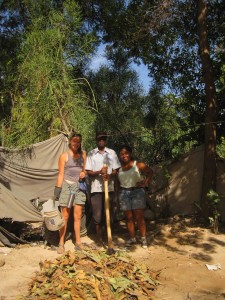 Hard at work in the Sadhana forest

Our days at Sadhana were filled with early mornings, hard work mulching, prepping and then planting Maya Nut and Morigna trees, lots of yummy vegan food, great discussions and learning opportunities, as well as beach trips to the Dominican Republic.

It was a great way to spend a week and we came back feeling refreshed and ready for some more teaching! 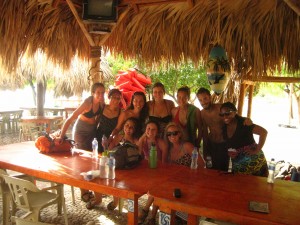 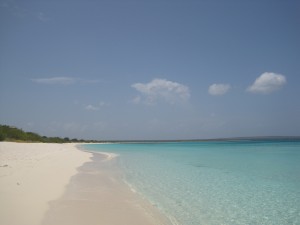 Celebrated annually until the late 1970’s, the Carnival de Fleurs is a three-day celebration of musical madness. President Martelly decided to reward the city of Port-au-Prince with the festival this year as the tent camps surrounding the Champ de Mars/National Palace have finally been cleared post-earthquake. That’s right. Two and a half yours later, tent camps are just now being relocated from spaces directly across the street of the country’s most iconic site. Our night included: a bus loaded with a group of 23 of us from Haiti Communitere, getting swarmed by 100,000 Haitians in an all-night party outside the still broken National Palace, having beers tossed up to double-decker sound buses, t-shirt exchanges, and some booty-shaking…all caught on national TV. Toss in some police brutality to the crowds below us and you’ve got one hell of a night.

So that’s the lowdown on what we’ve been up to. We’re still teaching tons of classes every day and starting to look forward to our Independent Travel Time which begins next Wednesday!

Until next time,
Team Haiti Education