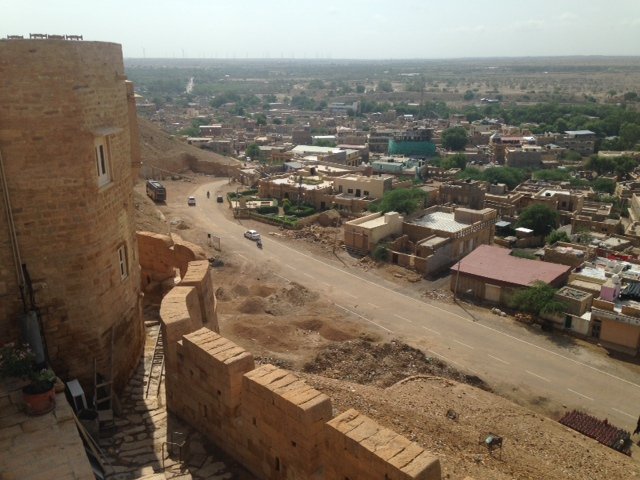 Posted at 15:35h in South Asia by Eric Schreiber

We arrived at the incredible fort city of Jaisalmer late at night after an adventurous ten hours on jeeps and buses.

Our first morning, we explored the five beautiful Jain temples and got to learn about the origins of Jainism through guided tours. It was interesting to learn about Jainism’s origination through Hinduism and about the dietary choices of Jains. 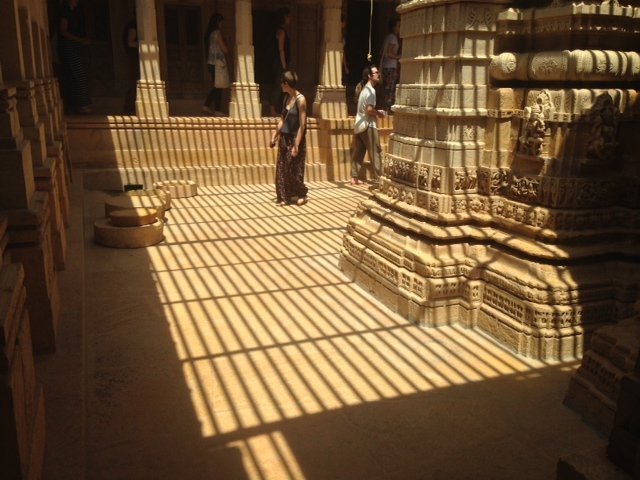 During our time off, we shopped and discovered the best mango shakes in India, as we were told by Byron. A group of us excitedly bargained throughout Jaisalmer for handmade tapestries and Alex bought everyone in the group an ankle bracelet as a symbol of solidarity within our group. We finished every day eating dinner with views from the top of the fort overlooking the desert and the city. 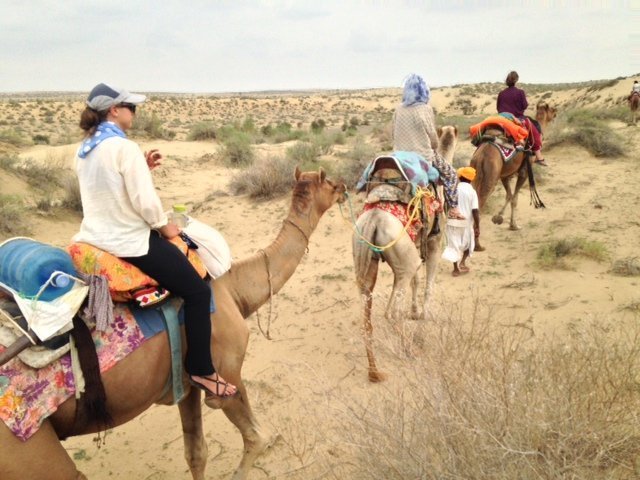 On Saturday, we went on a camel safari. The drive through the desert to our safari spot was beautiful. The actual camel riding itself had it’s ups and downs – some of the camels were grumpy while others had an amazing ride. In the afternoon we climbed sand dunes and rested from the desert heat. We drank chai, played games, and had a group discussion about environmentalism. We finished the safari day with dinner at camp, ukelele singalongs, and watching the sunset. I ran to the top of a sand dune with my camera when the sky filled with the color pink and I felt so small amongst the 360 degree angle of the vast Thar Desert.

In the middle of the night, we woke up to the most surreal desert lightning storm, filling the sky. We fell back to sleep, only to wake up to everyone yelling “TARP!” which resulted in us being sealed into the tarp like sardines. We kind of stayed dry and put up with the rain storm with ukulele tunes and telling jokes while some people slept throughout the whole catastrophe. In the morning, we had a delicious breakfast of hard boiled eggs, mango, and toast with chai. 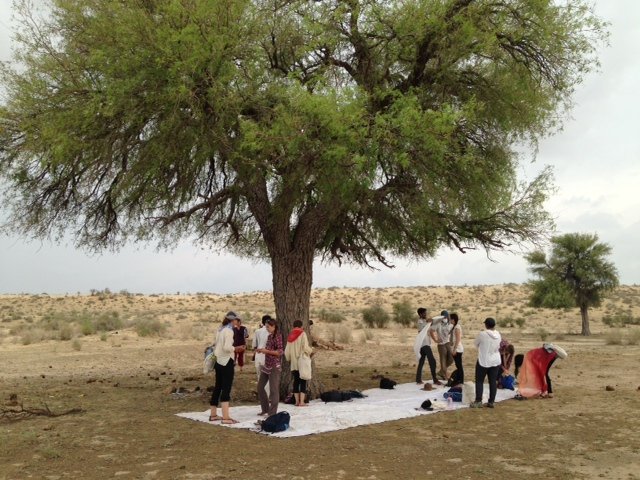 On the way back, our safari guides stopped at a lower caste desert village and told us we had the time to go in the homes of the villagers and take photos. Our team opted out of doing this because we felt uncomfortable with the idea of taking photos in people’s homes who we had no relationship to.

We ended the safari with sore butts, but warm hearts after a weekend of adventure.