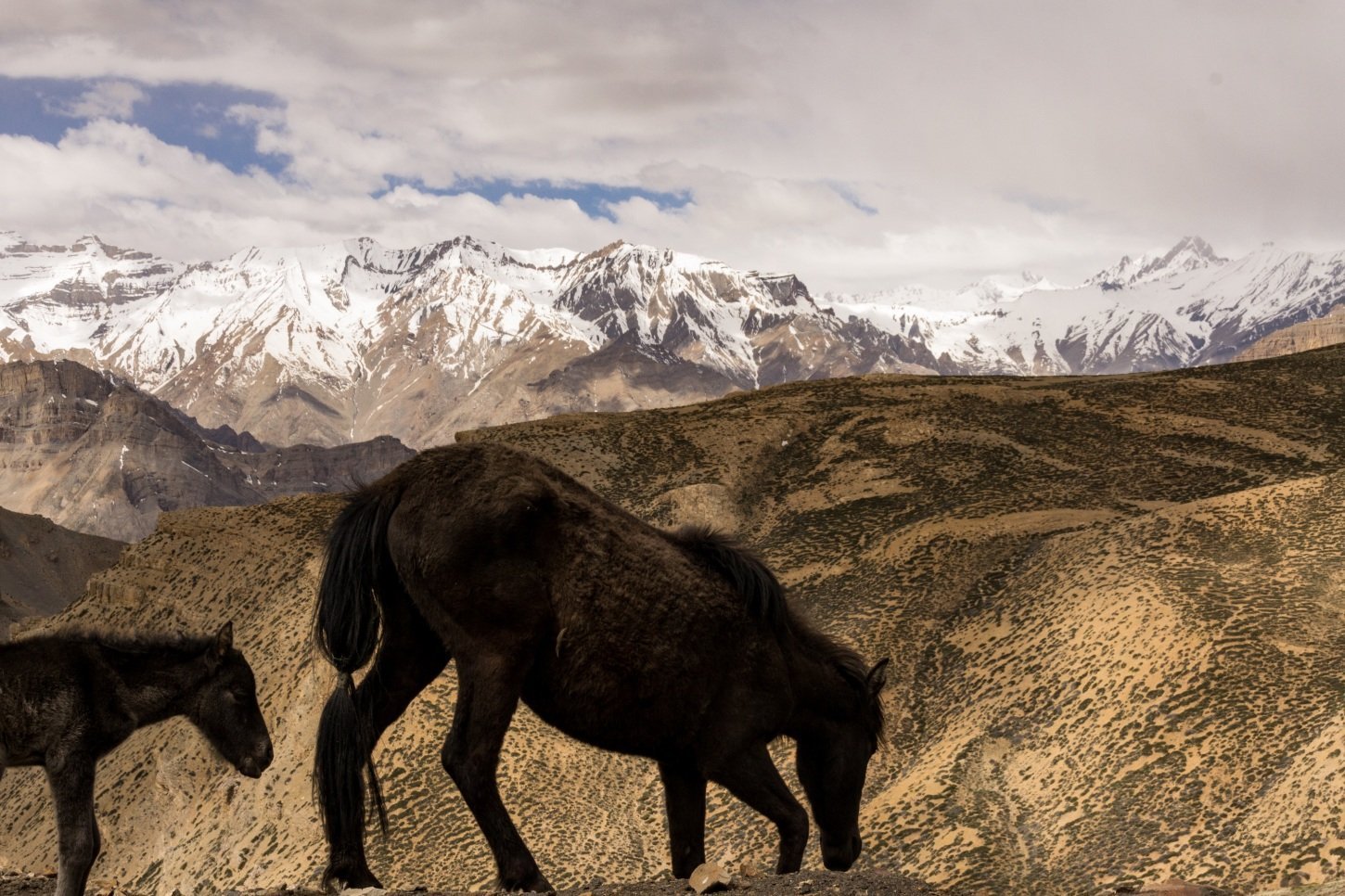 Posted at 16:09h in South Asia by Anna Cunningham

The days are winding down, and my flight back to the States is approaching quickly. It’s hard not to reflect on the entirety of my trip, much less the past few days and weeks.

After leaving Dharamsala, we took a long, arduous bus ride into the Spiti Valley, a floodplain deep within the southern Himalayas. It took nearly twenty-seven driving hours to reach our destination, Kaza.

Kaza is a sort of rural hub for much of the Spiti valley, with many of the smaller, more remote villages using it for certain supplies and support. It has one of the only hospitals within a wide radius, although there is a local amchi, or medicine man, that rotates through the villages.

Shortly after arriving, I noticed the slight difficulty in breathing fully, particularly when exerting myself with activities such as walking up a flight of five or six stairs. Resting breaths and short, quick breaths were the easiest, though I could manage a few relieving, deep breaths shortly before falling asleep.

I’d never really given altitude much thought, and certainly did not think it would effect my respiratory system as much as it did. The whole experience working above 4,000 meters (13,000 feet), has given me a new appreciation for those who’ve climbed the highest peaks, with or without supplemental oxygen (it also makes me laugh at athletes who think “elevation training” is above 8,000 feet).

After a few days acclimatizing, we took a jeep up to the village of Langza, situated around 4,200 meters and about thirty kilometers from Kaza. The houses themselves were situated around a terraced plain, surrounded by rolling hills and, beyond the hills, craggy mountain peaks. Atop one of the hills in the northwest corner of the village, sat a golden (perhaps gilded) statue of the Buddha, prayer flags strewn from every corner flapping in the wind.

The sparse population of houses, mountains in the background, and lack of oxygen at a high elevation will take your breath away.

The group we were working with, Ecosphere, arranged for the group to stay in several houses throughout the village. I shared a house with five other people and a room with one of the other participants. The mud house was large but simply decorated and furnished.

The room I shared had a large bed with thin mattresses, and several shin-high tables with pads on the floor and against the walls. In comparison to some of the other rooms and houses, it was quite spacious.

Over the first five days, we spent much of our time moving rocks for the back wall, and moving bags of mud and dirt to the masons. The walls were of particular interest as they used mud from the surrounding hills by pouring it into a simple yet effective mold. The mold itself was made from six- to eight-inch boards secured by a two-inch dowel and half-inch, square dowels.

Layer after layer of mud went up and the greenhouse started to take shape. The thin air did its best to dampen our spirits, the snow forced us inside for half a day (yeah, I saw snow this year), but the walls continued to rise.

Inside the home stays, we were welcomed as family for the most part. Many of us ate with our families, tried to communicate and gain some sort of connection with each other. Kids usually helped, as they spoke in their own language anyway. Gestures and smiles were their way communicating. The adults, both those in our group and the local Spitians, followed suit and soon an amicable friendship ensued.

With the mud needing to dry, the group spent two days hiking through the hills, stopping by the highest post office in the world, followed by the highest road-accessible village in Asia.

Yaks, horses, and stray dogs were among the wildlife that braved the harsher landscape, many pausing for long periods to stare into the distance.

Many of us did the same.

On a side note, for those who have never seen a yak, they might be one of the coolest animals in the world. Think of a cross between a cow and a buffalo, with the fur and temperament of a buffalo, and, maybe, the horns of a cow. They are significantly better than cows in every single way.

When we returned, our greenhouse had made significant progress. There was very little left to do besides paint and put the plastic covering on the south-facing wall.

The night before we finished everything, we had a group meeting near the Big Buddha. The wind was crisp and stiff but, mercifully, short. The clouds, gathering and shielding our view most of the day, had cleared just after sunset.

To be frank, it was the closest thing to a hippy slumber party there could have been without weed.

We laid down as a group, looking at the stars; one of the girls turned on her stargazing app. I remember looking deeply into a star, thinking about how it was so unique, set apart from the other stars but shining brighter and more noticeable than most of them.

The app was passed to me and I learned the star I was staring at was actually part of a constellation shaped as a shepherd. The star I was ogling was his groin.

I quickly changed the star I was looking at.

Near the end of the meeting, our group leader told us about a conversation he’d had with one of the Ecosphere leaders. He’d learned that in the local language, Bodhi, the stars are called karma.

That bit of information stuck with me for several minutes.

Karma, according to the Oxford dictionary, is the sum of a person’s actions in this and previous existences, viewed as deciding their fate.

The physical representation of karma through the stars was one I’d never heard or thought of before. Our actions, and therefore our fate, are as different as the stars, are as frequent and beautiful as the stars.

Add to your karma.

Read more of Matt’s writing on his blog!