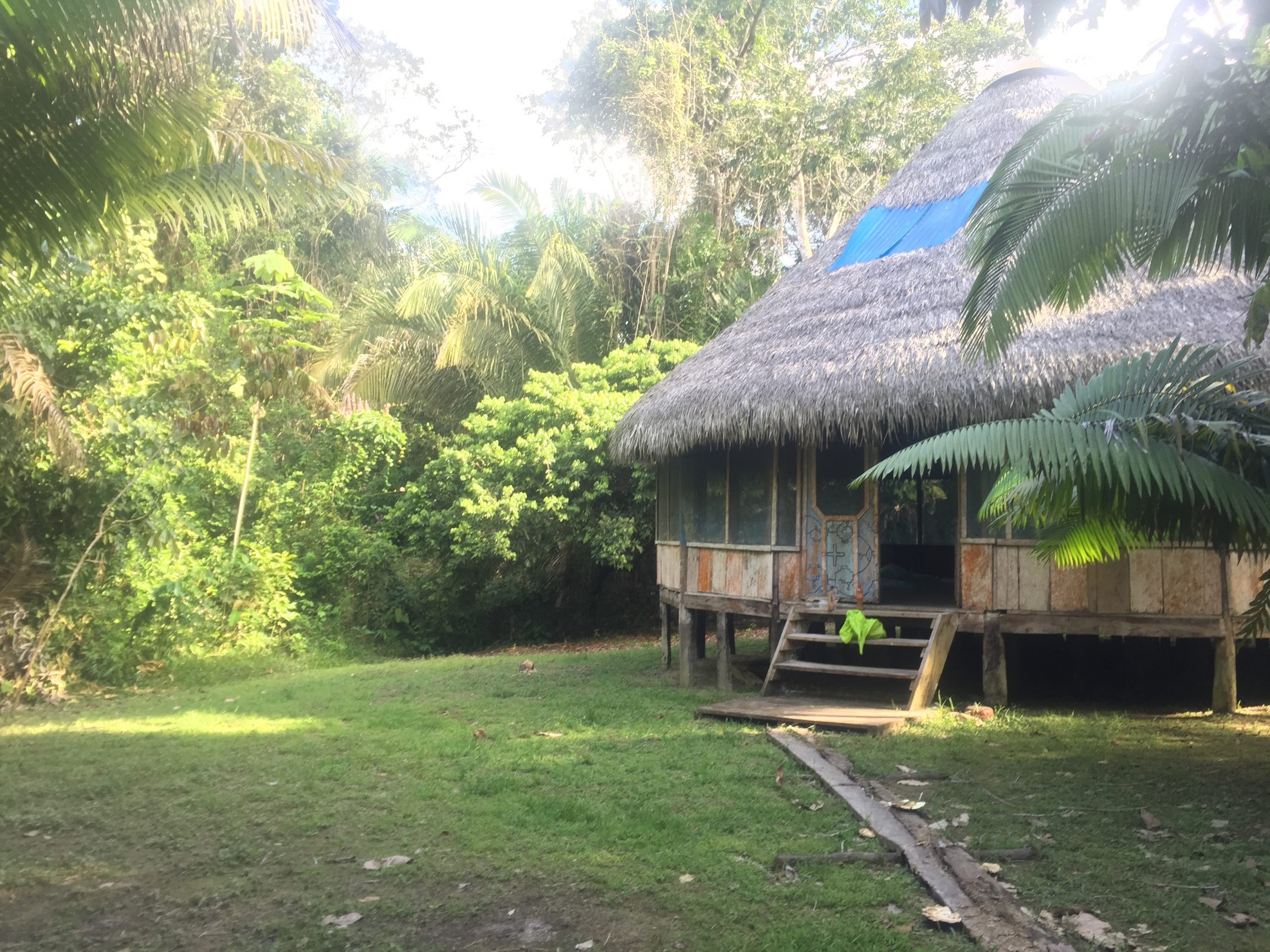 Posted at 15:47h in South America by Anna Cunningham

It’s not every day you get to experience something utterly surreal. For me, surreal was spending three nights on a boat meandering down the Amazon River, sleeping in a hammock under the stars while watching fireflies dance among the treetops, to eventually arrive at our temporary home that was tucked away in the jungle.

Arriving at Escuela Nyi in the community of Puerto Miguel was like stepping into a fairytale. It was impossible to be anywhere else, physically and mentally. The brush surrounding the school is lush and thick with life. Birds sang, monkeys screamed, and the floor crawled with snakes and other unsettling critters (scorpions and spiders to name a few) – maybe not everyone’s idea of a fairytale.

The school is made up of five malokas, or cabins, scattered among the property under a thick canopy of palms. They are decorated with beautiful artwork and topped with thatched roofs, the colours reflecting the vibrant hues of the surrounding foliage.

The days were hot and humid, a constant flash of lightning on the horizon, and the nights were stifling. Any breeze that swept through our maloka was suppressed by the weight of our mosquito nets that hung dense over our faces. The sounds of the jungle brought to life local legends we had to talk ourselves out of believing if we wanted a chance at sleep.

Everything about this magical place exuded peace and isolation. It was exactly what I had imagined the jungle to be. Its remoteness brought a welcome disconnection from life back home, allowing myself and my fellow OGers to be completely present and mindful of our surroundings.

The school exists to teach the Kukama youth their language and to revitalize the culture through art. The Kukama are an indigenous people whose language and culture is greatly endangered through subjection of colonization by the Spanish, the missionaries, and further systemic oppression as their lands are taken over by exploitive industries. If there were any place to reconnect with the land and a culture that greatly depends on it, it would be here. 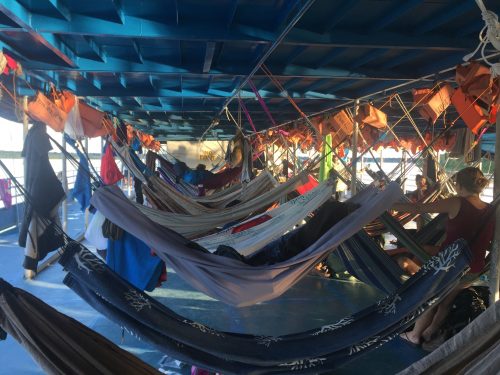 Our hosts were more than welcoming, engaging in meaningful conversations with us following the day’s work, sharing their artwork, opening up about their struggles, and exchanging stories about the jungle. Their passion for their culture and protecting their land was incredibly inspiring. For a people whose rights to the land are not legally ratified, the fight for socio-environmental justice is constant.

As an environmental science student, it was unreal to experience the Amazon. My professors always stressed the importance of it to us, and even more so how important it is for us to preserve it.

And there I was, in the Amazon rainforest where more than 20% of the world’s oxygen is produced, a region that has the greatest amount of biodiversity in the world, that moderates the world’s climate and carbon stores, and one that is being exploited to a point beyond return. We have created the fastest extinction rate in history through deforestation of the rainforest to the demise of the people and organisms that inhabit it.

Passing through as a tourist, most aren’t exposed to that reality and it’s easy to get lost in the serenity of the jungle. Disconnection from the outside world can do wonders for the soul, and enables you to connect with nature like nowhere else; falling asleep to the sounds of the jungle, staring at the stars, eating fruit picked from your backyard. Escuela Nyi offered all of it, a raw experience of la selva and all of its mysteries.

However, it was also a time of exposure; exposure to the harsh realities of environmental injustice and human rights violations with invaluable insight from those who are fighting to protect their culture and their lands.

Our time at Escuela Nyi opened our eyes and our hearts to another side of their reality, one plagued with destruction and greed; exploitation of hydrocarbons, illegal logging operations, dredging of the rivers they depend on, and corruption that leaves them without avenues for proper justice.

I thought about the sheer remoteness of the community. Three days on the boat and another two hours from the nearest city – a city that is inaccessible by road at that. I thought about how lucky I was to be able to experience this place, but also how disconnected the world is from the source of its resources. 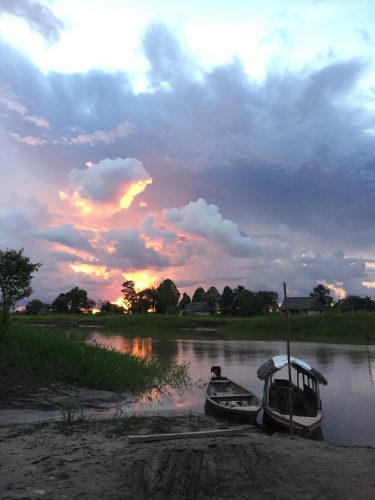 Mark Burch talks about mindfulness in his book The Hidden Door. He states, “the right understanding of mindfulness practice helps nourish in us both the ethical sensitivity and spiritual capacity to act in solidarity with others to care for each other and the Earth.”

I recognized how easy it all seemed at the time to practice mindfulness and simple living – living in the jungle, cooking over a wood-fired stove, bathing in the river, not using electricity. But what about when I get home? Because the reality is, while immersing myself fully in this experience, I was to go home to a country that is a major driver behind this system of exploitation and systemic oppression.

Being in a place where many of our resources come from, seeing and speaking to the communities that suffer the consequences of Western greed and consumption habits, including my own, I learned that practising mindfulness opens up another realm of responsibility. Not only does it mean waking up to the beauty that I was surrounded with and fully enjoying it, but, as Mark Burch put it, “also waking up to the ugliness all around and perhaps choosing to do something about it.”

If we were all even the slightest bit more mindful in how we relate to the natural world, I think we would all start to make the appropriate changes – small changes that would accumulate over time as our own actions inspire others to do the same.

Change our consumption habits, reduce automobile use, reduce or eliminate our consumption of meat. Remind ourselves that environmental issues are human rights issues, and what we can take home with us is the concept of social solidarity and recognizing the impact of our own existence on this beautiful planet.

Gracias Escuela Nyi. Gracias Lucho, Leo and Sami. Gracias to Steph and Victor for guiding our learned experiences throughout the program – it was unforgettable!