Posted at 09:32h in Middle East by Operation Groundswell

Written by Stephanie Pankewicz. Read more of her thoughts on her personal blog, Travel Accidentally On Purpose.

I’m not an expert on the history or politics behind Hebron, I do not want to pretend to be, and honestly I am not interested in being an expert on anything to do with that place. All I plan to do in this blog is explain to you how I felt. And hopefully by sharing the way I felt walking the streets for a few hours, you can begin to grasp how the citizens must feel who live there every day.

Hebron is separated into two sections: H1 and H2. H2 is completely under Israeli military control; in fact, the city in literally separated by a checkpoint that you must walk through. As you approach the checkpoint you can hear the buzzing of the metal detector and see the Israel Defence Forces (IDF) soldiers checking passports. Even though I knew I wasn’t doing anything wrong nor was I  the target of the soldiers attention, I felt nervous and tense. The soldier did not smile at me, he did not give me a nod even out of courtesy. The situation felt cold and disconnected. 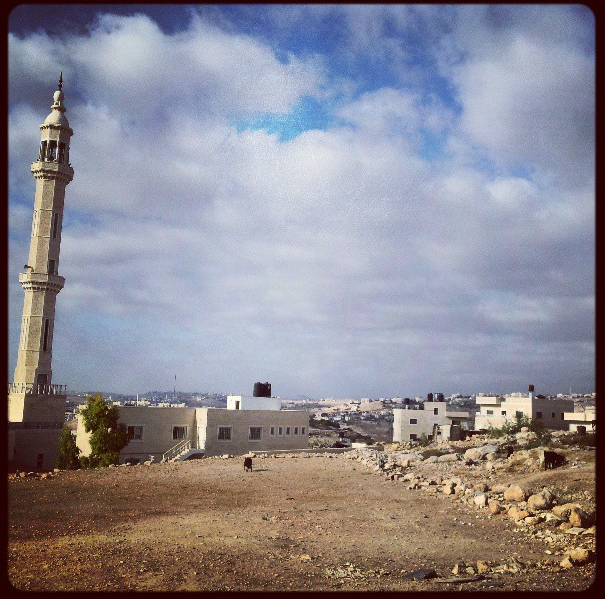 After passing, we walked down what used to be the Main Street in Hebron, now a “ghost town”. Literally there are no Palestinian families left in Hebron along the Main Street. In fact, the Palestinians that do live in H2, or Hebron in general, are not allowed to drive cars on the street or even walk on some (many) parts of it. The space feels empty and lonely. There are dead plants everywhere on balconies, as if families have gone on very long vacations. I felt guilty for walking streets so freely when so many thousands of people cannot return to their homes.

After our first tour guide we met with a second guide, this time a Palestinian who lives in H2. Instead of walking down the street freely as we did earlier, we took a right turn up a treacherous flight of stairs. I felt as if being seen with this guide immediately made us a worse person in the eyes of police officers in the area. All of this was uncomfortable.

Our tour guide then took us to his house. He painstakingly explained how he fought In court for the right to enter his house through the main entrance since it had been closed off for years. He used to have to literally climb walls to get there, that is, until he gained the right to use the street and enter through his front door. Still, this area — the street that leads to his home — is a restricted area to foreigners, specifically because it is at the corner of a settlement and a Palestinian neighbourhood. In an effort to reduce conflict, it is a restricted zone with a military booth on the corner.

When our tour guide attempted to proudly take us to his home through his front door, we were stopped. Our tour guide began to argue with the soldier when suddenly a jeep of soldiers arrived out of nowhere and began taking our pictures. I felt violated and humiliated. They drove away after a few snapshots and for a second it seemed as if we may be allowed to pass. Then from the top of the hill came about 7 other soldiers. With the influx of soldiers, the huge guns hanging over their shoulders, along with their attitude, I felt threatened. Sam, our trip leader told us to back up because she is not interested in a conflict. We noticed that these soldiers were also taking pictures on their phones and so I began to cover my face with my hat. 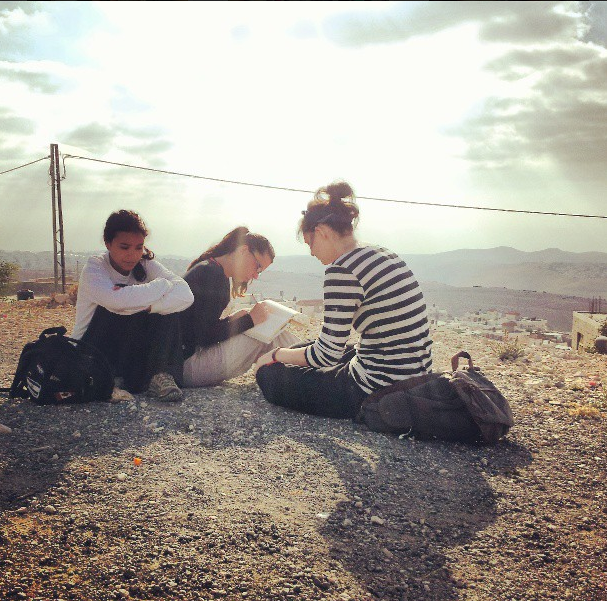 A soldier noticed my reaction and called to his friends to watch. He lowered his phone and so I lowered my hat, and quickly he pulled his phone back up, followed by my equally quick reaction to cover my face. All the officers began to laugh. This moment was perhaps the saddest and most hopeless of my life. In my mind I am screaming because I am so frustrated by the way I am being treated, but even more than that, I am crying because my humiliation and uncomfortableness is not even a fraction of how the Palestinians feel living there day in and day out. At that moment, I felt as if there was no humanity in the world. How dare these men laugh at me while I am helplessly standing there, afraid of their guns? How dare these men laugh as innocent children watch discrimination and the degradation of their friends, families, and people take place? How dare these men laugh when they are directly adding in the poverty, sadness, illness, and occupation of 45,000 Palestinians in Hebron? All I could feel at that moment was disgust, contempt, and embarrassment for the human race.

But I want it noted that my faith in humanity was only shattered for a moment. As I was turned away from the soldiers crying, a group of children came up to me and asked me in Arabic why I was crying. Since I can’t speak Arabic well I didn’t know how to answer, but they were concerned nonetheless. As we were turning to leave, a small boy came up to me and asked me not to be sad anymore, as he handed me a sucker. He looked me in the eyes when he handed it to me, and in that moment, I felt hope for humanity again. While I remain hurt and changed by my encounter today, I still feel hopeful for humanity. People are good and if my only proof is a small child who lives in violence everyday, sharing his kindness through a sucker, then that is proof enough for me.