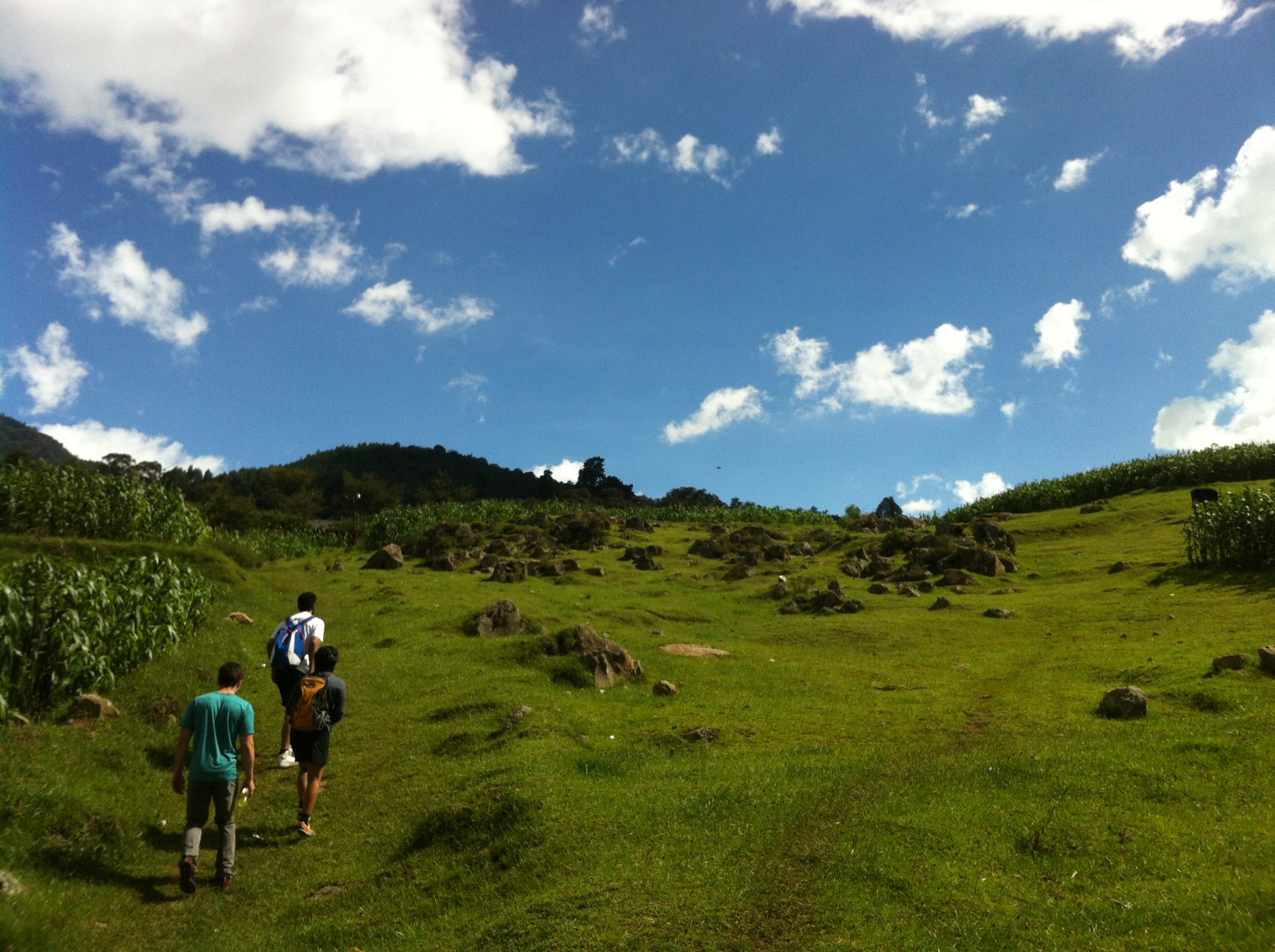 Posted at 19:36h in Central America by Eric Schreiber

A man takes his hat off. He begins speaking with a look of tired exhaustion on his face. Speaking in a tongue I cannot decipher, staring without direction, the man’s eyes remain ever vigilant. Lowering his head and raising his voice, he leads us in a prayer. His eyes close tighter with more focus as his words grow. His people join him in time, ascending their prayers to their God, almost shouting as they pray. It is revealed to me how much these people have to pray for, how much they offer up to their God, and how weak I feel (although almost a foot taller and at least twenty pounds heavier). I think we all were diminished as we stared in awe at the people now shouting, raising their heads and their hands as they symbolize the offering that they are so willing to make. Slowly the community of voices tapers off and all that remains is the man. His eyes tightened so that not a single vision could escape, he finishes with raised hands. As his eyes return from the depths of his mind, he reclaims the exhaustion previously shown, replaces his hat upon its resting place, and returns to his seat to watch as his communities’ struggles are revealed to the gringos with their pens and notebooks at the ready.

Staring at the ground patiently listening you can see the fight that they portray through their masks of pain. You can feel the strength that they have here. Taking on police and paramilitary agents as their houses are burned and destroyed by their own neighbors, they continue to rebuild, recreate, reestablish, and reserve their humanity and their land.

Having lost half of the community already, the people here continue to persevere in the land of their ancestors, the land of the Guatemalans. Stewards of the riches and resources that have been there for years, they are against the foreign invaders that threaten their culture, land, and even lives. There is no doubt that the community has fought for years and years. Taking on the name Lot Eight, the community has claimed this land, this “Lot,” as their own. This important place is a standing example of the strength that resides in people and solitude that is brought on by perseverance and solidarity. Fortified by God, gringos, and Guatemalans, the community has withheld their land from the companies despite multiple efforts to reclaim it – legally or otherwise.

As the floor is opened a woman begins to speak. Looking back and forth from her people to ours it is evident that speaking in front of groups is not strange to her. The tones of her speech begin to waiver as her story begins to turn to something of meaning. Faster she speaks of this mystery, now looking at no one in particular. She motions with her hands violently when she is not clasping them tightly together nervously. Again her voice speeds faster. In her traje she possesses a serious demeanor and tone, urgent while still controlled, the importance of what she is saying is palpable, almost tangible.

This community was an inspiration to us all. The importance of this fight to the community is without comprehension until you see it in their eyes. Angelica, one of their strong leaders, has shown us what it means to be a part of something bigger, a cause that impacts hundreds of lives every day. The political strife in her community stems from the struggle for resources in Guatemala, but if the capitalists could just see the environment for what it truly is, a home, it seems that this all would dissolve. However that will not happen, and so the community located on Lot 8 continues to defend their land, culture, and humanity as they regain some semblance of normality in their lives. Returning from yet another illegal eviction no more than a year ago, the community has gardens planted and is creating a means of life right there in their ancestral home.