Posted at 17:02h in Central America by Developer

Meet Mely Mendoza, a third generation musician who uses her voice to advocate for women’s rights and Tz’utujil culture in San Juan Laguna.

Mely Mendoza is a young woman from San Juan La Laguna and is 20 years old. Mely graduated as an Expert Accountant and is currently studying the third semester of Auditing at the University of San Carlos de Guatemala. Mely is a cheerful, creative, kind young woman and above all very respectful of others.

Mely currently has two jobs, one as a Chocolate Teacher at Licor Marron, a local chocolate shop in San Juan la Laguna where it is possible to learn the process, history and ancestral traditions of chocolate. Mely is also a member of Voz Ali, a musical orchestra of indigenous women from Panajachel where Mely is one of the singers in the orchestra. The vision of the orchestra is not to lose the essence of the Mayan woman. 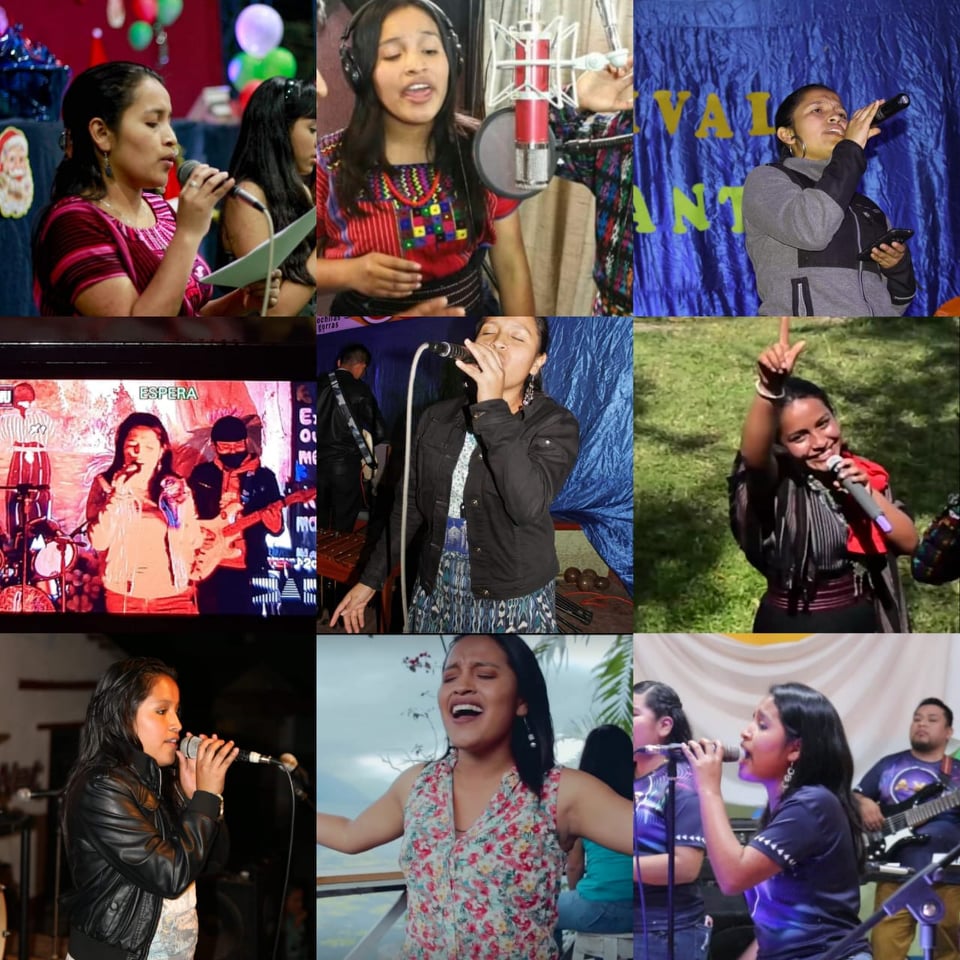 Mely says that her childhood was one of learning values ​​such as respect, responsibility and honesty. Mely grew up next to her grandmother, Ana Melchora, and her parents, Don Juan Mendoza Mendoza and Dona Gloria Encarnacio Cholotio. Mely has 4 brothers and a sister, although she shared more with her third brother Ronaldo since her other brothers studied in the City (Guatemala) but she has a good relationship with all of her siblings.

Mely says that she discovered her talent in music when she was 9 years old and was studying at the Evangelical College. On one occasion she had to take a singing exam as part of the study curriculum. In the exam, she sang a song from the Catholic church and shocked her teachers who told her that she had a good and beautiful singing voice. For Mely, it was a great surprise to learn that she had this incredible secret talent.

As a child, Mely’s father, who is a guitarist, would invite her to practice with him, he would play the guitar and she would accompany him by singing. So, music for Mely is a blood inheritance in her family, since her maternal grandfather was one of the founders and musicians of Sonora Juanera, a musical group from San Juan.

For Mely, music is also an art where you can express yourself emotionally and share your feelings with other people and it can be an important tool to help boost self-esteem in some circumstances. Mely says that when she sings she surrenders and makes her audience feel her emotions. 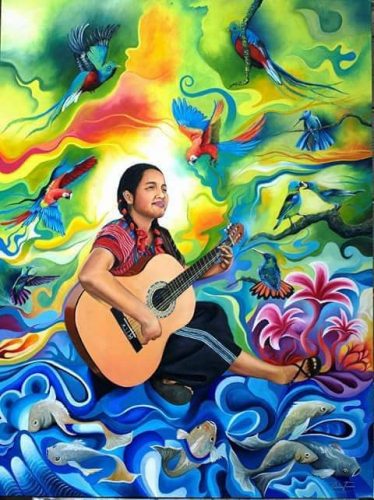 Besides singing, Mely also plays the guitar and says that her father and two of her brothers are also good guitarists. She says that when she was a child, she always listened to them and that’s how she learned to play. Mely loved her father’s guitar lessons and she now prides herself on being one of the few indigenous women who plays the guitar.

For Mely, indigenous women should have more opportunities in the different areas of the country’s social and political life. She says that many times indigenous women cannot or do not want to take roles in different social areas for fear of what they will say or do. That is why Mely wants to empower and encourage her companions to be part of the transformation of a better country. Mely says that young women must educate themselves about their rights and take advantage of access to technology for this purpose.

Also, Mely watches with concern how culture is getting lost in the next generation, starting with their traditional clothing. We can partly blame the high prices of traditional garments and the large influx of American clothing, but technology is also transculturalizing youth. Mely says that if the Mayan clothing is lost, the Mayan identity would also disappear. By changing Mayan clothing, the culture and history of our grandparents is also being changed or concealed.

Mely wants young indigenous women to see the importance of maintaining the traditional dress since it is their story and unique to them as indigenous women. She also wants people to practice music because it is a very healthy art both intellectually and emotionally and value the elderly because they are living libraries and losing them means losing our ancestral knowledge.

If you want to know and interact with Mely you can visit the Licor Marron chocolate factory and / or follow her or Voice Ali on Facebook. On the link you can see a video of Mely: https://www.facebook.com/MelyCholo/posts/1546749392201115 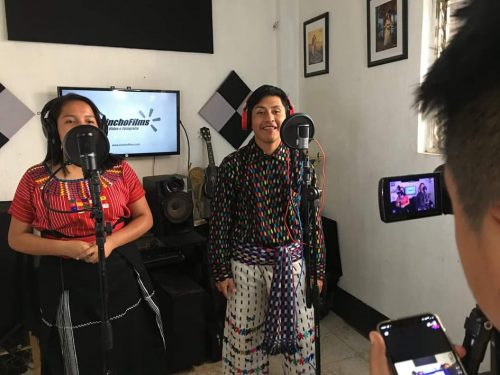