28 May More Than Just a Temple

Posted at 12:31h in Southeast Asia by Operation Groundswell

By Sidney and Amanda, leaders of the Southeast Asia Discovery trip.

Last time you heard from us we were kicking it in the laid-back yet bustling city of Chiang Mai. Since then, we’ve experienced quite the change in scenery! After a grueling 20+hour bus ride, which included blanket forts to protect us from rain leaking through the ceiling, we arrived in Banteay Chhmar – a series of villages located deep in the Cambodian countryside. 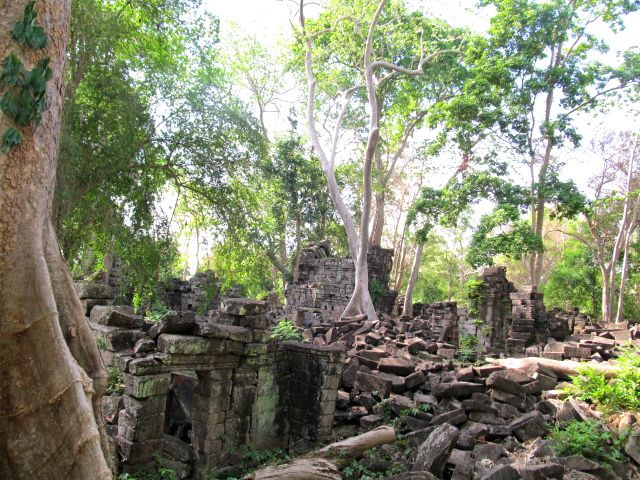 Banteay Chhmar (which means “the small citadel”) is home to one of Cambodia’s most spectacular ancient temple complexes, dating to the 12th-century AD. Much more than that, however, it is also home to OG’s newest partner in Cambodia, the Banteay Chhmar Community-Based Tourism (CBT) group. The CBT is a local cooperative organization geared towards creating a sustainable tourism economy centered on visitation to the nearby temple complex. 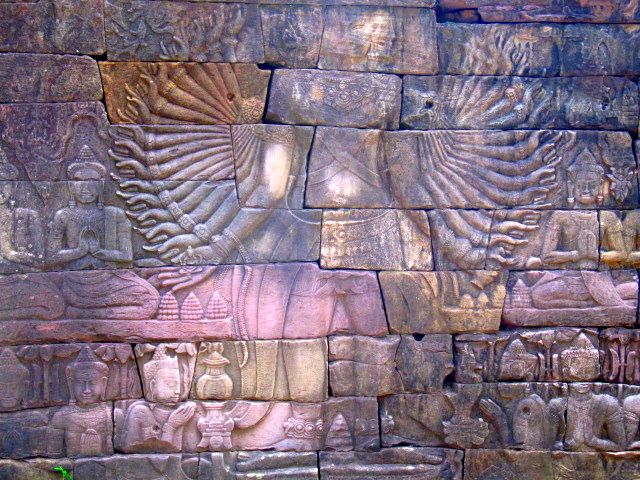 The first night we arrived in Banteay Chhmar we were greeted by countless Khmer smiles and a delicious traditionally cooked meal prepared by the CBT chefs. After a night of much-needed sleep in our hospitable homestays we were given a fascinating private tour of the massive 900 year-old temple nearby. We climbed across thousands upon thousands of collapsed stone blocks, marveled at elaborate carvings skillfully etched into the sandstone walls, and enjoyed the all-surrounding tranquility embracing this true masterpiece of classical Khmer architecture. 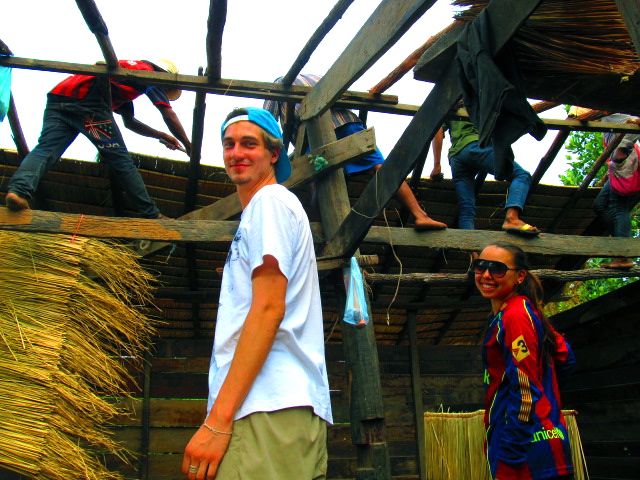 The next two days were spent lending support to local villagers in their efforts to repair the roofs and walls of three of the poorer houses in the commune. Part of our fundraising money was spent buying building supplies to ensure that these houses were well equipped for the upcoming monsoon season. Oh, and who could forget the epic soccer game played with the local children and some of the CBT members! 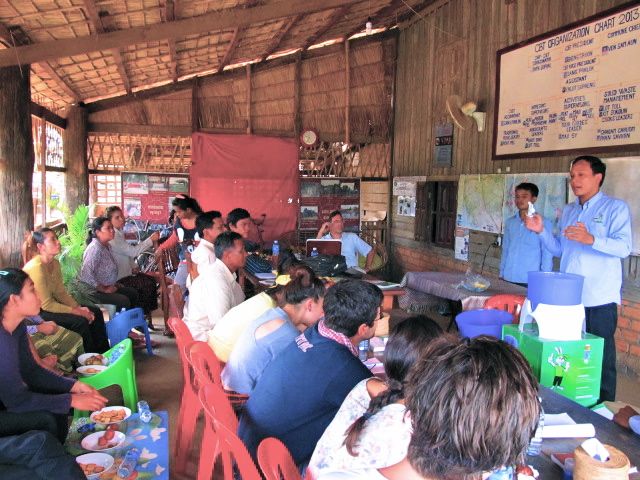 An even larger chunk of the money the Discovery crew fundraised was put towards purchasing ceramic water filters for a number of families in the commune. This is part of a long-term project spearheaded by the CBT, with support from OG, which hopes to provide clean and safe drinking water to households in Banteay Chhmar. On Friday morning we were invited by the CBT to sit in on the first information session where villagers who requested the water filters were taught about the benefits of treated water and were shown how to use the filters. It was a truly rewarding experience to see exactly how the money Nic, Susan, Hannah, Jamie and Talia worked so hard to fundraise is being put to use!