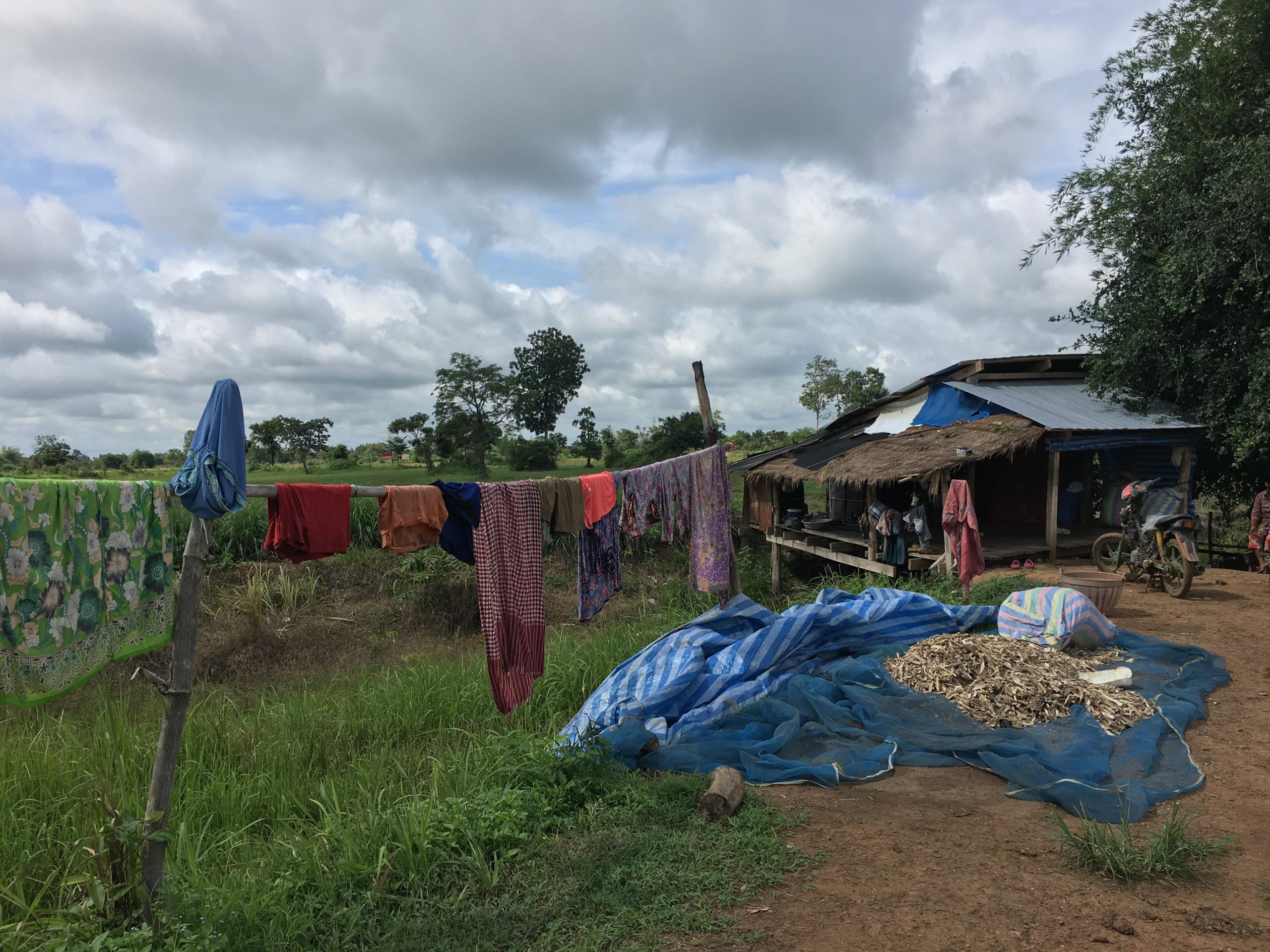 26 Jul A New Insight on Change

Posted at 00:33h in Southeast Asia by Anna Cunningham

Upon completing my undergrad thesis on alternative and sustainable learning environments, my conclusion deciphered how the presence of change within our society could be most effectively achieved amongst children. This conclusion was not only an indicated assumption, but more so what I perceived to be a solution to a major global issue: pollution and the necessary actions required to reduce and eliminate its presence on Earth.

Of course, in order to achieve change from a global perspective, all pertaining parties must be actively present for a new leaf to turn over. The issue with this is due to the set of values and beliefs that an individual develops as they age. Egotistic elements take shape, and the concept of change soon turns into the old adage of trying to teach an old dog new tricks – simply inefficient and most likely unsuccessful.

Children on the other hand, are the future to our world, and soak up information like that of a sponge. I saw this as a highly prosperous demographic, capable of taking positive and crucial change in our society forward with them. 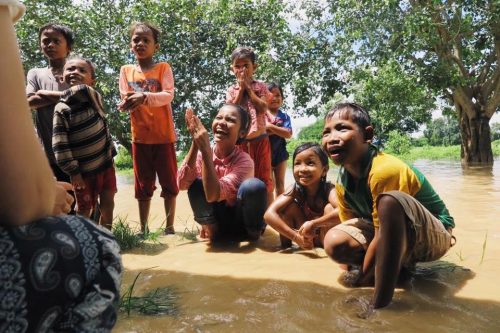 My program’s thesis required me to design the interior of an existing building in Ontario. Its objective was based on addressing a social issue evident in the pertaining geographic location. My focus was based on implementing a sustainable school design located in Hamilton. This decision was based on the fact that this place I was born and raised in became classified as the highest air polluted city in Ontario, which itself is one of the top 5 most polluted jurisdictions in North America.

Much passion and inspiration grew from my desire to create a learning environment that would re-introduce children to natural elements, teaching them about permaculture, healthy and local cuisine, and the implementation of sustainable practices in one’s lifestyle that could later be translated through the lifestyles of a society as a whole.

I found that my intentions were genuine, though the focus of this implementation was much too narrow if there were truly to be global implications. It was not until I ventured out to Southeast Asia for my much awaited OG Animal Conservation trip where I began to see the idea of my thesis reach new levels of potential. 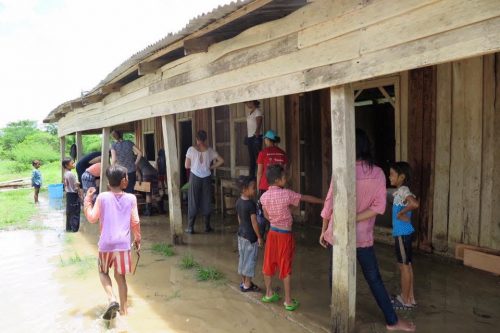 My team’s first volunteer position was with Ockenden, an organization based in Cambodia whose main objective is to educate local farmers about permaculture in addition to sustainable economic approaches for different community lifestyles. Our projects consisted of planting produce on two family farms, in addition to repairing a local school.

Right off the bat, the experience resulted in many unexpected surprises. I was able to utilize my educational and working background in interior design to help the families design their farm according to their needs and topographic preferences. We conducted a site measurement of the existing land and buildings within it, and then began to draw up site plans for potential landscaping layouts. 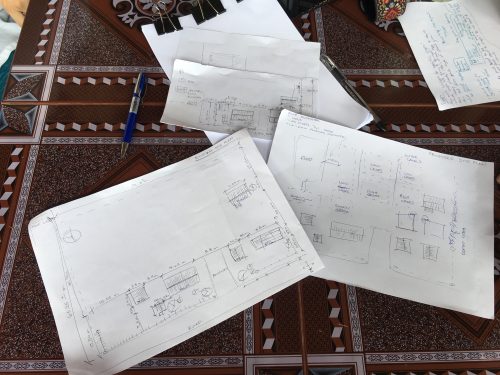 During the school repairs, I began to conduct a site inspection on the existing building elements that were evidentially not working, rather than focus on what could be patched up for a temporary fix in the next months to follow. I began to brainstorm ways in which a school could be designed in this flooding-prone area, and how local materials could be grown through Ockeden’s organization and implemented within the construction of new facilities. It all started to collaboratively come together as to how I could continue my participation with these partners by seeing my thoughts through and developing a truly attainable development plan as a result of this experience.

I instantly grew very passionate towards this organization’s initiatives, and knew right then that this would not be the end to our partnership, but only the beginning. I saw how much potential educating community members could bring to their culture as a whole; how, instead of repairing a school constantly flooded by water and consumed by ants, it could be replaced by a new, adaptable, and agile structure. The concept of repairs would become obsolete and a proper, stable environment could present itself to the students.

The children and families I met were such humble and wonderful people, so full of potential and prosperity. My interaction with the children proved that despite language and cultural barriers, we were able to come together and express ourselves collaboratively. Movement, sound, and lots of silly faces allowed for us to bond in a way that I could never have imagined (and it led to quite the dance party, I might add). 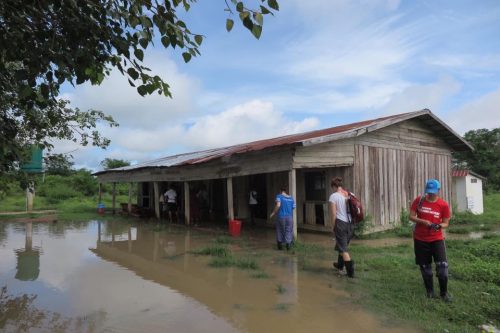 Unlike my thesis, the idea of re-introducing children to natural elements was irrelevant, seeing as these kids lived and breathed the outdoors. They already had a major trait that is evidentially absent in most westernized communities; that being a strong relationship to their natural surroundings.

These children adored flooded fields of water, seeing it as an opportunity rather than a disadvantage. On the farms, they did not hesitate to get their hands dirty and help us with planting king grass, bamboo, and banana and mango trees in the immense heat and torrential rain, let alone fall short in their agricultural skillsets. 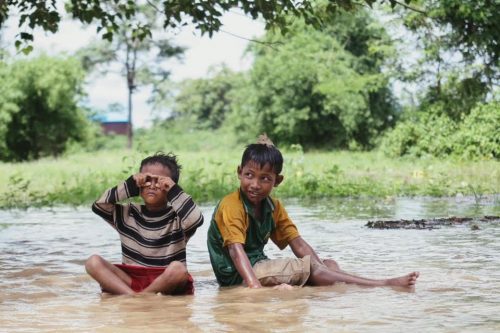 Overall, this first volunteer experience was something that I am so abundantly grateful for. It was not just everything I had hoped for, but so much more. 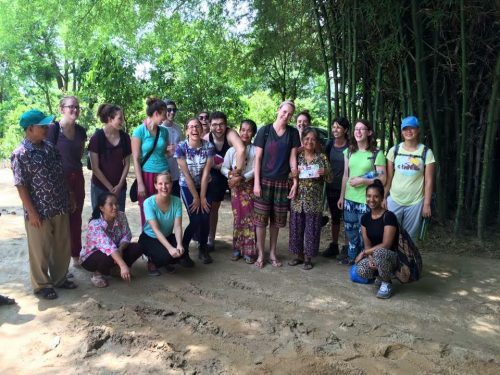