10 Jun New perspectives in the Amazon

Posted at 10:44h in South America by Operation Groundswell

Its been a week since we’ve been back from our jungle trek in El Chino, a remote village outside of the main city, and we had quite the Amazon adventure. When asked how it was, our first response was about the food. It was a pleasant break from the usual rice and pasta, as the mother of the family we stayed with was a phenomenal cook. We even got to go fishing a eat what we caught, which included piranhas! As expected, Dan schooled us in fishing but everyone but Maddie 😉 managed to catch something.

A highlight of the trip was meeting the local monkeys which surprised us all when they came into our boat. We enjoyed watching them ravenously eat oranges and flee from the guides as they tried to make them leave the boat after having some fun. We had a great time having a photo shoot with our new friends. 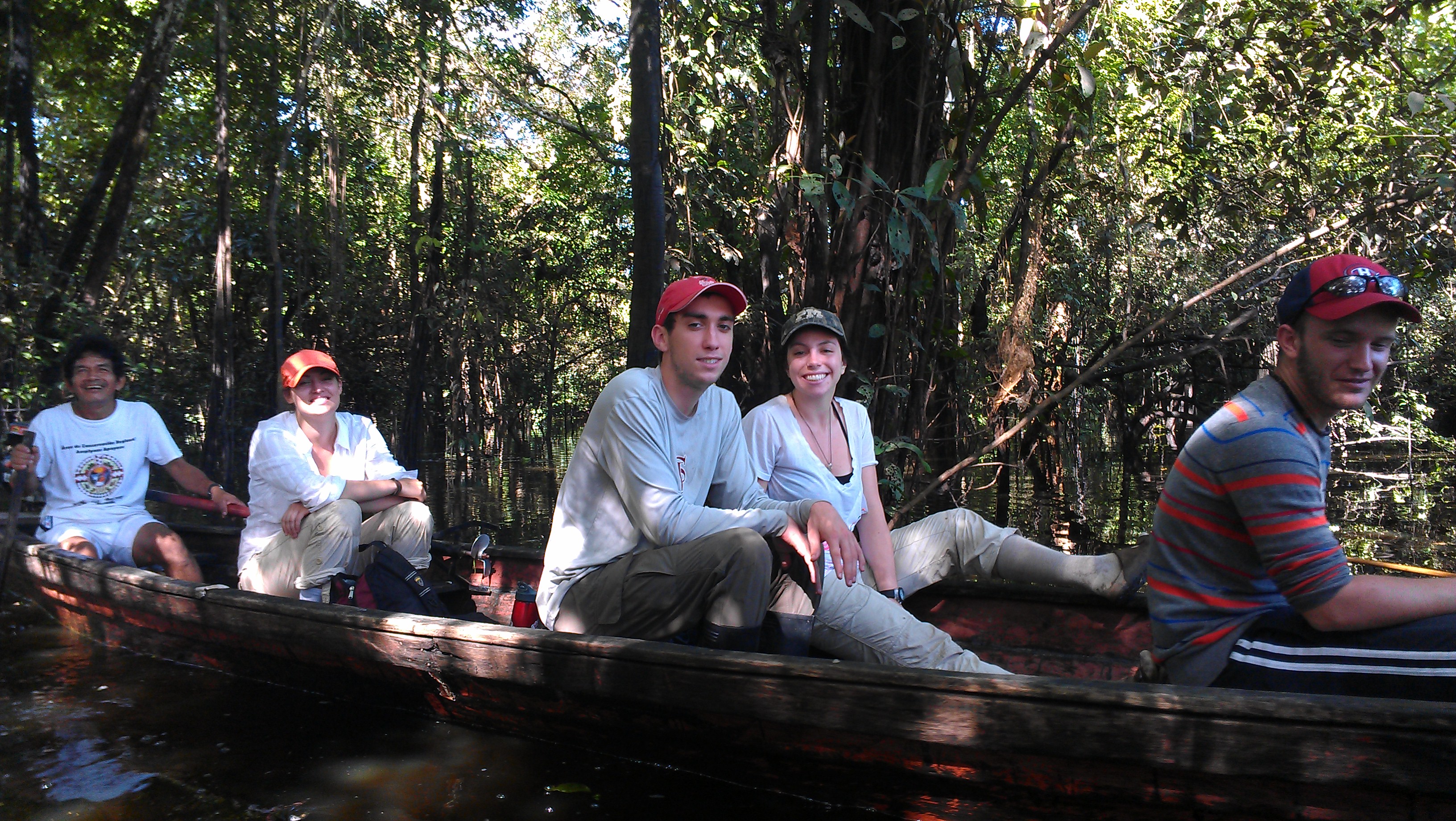 After our trek there were many activities to be enjoyed around the village. Every evening at five the town would come together and play for a couple hours. Andrew quickly become the gringo soccer hero, always coming back in a full layer of mud. After witnessing the locals jump in the river and seeing that they weren’t eaten by crocodiles, we followed suit and cooled off. When night came, the bugs came out and put our perseverance to the test. We hid under our mosquito nets around 8pm when we went to bed as it was better than sitting outside getting eaten alive. In the morning, I had an unexpected visitor. Even Carlos, our guide, was mildly startled to find a tarantula in her boot. Good thing she checked it before putting it on. 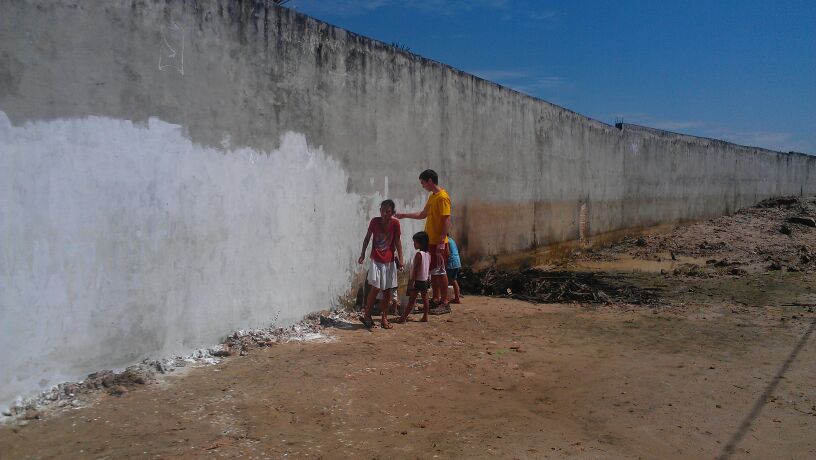 When we came back Nikki was safe at home and Beck was back with the group. Now it was time to get to work. We are working this year in Pampachica, a community just outside of the city where OG have partnered with a local organization called Kallpa for the past two years. The area receives little government support and Kallpa works on local youth and community-member initiatives in the area of Health Promotion.

We started building a road that had recently been flooded to provide a playing area for the community and access for garbage pickup. We then continued painting murals on the walls of the local primary school. Good thing Melissa has a passion for art and was able to take charge and draw her own mural. The members of the community have been a huge help, getting their hands dirty with us and always willing to offer us their support. One day while building the road, there came a sudden downpour, where we played with the children in the rain, little did we know that the houses would soon be at risk of flooding. When Maddie noticed the flooding we all began digging feverishly to make a path for the running water, doing whatever we could out of desperation while we watched the water creep toward the 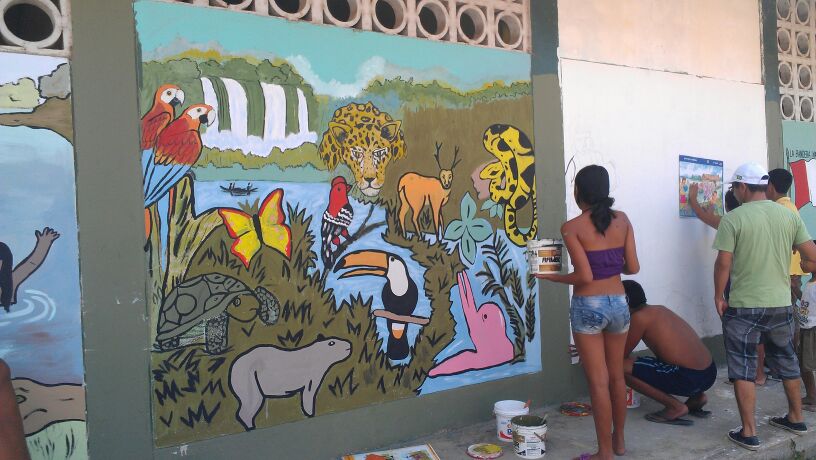 houses. It was our first real lesson on their perspective: experiencing their hardship firsthand as we tried everything in our power, to help these people who we had come to love, deal with Mother Nature. After all that we succeeded in diverting the water!

In a couple days we will be heading into the jungle with a university group called Mayantu to help build an cultural/eco-tourism centre in a community of villages eight hours outside the city. We will be off-the-grid until Saturday, but HQ is always there should you need to contact anyone: 1-888-422-0164.

Everyone is nervous about the bugs (we’re still coming off the rainy season) but excited to start out new project! 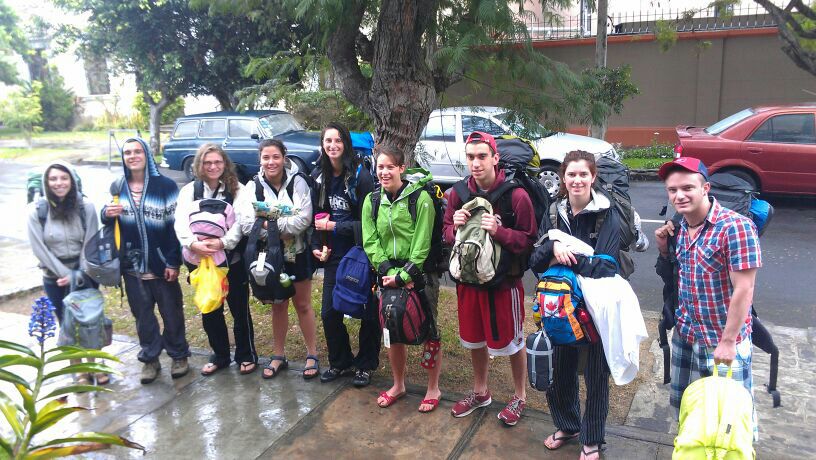 Leaving Lima to head to north into the jungle: Oh how far they’ve come!