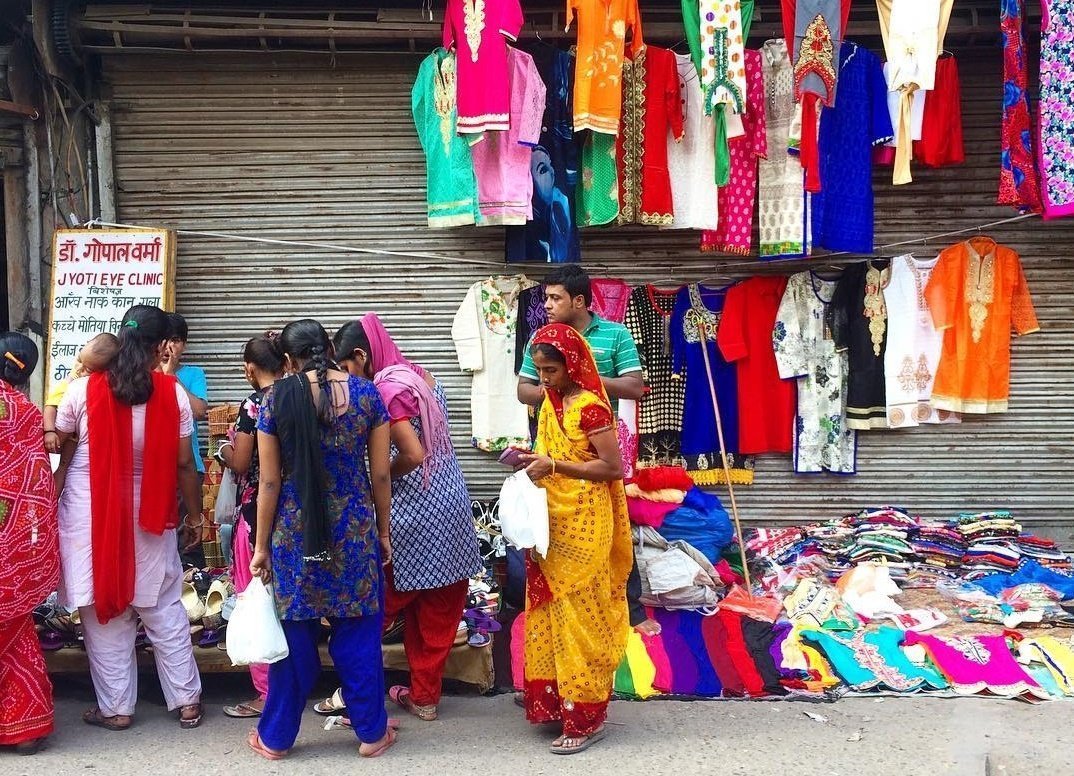 Posted at 18:49h in South Asia by Anna Cunningham

On the day of my arrival in India, Christophe picked me up at the airport. As I walked out and felt the stickiness in the air, I knew something untamed and wild would be coming. I just didn’t know when. We rode the metro all the way from the airport to our stop in New Delhi, and began to climb the mountain of steps which eventually led to the street where we would begin a half mile walk to our hotel.

When we emerged from the underground metro and into the streets of Delhi, the chaos hit. Sights. Smells. Color. CROWDS. Sounds. I was nothing but overwhelmed, and began to wonder if I’d made a mistake. After reaching the hotel, napping, and eventually having my first chopati and curry while overlooking our bustling part of the neighborhood, I felt replenished and ready to take on India.

The next few days consisted of our amazing OG group acclimating to one another and meandering the streets of Delhi, old and new. Whether exploring old Delhi and the red fort, or entering an air conditioned Sikh temple, or walking through the Lodi gardens during a thunderstorm, I still didn’t quite “get” Delhi until our last day. 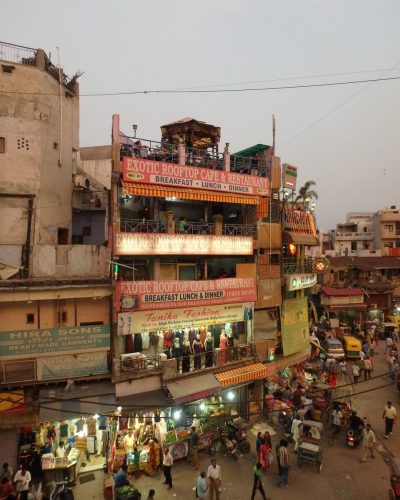 We had just finished up our speaker series with an amazing group of women, and it was time to head to the railway station. On our walk down the street, we split into small groups and each caught a tuk tuk. Not even 10 feet away, we hit a traffic jam and completely stopped moving. Several minutes passed until Sarah and Christophe finally told us to get out so we could hoof it and catch another tuk tuk down the road, past the jam.

On our short walk, not only did it begin raining, but we approached what appeared to be some kind of festival where a group of men and boys were pulling a float, yelling in Hindi, and yoyoing the float back and forth across the street. It looked like a game of tug of war.

After several tries and fails to get a tuk tuk while standing in the pouring rain, a man finally accepted our offer. I had no idea this would my most memorable experience in all of my years of using public transport.

We had an hour to get to the railway station, and were driving during Delhi’s rush hour. Our driver was zigzagging in and out of traffic, driving into the opposite lane of traffic, squeezing in between stopped cars and the 4 feet of sidewalk that was free,  dodging manholes, and eventually hitting another motorist.

After the female motorist our driver hit approached him arguing her point that she had the right of way, he inched up and hit her once again. That was an argument I will never forget, as I was sure there would be a definite backhand from one party or another. 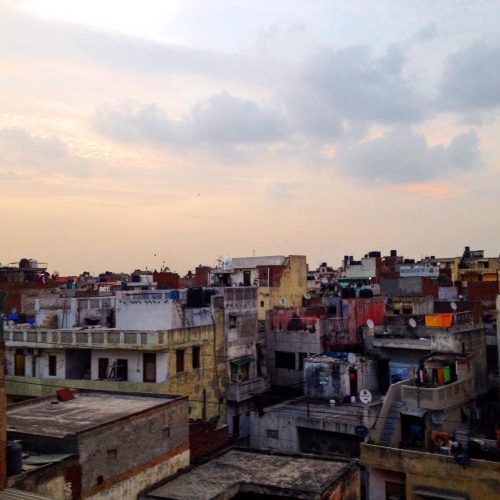 Making it to the train station just 20 minutes before our train was scheduled to leave, we waited in the pouring rain for the rest of tuk tuks to arrive. Of course they were late – isn’t that always the way? We were certain we missed our train once everyone arrived, but came to discover that it had not quite left the station.

Can you picture what happens next? 16 wet foreigners running through the Delhi train station and literally jumping onto the train as it was moving out of the station may have crossed your mind, but probably not.

This was day 5, and perhaps the most authentic Indian experience I think I will ever encounter on this trip. Sometimes India wins and sometimes you win. In this case, the OG Gender and Religion group and India were neck and neck. There have been plenty of times since where India has defeated me, but there is no other way to experience this incredible place other than to open up and let it rush in.