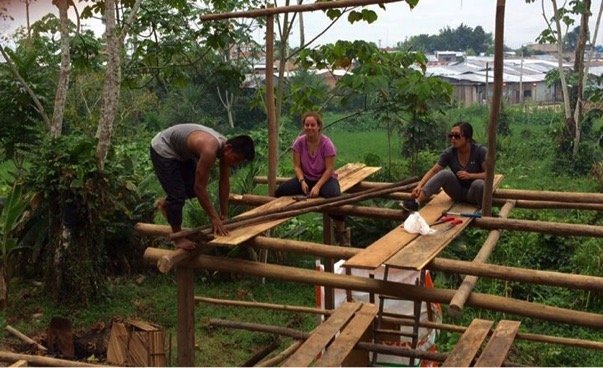 18 Aug Our Adventures in Iquitos

Posted at 20:43h in South America by Eric Schreiber

The OG Amazon Adventure group traveled to the largest city inaccessible by road in the world – Iquitos! After boating down the Amazon River from Puerto Prado, we arrived in Nauta where we spent a few hours learning about the Kukama people’s struggle to keep their culture and language alive as well as the river which is the epicenter of much of their culture. (Learn more about it here and here). Then we took a taxi ride to our main destination – Iquitos! While we there we put our best efforts into our volunteer work, participated in several intriguing activities, and connected with many new people.

During our time in Iquitos, we volunteered for an organization that allows indigenous students to live in a place more similar to their village homes while they attend university in Iquitos city. We met Ruben, Edwin, and Vinnie who we would be working with over the next few days.

A Maloka (a traditional indigenous home) was built for these students to live in, but has deteriorated over the years. Our OG team helped take down the “ojas”, or leaves, used for the maloka’s roof. We took down the wooden frame, and removed the “clavos” (nails) from the wood. Then we sorted the good materials form the rotted materials. The rotted material was burned, while the good material was salvaged to be reused.

On the last few days, we helped tear down and rebuild the smaller maloka, serving as the kitchen. On the final day we took pictures together and said adios to our three new friends.

During our roughly ten days in Iquitos we also participated in many fun activities. On the first day, we divided into teams and went on a scavenger hunt. This was very helpful for learning our way around the big city. In the evening, Lies and Liam, our group leaders, tallied up our points for our scavenger hunts. They were quite the unfair judges, but all in good fun! The elegant and expensive prizes included tissues for last place, panties for second place, and a Peruvian medicine used to put on cuts for first place!

One of our more educational activities involved creating our ideal communities from materials supplied by Liam and Lies. After we finished our creations, we all came together to share what communities each team had made. It was then that we realized that some teams were given more or less grandiose materials than others. The teams given more also had the power to demand supplies from other teams, while the teams given less only got leftovers from the more supplied team. This was an example of the world we actually live in, where some societies have more than others and often take what others value with little or even no compensation.

Another less metaphorical educational activity we participated in was trivia night! We all split up into teams and guessed at fun facts.  Did you know that Peru has more than 3,000 different varieties of potatoes, frogs able to suck their eyes into their heads to help them swallow food, and is home to the maca root (a natural Viagra)?

We went out for ice cream several times and walked along the harbor, observing Iquitos’ night life. We saw several people selling handmade objects ranging from bracelets to dream catchers, as well as a comedy show taking place in the middle of the plaza. 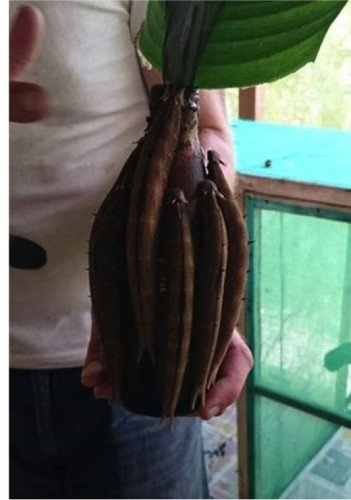 One of our last fun activities included “finding” Lies and Liam via a hint they left us about their location. Once we found them, they took us on a boat ride to Pilpintuwasi, a butterfly farm and animal orphanage centered on nature and wildlife conservation. We learned about many Peruvian animals including jaguars (the third largest feline), pygmy marmosets (the smallest monkey in the world), and several Macaw species (colorful parrots that are often sold on the black market due to their beauty). We also saw many different species of “Mariposas” or butterflies such as the owl butterfly which is a huge butterfly that mimics owl eyes for protection. You can learn more or donate to the environmental protection cause here.

While in Iquitos, we made a lot of new connections with many different people. Ruben, Edwin, and Vinnie told us about their mission to create a safe place, the Maloka, for university students from indigenous places to commonly practice their traditions and feel more at home away from home. It is very important for these students to have a place to feel safe, as many people in the city have biases against them.

We also met a group of LGBQT (Lesbian, Gay, Bisexual, Queer, and Transgender) people. They spoke to us about their challenges being themselves in a society that doesn’t accept them. They told us about their families’ and friends’ reaction to the news that they were not straight. Many of them were disowned by their families because of intolerance. This LGBQT group’s mission is to provide a place for like them to feel comfortable and safe being themselves, to aid in LGBQT persons accepting themselves and feeling more comfortable being themselves in public, and encouraging acceptance, understanding, and tolerance of LGBQT persons within their society. 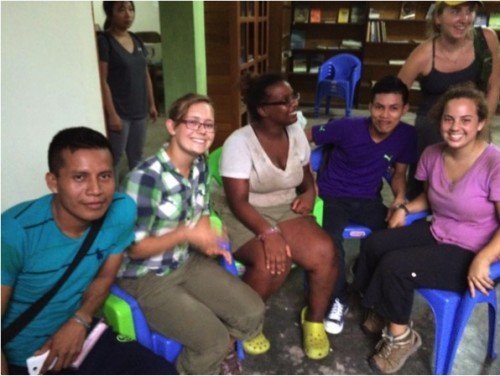 The last group of people we met were indigenous students. We watched a movie about the drilling in the Amazon River and then talked to them about it. We learned about how the government and oil companies did not properly inform the indigenous villages along the river before drilling. We also learned how the oil polluted water is poisoning/killing the river (which the people drink from and bathe in), the animals and plants (which the people eat and build homes from), and in turn the people themselves. For these reasons, the oil drilling has been referred to as genocide of the indigenous population. This is not just a problem for the small villages along the river, but a global problem as the Amazon River carries more than 209,000 cubic meters per second into the Atlantic Ocean which is of course connected to every other ocean on the planet. It accounts for a 5th (more than any other single source) of the world’s fresh water.

That’s all about our awesome time in Iquitos! Gracias for reading!