11 Jun Our First Sortie in the Jungle

Posted at 20:18h in South America by Justine Yu

After 28 short hours on a bus from Lima, 15 weary travelers arrived in Yurimaguas at the departure site of “La Lancha”, the river barge filled with fresh produce and local travelers which would be our home for the next three days! It only took us two nights of losing pieces of our luggage to figure out where to stow our gear in the night, but once we did, the rest of the trip was smooth sailing!

Each morning we were greeted by the smells of the ship’s kitchen and the breakfast bell. In the evenings, the sunset and moon-views were unlike any we had ever seen before. Among other friends we made on our journey, dolphins frequently swam along side of us, jumping and shining in the sunlight.

Three days of relaxation and beautiful scenery on La Lancha were wonderful, but never could have prepared us for our next stop: Nauta!

We were greeted in Nauta with a bang, a LOT of rain, and a few unforgettable nights in the Amazon! When we arrived around midnight we had no idea that an incredible thunderstorm was forming, waiting till the early hours of morning to wake us up. Similarly, the skies opened up above us in Miguel Grau (our first of two indigenous villages we were scheduled to visit) just as we laid down our heads, forcing a hasty reorganization of our “mosquito net city.” After a long day of swimming and playing soccer with the local children, it was tough to reorganize for the night, but despite the water we survived the night and made it to breakfast the following morning! 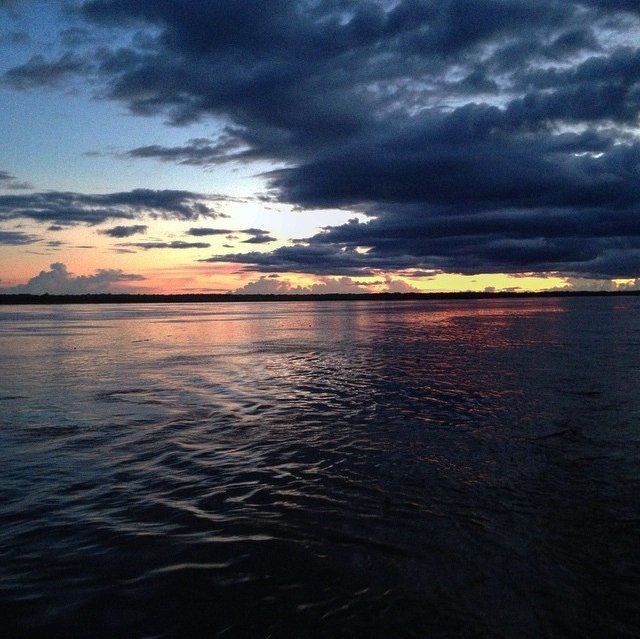 After our first sortie in the jungle, we debriefed at our bungalow in Nauta and quickly got back to work planning our projects to help the Ucamara Radio station, a local radio station that works to preserve indigenous cultures, languages, and people who live in the Amazon and survive off of the river.

After a hard week’s work, food and a good night of rest are in sight and will certainly help to raise the morale of our slightly dampened spirits and bodies!