08 Aug It’s All About the Peruvian Hospitality!

Posted at 10:00h in South America by Operation Groundswell

My name is Brian and I am 18 (the youngest member of this intrepid troop). My arrival in Peru began with an enthusiastic greeting by one of our fearless leaders, Beck who attracted my attention in the airport lobby with a giant sign saying “WELCOME TO OPERATION GROUNDSWELL” in various vibrant colours.

Our actual time in Lima was mostly spent exploring the city: the markets; the coast; and on one night even the bar scene. The city never slept, there was always a moto, always a restaurant, and always, always someone laughing in the streets. 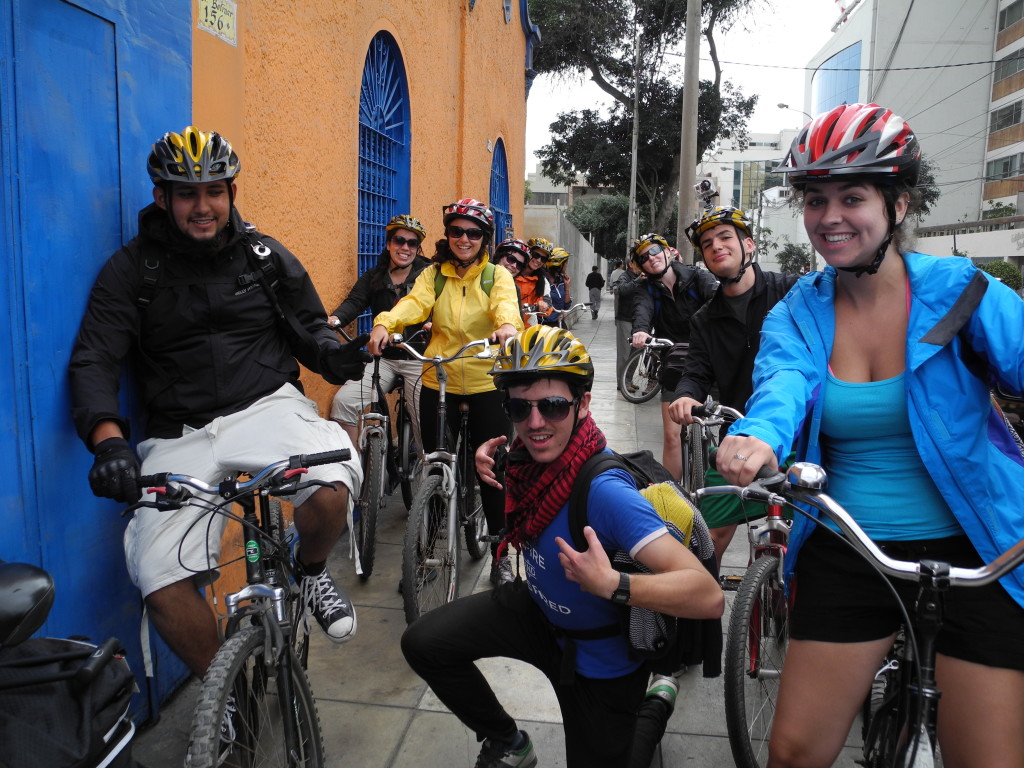 After learning Spanish for about 4-5 days (something which I now wish had lasted MUCH longer) we proceeded on our way on the bus, which would first take us north, and then inland across the Andes. The ride took about 30 hours in total, and after losing much sleep before finally passing out, I awoke to the sight of the Peruvian mountains. As our bus snaked upwards, over, and finally down through the steep peaks of Peru, I realized that this would be an experience unlike anything I’d ever dreamed of before. We would take another bus through the mountains, though this time would prove much more awe inspiring, as our route guided us through a nature reserve. The arcs and crests of the mountains resembled something similar to the rock formations in the Nevada desert…that is, if the Nevada desert was literally covered with more vegetation.

The last leg of our journey before reaching Iquitos was the ferry that would take us up the river. Having very nearly missed the boat, as it left a half hour earlier than we expected, we were then forced to take a series of dug out boats, then moto, then boat, then moto again. We managed to make our way onto the ferry, which didn’t even slow down as we made our approach, only to find it stuffed with various fruits, vegetables, limes, animals, and above all, people. 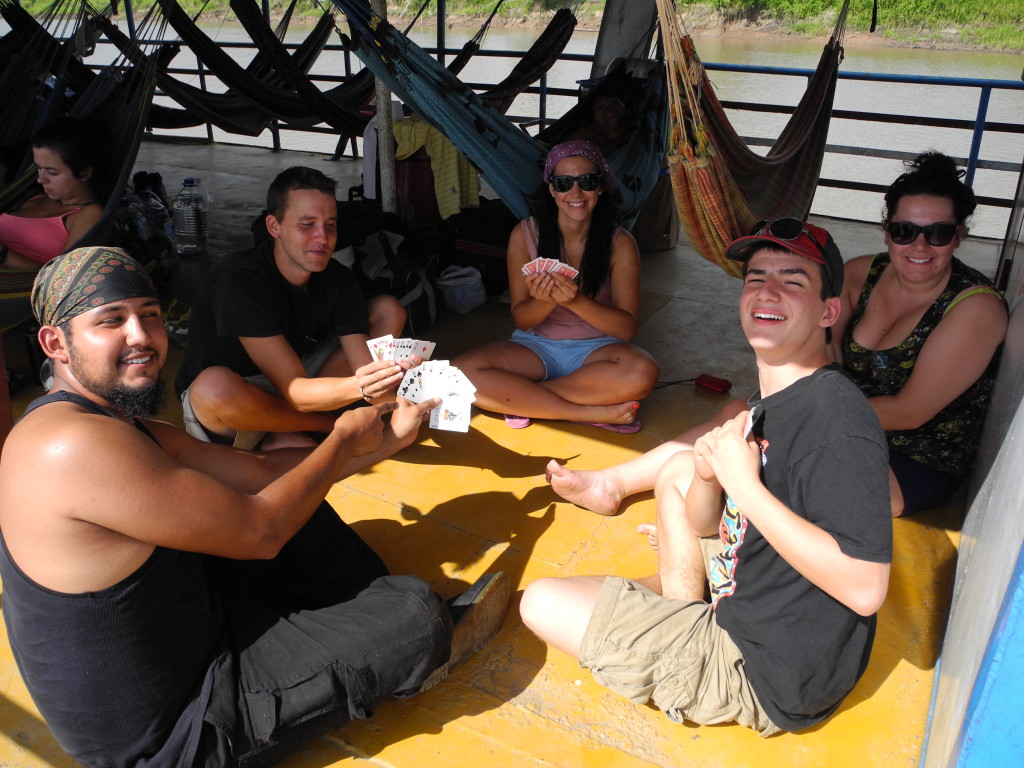 There is so much more that I want to describe for this trip, but there is one aspect of Peru I feel like I have to speak towards: the people. The people here are unlike any I’ve encountered; they’re generous, kind, inviting and above all else, always want to be your friend (despite the huge language barrier!). My time here has been spent in the company of saints! And I’ve already been invited back into people’s homes as family on a number of occasions. Talk about Peruvian hospitality!

I can only hope the rest of my trip is  filled with as much warmth and kindness!