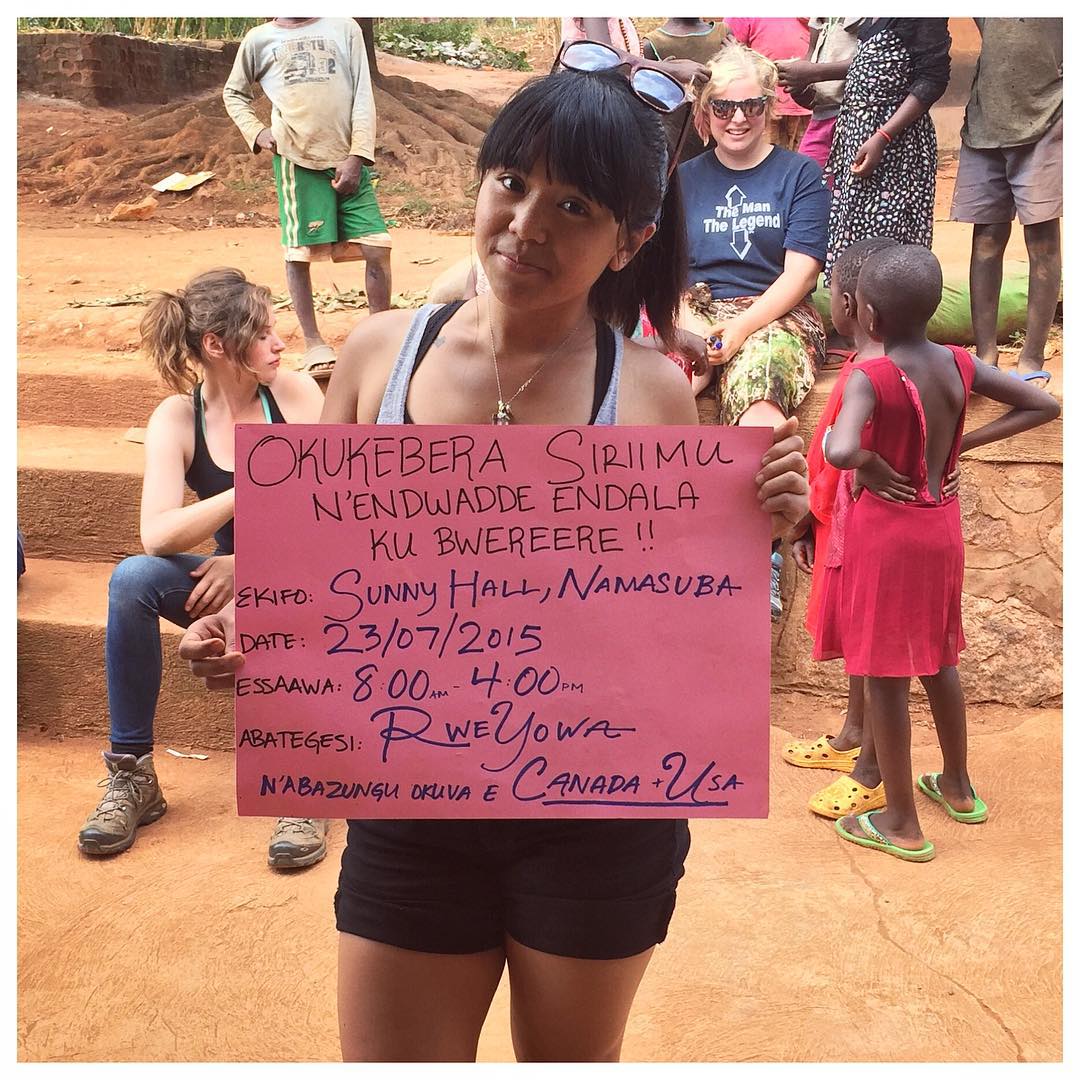 Posted at 20:35h in East Africa by Eric Schreiber

We began our journey with RWEYOWA on a scorching hot day, after a fourteen-hour-long bus ride from Nairobi to Kampala.

At the Kenyan border we were greeted with bright florescent lights, hovering in the empty darkness and lingering sleep that seemed to encompass the rest of the highway. We entered the soon-to-be-packed border line-up and shuffled our way to the window. When we finally got to the front they wouldn’t let us leave Kenya because we didn’t have the original copy of our E-Visas, so they had to check each one of our passports individually in the system before letting us through. The Uganda border was no better, changing the visa cost from 50 USD to 100 USD suddenly with no warning, leaving most of us in a slump. Seeing as most of us already didn’t have enough cash to cross, Shamira had to scramble for enough to afford them all, which simultaneously pissed off the bus driver because we took so long trying to budge our way to the front of the colossal lineup. On the other side was Uganda, no sunlight to be seen, and we crept our way back onto the bus and hopefully slept the rest of the way there.

In mid-afternoon we were summoned for orientation and introduction with RWEYOWA. We walked down the bumpy road, glowing red in the sunlight. The rich soil would eventually make its way into everything we own and dragged into our rooms by the underside of our shoes. At the beginning we tried to stop the dusty invasion, but by the end of the week had embraced it, letting it stain our skin and change the color of our socks.

What was the goal of this week? To host a free clinic that did HIV testing. 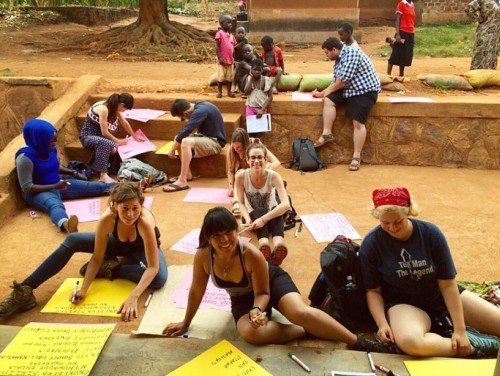 On the first full day we spent a good 3 hours making posters. We made so many, in fact, that the ink went dry and we had to buy several more boxes of pens to compensate. We weren’t alone though, surrounded by the local kids who started as just five or six watching Tyler write and grew into almost twenty mixing among all of us, climbing on bars or sitting in a circle around us on the pavement. At the beginning they just hovered and watched us write, occasionally stealing pens and drawing all over their skin. Then they started to help us, writing the posters and taking turns borrowing our camera’s and taking pictures of both themselves and ourselves, working away at what felt like a never-ending task at the time.

We put up as many posters as we could and handed out flyers to every person we saw for two days straight, hoping that the message would reach enough people.

There were two clinics that were hosted. At Elgon medical center where I, Claudia, Rachelle, and Tyler were posted, we tested 233 people. They lined up for hours to get the testing. When I asked Tony, a RWEYOWA representative, how accessible HIV testing is for most people, he said that most couldn’t afford it or couldn’t afford to take the time to travel to a free clinic that was usually hosted far away from the rural areas. This was why we were so important. We brought the clinic to an area that would not normally have that service, and changed the lives of quite a few people, whether they were negative and got counseling on how to prevent it, or positive and got treatment and information on how to live their lives from that point. But at the same time, it was eye opening how important this service was. Out of the ten that tested positive at Elgon, the youngest was four months old. Services like this need to be more available in smaller areas like this for things like this to be prevented. A four-month-old shouldn’t have HIV. Part of the money that was donated was put towards this clinic and the cost of supplies and test material. Your money directly affected a whole towns future. 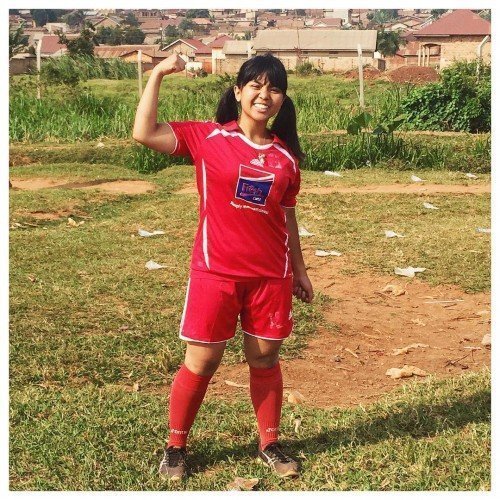 As for the rest of the week afterwards, it was much more relaxing. We cruised the local markets and clubs in Kampala, played a football game and won 3-0, and swam at Lake Victoria and ate fire roasted Nile Perch and chips.

As we departed Namasuba, the crisp night air still lingering, the sun not yet raised, we left behind an eye opening experience, wondering where the rest of the trip would take us. I knew that I would miss Mama’s food the most, hot chapatti and banana’s for breakfast, her cabbage, potatoes, and avocado at almost every meal, and her warm smile as she set food on the table. But the future held more adventures, and the trip was only beginning.

Change, effective change, can only be made when we ourselves adapt. As volunteers, our lasting effect is governed by our willingness to learn as well as manage. Without our ability to embrace our naivety we can make no difference, but if we paint on a blank canvas, sometimes we may surprise ourselves and create something beautiful.