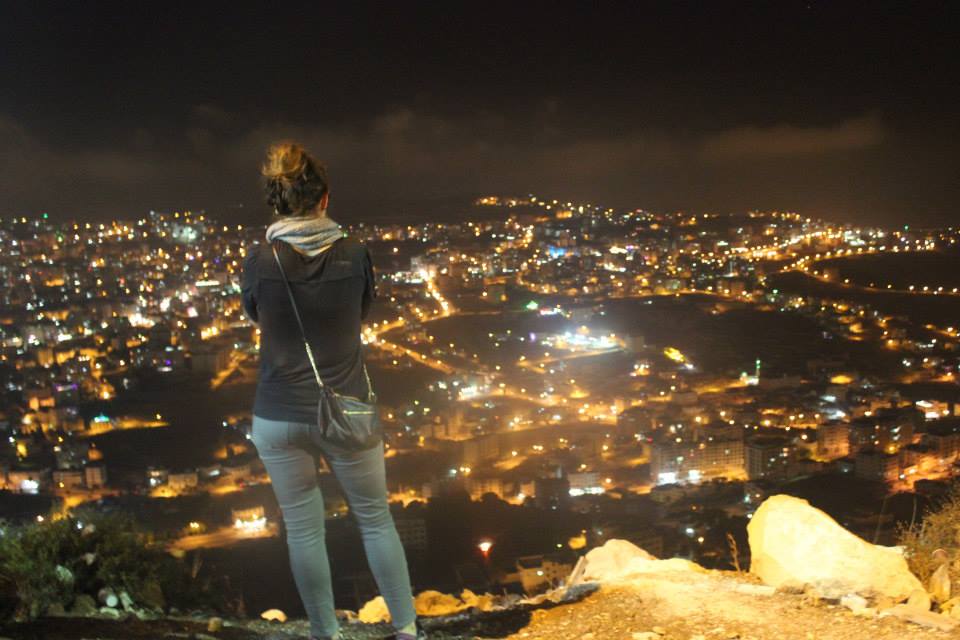 26 May Real Life in the Old City

Posted at 22:14h in Middle East by Operation Groundswell

Matt and I have been in Jerusalem for a little over a week now preparing for this year’s Middle East: Behind the Headlines program, and man are we excited!!! Just a few short days until desert treks, thought provoking discussions, and living in the most badass apartment on this side of the Suez.

For now we are chilling out at our hostel in the Old City, just inside Damascus Gate. It’s my first time spending more than a night or two in Jerusalem, and living inside the Old City is an experience in itself.

Last night I hiked up to the top of the Mount of Olives for sunset with a couple of people from our hostel. As the sun sank behind the skyline of ancient domes, minarets, steeples, and construction cranes building high rises in the background, I started thinking about what a crazy city this is. Within a few minutes, church bells started ringing, the call to prayer began, and “HaTikvah” (Israel’s national anthem) rang out over the city (that one’s not normal, might’ve been a football game going on or something). Jerusalem is defined by its religious identities and cultural history as well as the ongoing political tensions that permeate the region, and in the center of it all is the Old City. 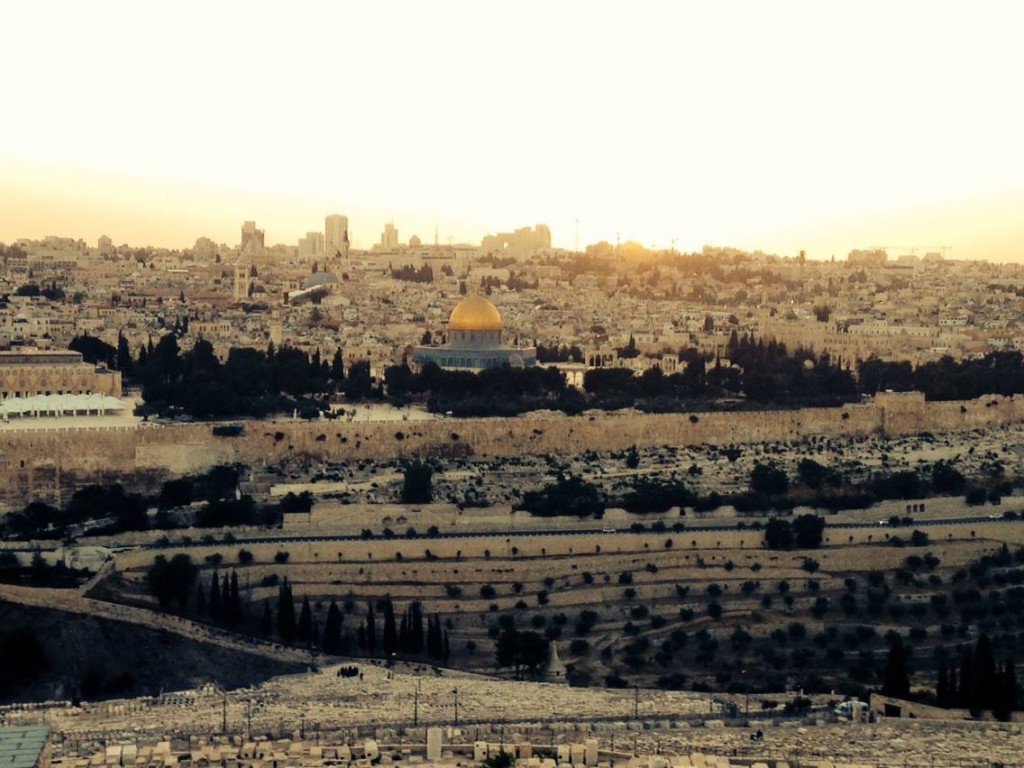 The Old City at Sunset

Daily life in the OC is a trip. There are the predictable throngs of fanny-packed tourists, microphoned tour guides furiously trying to corral their groups with waving flags or frantic instructions, expensive tourist trap restaurants, the Orthodox families practically flying down the steps to get to the Kotel before sunset on Fridays, and the shop owners heckling passersby for a sale. 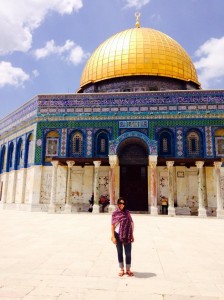 Miriam at the Dome of the Rock

Then there’s the real deal. After dark, when the crowds thin, normal life is revealed. On our walk back to the hostel, I kick a ball back to some kids playing soccer on a tiny side street. Around the corner, teenagers are challenging each other at Pac-Man in an arcade, and next door cigarette smoke pours out of a busy barber shop. The sound of an engine means you better look twice before going around that corner so you don’t get flattened by the mini tractor-trailer that carries out the daily trash. A tiny, Old City-sized gym a few shops away is at full hilt, and the street cats begin their nightly assaults (on each other, our ears, etc.) It’s easy to forget that people still live in this tiny walled city where no street is much wider than a living room couch. But they do and it’s pretty damn cool.

Back at our hostel, we settle into our hostel roles: vying for the shared shower, snagging the best seat in the lobby, fixing a snack. A mural of the Dome of the Rock reminds me that in my PJs, I’m only some steps away from some of the most famous sites in the world.

The insane proximity of this city, country, and region, as well as the constant contradictions of old and new is what keeps me fascinated and keeps me coming back. I can’t wait to throw a bunch of awesome OG backpackers into the center of it all!! Bring it on, summer 2014!