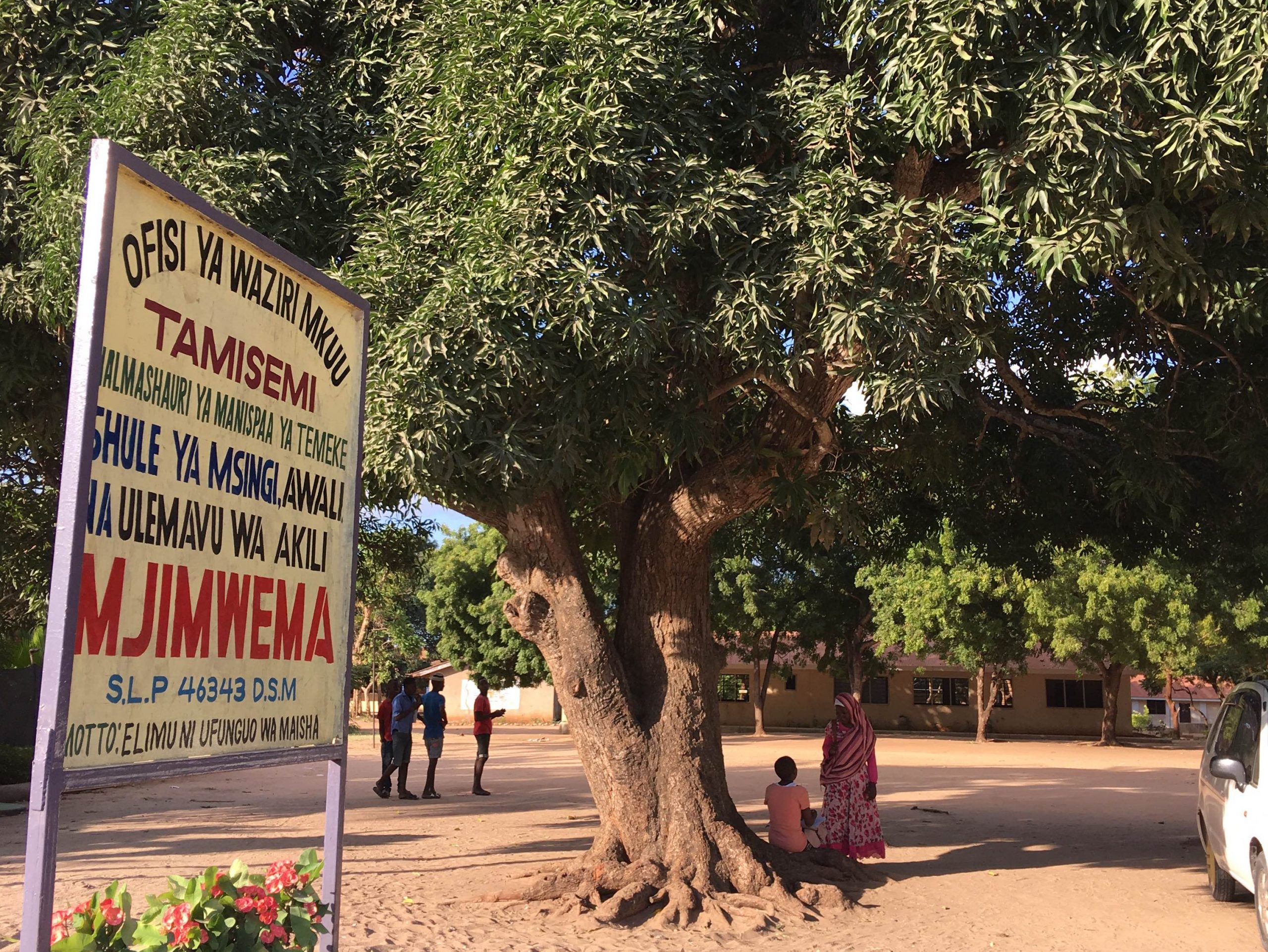 Posted at 14:31h in East Africa by Anna Cunningham

We’ve been in Tanzania for about one week, and it’s been quite the experience. After a 48-hour span of flights, I was immediately surrounded by 12 strangers from the U.S. and Canada, all excited to get to know each other and see what the next forty days had in store. I didn’t know what I was getting into, but I was ready.

Our first set of projects was at a school called Mjimwema Primary School,  where we partnered with an NGO called Kipepeo. In the mornings we broke out into teams and painted four of the classrooms at the school, and after lunch we came back and paired off with 2-3 kids in grades 5-7 to prepare them for an upcoming spelling bee. At the end of it all we were able to see the great contribution we made to the school, and the impact and confidence we instilled in the children.

Mjimwema Primary School is one of the only free schools in the community. Because of this, each grade has over 200 kids to one teacher for each subject. When you arrive, you see hundreds of kids gathered around one teacher on some part of the yard going  through the daily lessons. The head teacher of the school took us through and explained that they get about 279,000 TSH (about $130 USD) from the government, which is not enough to support the teachers and really fix up the school, built in 1974. One of the other teachers mentioned that they would, in the future, like to fix the roofs of the classrooms so that students can go to school during rainy season. There’s a lot of work to do, but small steps can make a big impact in the future and I feel great about what we’ve done.

One thing  I can take away from this past week is recognizing my privilege. Regardless of my socio-economic status back in the Western Hemisphere, the fact that I am able to travel to Tanzania means that I have some sort of privilege. As a result, it’s easy for me to get caught up in what works and how things are done in the USA, but significant and sustainable volunteering can’t be seen through through the eyes of an American. For example, while painting I was able to catch a glimpse of kids playing with a handmade soccer ball. It would be easy for me to say, “Oh, I should buy these kids soccer balls they can play with at school,” but is it something they really need? Who am I to say that their handmade soccer ball isn’t as good as a soccer ball from America? It’s important to view the projects we came to do with an understanding of the culture, focusing on what is important or needed in the community.

In each project we embark on, I want the work that the OG team and I do to have a positive impact and to contribute to the overall growth and mission of the NGOs that we are partnering with. I plan on approaching each situation critically, doing my best to understand the community and neglect my western ideals, which could leave a negative impact. I look forward to the projects and challenges we will embark on in the upcoming weeks. Until next time!