Posted at 05:38h in Middle East by Operation Groundswell

OG Middle East 2012 has officially kicked off and we have been spending the past few days doing so many things! After getting acquainted to our new neighbourhood in West Jerusalem by exploring the local market (‘shouk’ in Hebrew, ‘souk’ in Arabic) and learning how to bargain for a good deal, we began to meet with some of the project partners. We visited the Rabbis for Human Rights office on Tuesday to learn more about their organization and the conflict in the region.  We had the opportunity to speak with a 20 year old Israeli citizen who got exempted from military service and is now doing civil service with RHR.  It was interesting to hear her perspective on the Israel Defence Forces and the process of being exempted, as well as how that impacted her image in Israeli society. 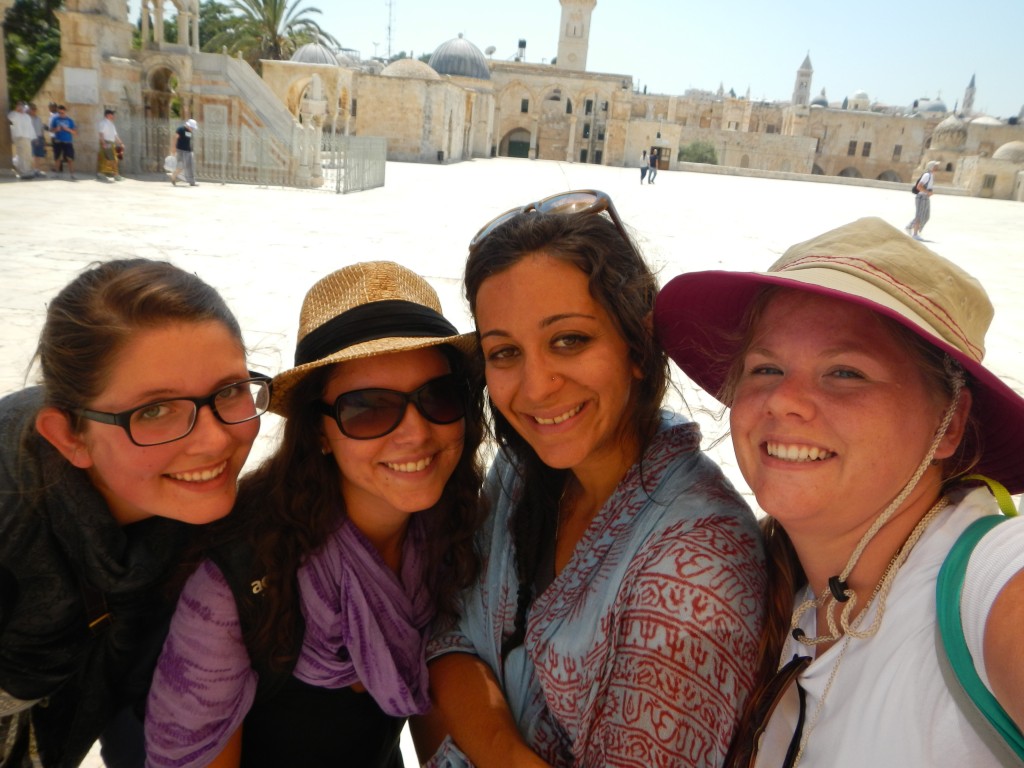 The ladies of the OG Middle East trip

Wednesday was spent exploring the historic neighbourhood of old Jerusalem through a fun challenge to learn about the history of important sites such as the Western Wall, Dome of the Rock and Church of the Holy Sepulchre.  Most of us endured the wait to visit the Temple Mount during the one hour it was open to the public.

Today we traveled 1.5 hours south to the Bedouin village of Al-Araqib for our first volunteer project. We spent the morning digging and salvaging what was left of their demolished homes so that they could be rebuilt. It was hot and dirty, but fantastic!  It was amazing to hear the passion and conviction of Aziz about how determined he was to keep his village.  It was very moving to see their hospitality during such a trying time. His children were also very spirited and helpful.

Tomorrow we are going to Hebron Hills to meet with soldiers in an organized tour called Breaking the Silence.  As tomorrow is also Shabbat, the day of rest, we are going to the Old City again to see everything before it begins.  It should be an educational day!

Til then,
Danielle and Ameena
OG Middle East Participants